The Mystery of Romantic Love in the Modern Age

The mystery of romantic love has puzzled people for centuries. In 1862, Lewis Douglass wrote his future wife, Amelia Loguen, as follows:

"Men and women talk of love, can anyone describe it? Can anyone give the reason why one person loves another to the exclusion of everyone else….I know many ladies, who are amiable, kind, talented and refined, all that a man could wish, and yet I cannot love them or do not love them as I love you, and they may be like you, but to me they are different…So, I say reason or no reason, some undefinable force attracts me to you, and I have no means of resisting it and would not if I had."

During the Roman era people believed that a special nerve ran from the ring finger directly to the heart. In the Middle Ages, many marriages were private affairs, which took place without the benefit of witnesses or even a priest. This was deeply upsetting to the Church, which succeeded in carving out a larger, lasting role for itself in the proceedings. While having the official blessing of the Church was comforting to many people, careful brides also sought to protect themselves by wearing something blue. This practice dates from a time when the belief in spirits and the Evil Eye were widespread. One well timed malicious glance was thought to be enough to render a bride infertile. Wearing something blue was seen as an effective way to neutralize the curse.

On Wednesday, July 10 at 11:00 a.m., Lauren Harris, a PhD Candidate in Sociology at the University of Pennsylvania, will discuss "The Evolution of Marriage," in the 4th Floor Skyline Room. She notes that marriage has changed more in the last 50 years, than it has in the 4,000 years prior to that. Marriage began as a kind of contract binding two families together. It eventually evolved into a partnership of two individuals bonded by mutual love.

On Wednesday, July 24 at 11:00 a.m., Lauren Harris returns to offer a second program, "What You Should Know About Online Dating." This program is designed for smart, skeptical seniors who want to stay safe while meeting new friends and potential romantic partners. Please join Lauren in the 4th Floor Skyline Room for this important program. If you have wanted to start dating again, but have held back because of doubt or uncertainty, this program is for you.

If you have questions about either event, please contact Dick Levinson of Central Senior Services at levinsonr@freelibrary.org .

In the meantime, if you’d like to learn more about the topics discussed here, we recommend the following books, which are available from our catalog: 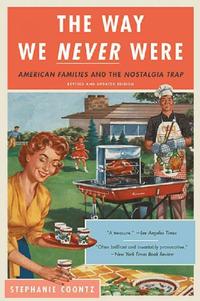 The Way We Never Were:  American Families and the Nostalgia Trap by Stephanie Coontz
Acclaimed historian Stephanie Coontz provides a myth-shattering examination of two centuries of the American family, sweeping away misconceptions about the past that cloud current debates about domestic life. 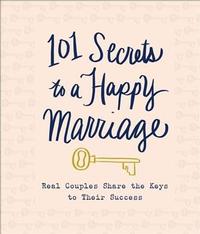 101 Secrets to a Happy Marriage: Real Couples Share the Keys to Their Success by Harry Harrison
Provides words of wisdom and anecdotes from eighty-seven couples who speak from real-life experience―ranging three to fifty years―for anyone who needs encouragement and proven advice to create a fulfilling and joyful marriage. Included are doses of humor and food for thought for fostering love, peace, and harmony every day for the rest of your married life. 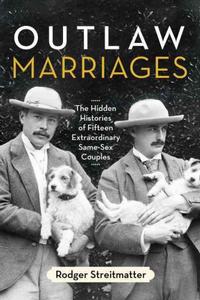 Outlaw Marriages: The Hidden Histories of 15 Extraordinary Same-Sex Couples by Roger Streitmatter
Reveals how some of these unions didn’t merely improve the quality of life for the two people involved but also enriched the American culture. Among the high-profile couples whose lives and loves are illuminated in the following pages are Nobel Peace Prize winner Jane Addams and Mary Rozet Smith, literary icon Gertrude Stein and Alice B. Toklas, author James Baldwin and Lucien Happersberger, and artists Jasper Johns and Robert Rauschenberg.

The mystery of romantic love has puzzled people for centuries...
Add a Comment