Happy birthday to the beloved children’s writer—and the voice in the ears of editors everywhere—E.B. White!

A regular essayist for the New Yorker for half a century, White is best remembered for three remarkable books: Stuart Little, Charlotte’s Web, and The Trumpet of the Swan. Generations of parents and children have cherished these stories because of White’s understanding that complex emotion is not just for grownups; his animal characters are joyful and sad, terrified and angry, deeply loving and totally confused. Today, we’re remembering why these books are just as important today as they’ve ever been. 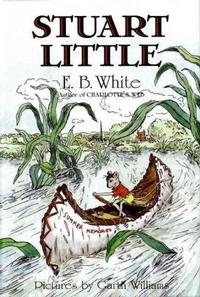 Stuart Little written by E.B. White and illustrated by Garth Williams
Stuart Little, a child who looks like a mouse, lives with his human parents in a New York apartment; they are a loving and happy family, with the exception of Snowbell the housecat, who struggles with the instinct to eat Stuart. The family perseveres through the difficulties that come from raising such a special child, and Stuart survives a number of adventures before meeting and befriending an injured bird named Margalo. When Margalo disappears, chased off by unfriendly neighborhood cats, Stuart embarks on a journey to find his lost love. In a more typical children’s story, the pair would be reunited and live happily ever after, but Stuart Little ends on a poignant, ambiguous note, leaving readers to imagine an ending for themselves. 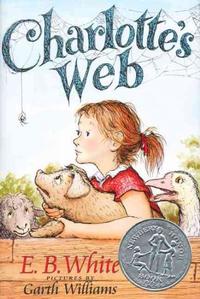 Charlotte’s Web written by E.B. White and illustrated by Garth Williams
One of the bestselling and most-loved children’s books in the English language is also one of the most sad—a story about love, grief, and the passing of one generation to the next. Wilbur is a young pig who is terrified of dying—which he knows is the fate of all the pigs on his farm. His barnyard comrades offer different viewpoints on life and death, but it is Charlotte the spider, a killer herself, who hatches the plan to save Wilbur’s life by making the humans think he is special. The child who has stayed up at night worrying about the future, or who has been afraid of things they can’t understand, will identify with Wilbur, and the parent who has sacrificed for their child will see themselves in the selfless and tragic Charlotte. 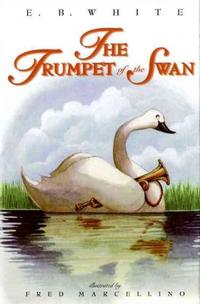 he Trumpet of the Swan written by E.B. White and illustrated by Edward Frascino
A story about a child growing up with a disability and his caregivers’ efforts to help him follow his dreams. In this case, the child is a swan named Louis who cannot speak; in a quest to make his voice heard, he pursues a career as a trumpet player. As Louis’s music career takes him all over North America, we witness the many ways in which family and friends practice self-denial to support each other, and the compromises that society requires in order for us to achieve our goals and be with the people we love. 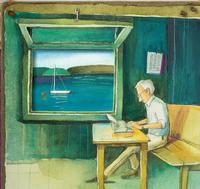 Illustration of E.B. White writing away at his typewriter, from the biography Some Writer: The Story of E. B. White!
Add a Comment