It's All Just a Little Bit of History Repeating Itself Again

History is endlessly fascinating to me; twentieth-century history in particular is full of triumphs and dark chapters. Sometimes it takes some distance to get perspective on events of the day and to notice patterns in history. Recent years have seen the publication of many award-winning, engaging, and accessible examinations of past historical events. How can we know where we are going if we don’t know where we’ve been? Read on... 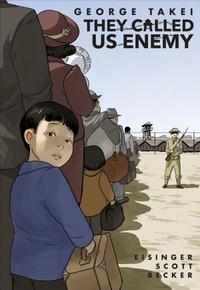 They Called Us Enemy by George Takei
A stunning graphic memoir recounting actor/author/activist George Takei's childhood, where he was imprisoned within American concentration camps during World War II. Experience the forces that shaped an American icon—and America itself—in this gripping tale of courage, country, loyalty, and love. George Takei has captured hearts and minds worldwide with his captivating stage presence and outspoken commitment to equal rights, but long before he braved new frontiers in Star Trek, he woke up as a four-year-old boy to find his own birth country at war with his father's -- and their entire family forced from their home into an uncertain future. In 1942, at the order of President Franklin D. Roosevelt, every person of Japanese descent on the west coast was rounded up and shipped to one of ten "relocation centers," hundreds or thousands of miles from home, where they would be held for years under armed guard. This graphic novel is Takei's firsthand account of those years behind barbed wire, the joys and terrors of growing up under legalized racism, his mother's hard choices, his father's faith in democracy, and the way those experiences planted the seeds for his astonishing future. What is American? Who gets to decide? When the world is against you, what can one person do? 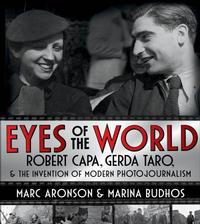 Eyes of The World: Robert Capa, Gerda Taro, and the Invention of Modern Photojournalism by Marc Aronson and Marina Budhos
Robert Capa and Gerda Taro were young Jewish refugees, idealistic and in love. As photographers, they set off to capture their generation's most important struggle—the fight against Fascism. Among the first to depict modern warfare, Capa and Taro took powerful photographs of the Spanish Civil War that went straight from the devastation to news magazines. In so doing, they helped give birth to the idea of "bearing witness" through technology to bring home tragedies from across the world. Packed with dramatic photos, posters, and maps, this compelling book captures the fascinating story of how photojournalism began. The first few chapters about the rise of Fascism have an almost eerie familiarity.
A YALSA Award for Excellence in Nonfiction for Young Adults Finalist. 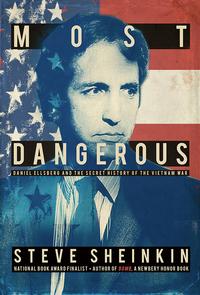 Most Dangerous: Daniel Ellsberg and the Secret History of the Vietnam War by Steve Sheinkin
This is the true-life story of how a man named Daniel Ellsberg transformed from obscure government analyst into "the most dangerous man in America," and risked everything to expose the government's deceit. On June 13, 1971, the front page of the New York Times announced the existence of a 7,000-page collection of documents containing a secret history of the Vietnam War. Known as The Pentagon Papers, these documents had been comissioned by Secretary of Defense Robert McNamara. Chronicling every action the government had taken in the Vietnam War, they revealed a pattern of deception spanning over twenty years and four presidencies, and forever changed the relationship between American citizens and the politicans claiming to represent their interests.
Winner of the 2016 YALSA Award for Excellence in Nonfiction for Young Adults. 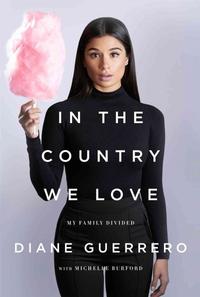 In the Country We Love by Diane Guerrero
Diane Guerrero, the television actress from the megahit Orange Is the New Black and Jane the Virgin, was just fourteen years old on the day her parents and brother were arrested and deported to Colombia while she was at school. Born in the U.S., Guerrero was able to remain in the country and continue her education, depending on the kindness of family friends who took her in and helped her build a life and a successful acting career for herself, without the support system of her family. In this moving, heartbreaking story of one woman's extraordinary resilience in the face of the nightmarish struggles of undocumented residents in this country, is also a tale of personal triumph that casts a much-needed light on the fears that haunt the daily existence of families likes the author's and on a system that fails them over and over. There are over 11 million undocumented immigrants living in the US, many of whom have citizen children, whose lives here are just as precarious, and whose stories haven't been told. 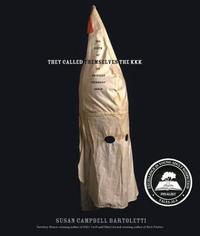 They Called Themselves the KKK: The Birth of an American Terrorist Group by Susan Campbell Bartoletti
"Boys, let us get up a club." With those words, six restless young men raided the linens at a friend’s mansion, pulled pillowcases over their heads, hopped on horses, and cavorted through the streets of Pulaski, Tennessee in 1866. The six friends named their club the Ku Klux Klan, and, all too quickly, their club grew into the self-proclaimed Invisible Empire with secret dens spread across the South.This is the story of how a secret terrorist group took root in America’s democracy. Filled with chilling and vivid personal accounts unearthed from oral histories, congressional documents, and diaries, this account from Newbery Honor-winning author Susan Campbell Bartoletti is a book to read and remember.
A YALSA Award for Excellence in Nonfiction for Young Adults Finalist. 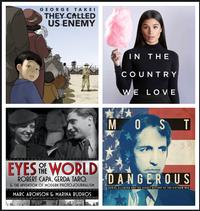 Recent years have seen the publication of many award-winning, engaging, and accessible examinations of past historical events.
Add a Comment