Our suggestions for August are notably of the inspirational type – new books about poet and civil rights activist Maya Angelou and famous physician Oliver Sacks, as well as a documentary about legendary singer Aretha Franklin. Or try out one of the many fiction titles that we've recommended. You can find these new titles in our catalog and at a neighborhood library near you! 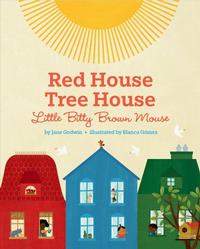 Red House, Tree House, Little Bitty Brown Mouse written by Jane Godwin; illustrated by Blanca Gómez
A little mouse makes her way around the world, and invites preschoolers along as she sets out: "Red house / Blue house / Green house / Tree house! / See the tiny mouse in her little brown house?" Seamless, simple, and inspiring, the rhyming story abounds in concepts for the very young, with a particular focus on colors, and a delightful search-and-find element on every spread—the intrepid mouse herself! 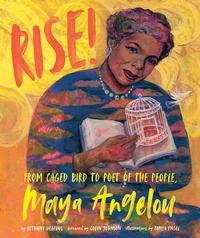 Rise! From Caged Bird to Poet of the People, Maya Angelou written by Betheny Hegedus; illustrated by Tonya Engel
To celebrate the 50th anniversary of I Know Why The Caged Bird Sings by Maya Angelou, this evocative and beautiful picture-book-format tribute perfectly captures the scope and style of Dr. Angelou’s life in both Engel’s symbolic, folkloric oil paintings and Hegedus’ rhythmic spare words. Dr. Angelou’s multifaceted life and emotions are sensitively portrayed, with the joys of discovering words and performance and professional success depicted alongside the deep sorrow of childhood trauma. Back matter—including a full timeline and selected bibliography—names the sexual assault delicately mentioned in the text and offers resources for readers in need of support. A foreword frames this biography as an opportunity for conversation, hoping that children may learn from the courage displayed by Angelou. 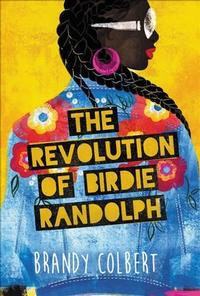 The Revolution of Birdie Randolph by Brandy Colbert
Dove "Birdie" Randolph works hard to be the perfect daughter and follow the path her parents have laid out for her: She quit playing her beloved soccer, she keeps her nose buried in textbooks, and she's on track to finish high school at the top of her class. But then Birdie falls hard for Booker, a sweet boy with a troubled past... whom she knows her parents will never approve of. When her estranged aunt Carlene returns to Chicago and moves into the family's apartment above their hair salon, Birdie notices the tension building at home. Carlene is sweet, friendly, and open-minded—she's also spent decades in and out of treatment facilities for addiction. As Birdie becomes closer to both Booker and Carlene, she yearns to spread her wings. But when long-buried secrets rise to the surface, everything she's known to be true is turned upside down. 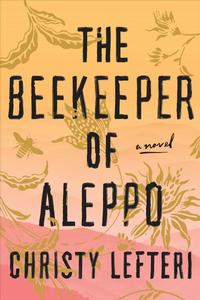 The Beekeeper of Aleppo by Christy Lefteri
Nuri is a beekeeper and Afra, his wife, is an artist. Mornings, Nuri rises early to hear the call to prayer before driving to his hives in the countryside. On weekends, Afra sells her colorful landscape paintings at the open-air market. They live a simple life, rich in family and friends, in the hills of the beautiful Syrian city of Aleppo—until the unthinkable happens. When all they love is destroyed by war, Nuri knows they have no choice except to leave their home. But escaping Syria will be no easy task: Afra has lost her sight, leaving Nuri to navigate her grief as well as a perilous journey through Turkey and Greece toward an uncertain future in Britain. Nuri is sustained only by the knowledge that waiting for them is his cousin Mustafa, who has started an apiary in Yorkshire and is teaching fellow refugees the art of beekeeping. As Nuri and Afra travel through a broken world, they must confront not only the pain of their own unspeakable loss but dangers that would overwhelm even the bravest souls. Above all, they must make the difficult journey back to each other, a path once so familiar yet rendered foreign by the heartache of displacement. 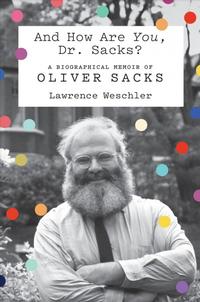 And How Are You, Dr. Sacks?: A Biographical Memoir of Oliver Sacks by Lawrence Weschler
The author recounts his long friendship with Sacks, focusing on the early 1980s when Weschler was trying to write a New Yorker profile and biography of the doctor. What results is a memoir of what his subject told him about his life, work, and his wide-ranging interests over the several-years-long course of Weschler's labor on the profile and the development of a friendship that ended only with Sacks' death. 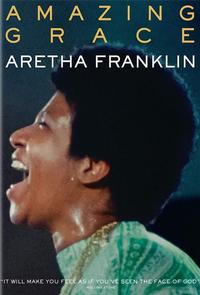 Amazing Grace | Starring: Aretha Franklin, James Cleveland, New Bethel Baptist Church Choir | Directed by Sydney Pollack and Alan Elliott (Release date August 6, 2019)
This documentary presents footage from a 1972 concert at a Baptist church in Los Angeles where Aretha Franklin performed some of her bestselling gospel songs. In the Los Angeles conclave of Watts at the New Temple Missionary Baptist Church, she was just hitting her stride, yet the whole world already knew her name. Over her long and distinguished career, Aretha Franklin must have won at least one heart for every high note that she hit. Witness the Queen of Soul in action, backed up by the New Bethel Baptist Church Choir, at the height of her musical prowess. 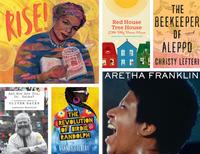 Check out these new titles available in August in our catalog and at a neighborhood library near you!
Add a Comment