Announcing the 2020 One Book, One Philadelphia Selection!

There’s a new book in town! This morning, in partnership with the Office of the Mayor, the Free Library announced the title of the 2020 One Book, One Philadelphia featured selection.

Are you ready? This year, Philadelphia will be reading… 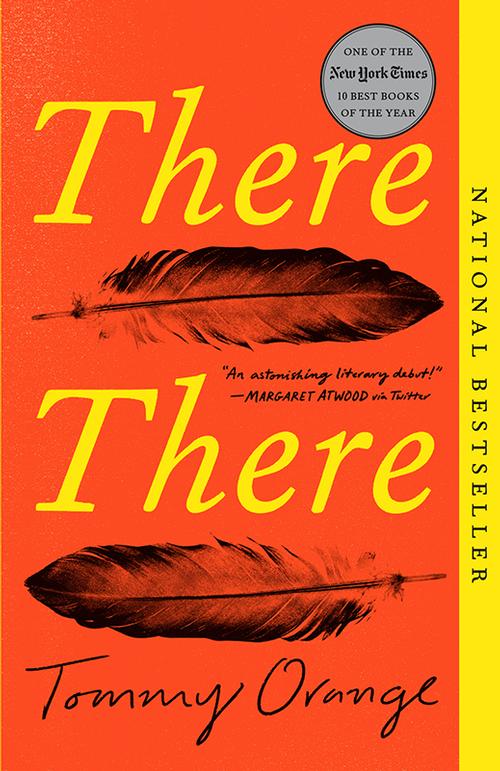 There There by Tommy Orange

We are thrilled to share There There by Tommy Orange as the official selection for the 18th year of One Book, One Philadelphia. Hailed as an instant classic, There There is "funny and profane and conscious of the violence that runs like a scar through American culture" (Seattle Times).

The selection committee found this novel to be compellingly specific, providing nuanced accounts of the places and people it describes.

The themes of the novel, including Indigenous erasure, self-representation, and healing, provide the opportunity to reflect on these issues as they relate to the present and future Lenape and pan-Indigenous experiences represented in Philadelphia.

Set against a backdrop of sacred traditions, historical violence, and the metropolis of Oakland, California, Tommy Orange’s award-winning debut novel is "a comic vision haunted by profound sadness" (Louise Erdrich). There There is a multi-voiced epic of 12 Native characters whose lives intertwine across the urban landscape in ways they may not yet realize. They’re all headed to the Big Oakland Powwow and toward a crescendo of sacrifice, unspeakable loss, and loving heroism.

There There, a finalist for the Pulitzer Prize, is a New York Times bestseller and one of the New York Times' 10 best books of the year. Author Tommy Orange received the PEN/Hemingway Award, the National Book Critics Circle John Leonard Prize, and the Center for Fiction’s First Novel Prize for There There. He is a 2014 MacDowell Fellow and a 2016 Writing by Writers Fellow, as well as a recent graduate of the MFA program at the Institute of American Indian Arts in Santa Fe, New Mexico. An enrolled member of the Cheyenne and Arapaho Tribes of Oklahoma, Tommy Orange was born and raised in Oakland, California.

What are you waiting for? Check out your ebook, audiobook, or paperback copy from the library today! As we begin reading, stay tuned to the One Book blog for discussion guides and conversation during this reading period before the start of the official programming in January.

You won’t want to miss Tommy Orange’s visit to the Parkway Central Library on January 22, to kick off eight weeks of One Book programming! With an original performance by Curtis Institute of Music composer Elise Arancio, this event will feature a discussion with Tommy Orange and 6ABC’s Tamala Edwards followed by a book signing. Between this kickoff event and the finale on March 18, more than 100 events including book discussions, mixed-media art and music workshops, film screenings, poetry readings, community panels, and creative writing workshops all based on the themes of There There.

This year’s One Book season will conclude on March 18 with a finale event, in collaboration with We Are the Seeds, which includes a curation of multimedia performances by contemporary Native artists and a panel discussion with the artists.

Additionally, we invite our young readers to participate in these events and join the citywide conversation with youth companion books, including the YA book If I Ever Get Out of Here by Eric Gansworth and the children’s book When We Were Alone by David Robertson and illustrated by Julie Flett.

This year, Philadelphia will be reading…There There by Tommy Orange!
1 Comment | Add a Comment
I am on the board of Musicopia, a non profit. In the past we have gotten the One Book children's book for a classroom in one of our public schools. Is it too late? Thank you, Debbie Singer 610 299 7286
Debbie singer - Philadelphia