The 'Song-Poems' concert series, which debuted in the Spring of 2019, is finishing up this calendar year with three special events. The concert series invites Philadelphia-based musicians to come into the library and utilize the Literature Department's vast collections of poetry to inspire them to create new works—either by adapting already written poetry or by coming up with altogether new material inspired by something from the collection.

Our spring lineup consisted of a variety of musical styles: bedroom-pop, noise music, punk, folk, and electronic music. Patrons were invited to experience Pepper Hall (the Art/Lit Department) in a way they hadn't before, with sound filling the vast room.

The fall lineup continues that tradition. Three vastly different artists, from different musical backgrounds, will grace the Literature Department with unique perspectives and poetic voices. Here is a brief look at the upcoming lineup, starting November 7 at 6:00 p.m.

Karl Blau is a multi-instrumentalist, singer, and DIY icon who helped turn his hometown of Anacortes, Washington, into an indie-music mecca. He is now currently based in Philadelphia.

He has released more than 40 records in 20-odd years, many self-released in handmade packaging and mailed to subscribers, and others on iconic indie Northwest labels K Records and KNW-YR-OWN. Blau has also toured and recorded for years with Laura Veirs, the Microphones, Little Wings, D+, and Earth.

A prolific songwriter and poet, they have been releasing music at breakneck speed in the past five years. Their music is confessional, emotional, and empowering.

He performs a special one-off performance of new material for 'Song-Poems'.

A follow-up blog post will feature images and links to media from the 'Song-Poems' series as a whole, containing material from each concert in 2019.

All Song-Poems concerts take place in the Literature Department at Parkway Central Library, starting at 6:00 p.m., and are free to the public. 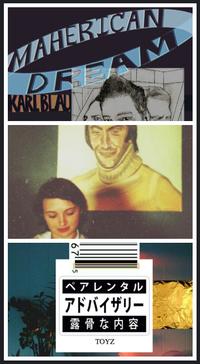