Yes, I am one of those: I keep a list of books saved in my phone—books that I will eventually read once I reach that magical point of life when I stop desiring new books and therefore stop adding to the dang list—and somewhere in the middle of my list is the name... Kilgore Trout.

Kilgore Trout was added in earnest to my list when I was reading Slaughterhouse Five, but it wasn’t until much later that I tragically discovered that Mr. Trout doesn’t actually exist. For some reason, I have opted to keep the fake author among the real ones, either to give myself a chuckle every time I consult the list or because I’m just not ready to give up on the dream that is Kilgore Trout: failed science-fiction writer and perhaps Kurt Vonnegut’s funniest recurring character.

Vonnegut apparently liked to recycle certain names throughout his books. Among the used and reused favorites are Kazak the dog and Eliot Rosewater, whose names can be found in at least one novel or short story. And then there’s Kilgore Trout, an especially beloved and hilarious recurring character because he just might be a bizzarro version of his real-life creator. Trout is credited with writing such non-existent sci-fi classics as The Gutless Wonder and Maniacs in the Fourth Dimension, and I can’t help but imagine Vonnegut giving himself a good chuckle as he came up with those titles.

You don’t have to read Slaughterhouse Five in order to encounter Kilgore Trout, although you really should because I have proclaimed it to be the greatest book ever written. If you’re averse to reading something that you may have been forced to read in high school, you can still experience the joy of discovering the made up Kilgore himself by reading any of the following real-life Vonnegut titles: 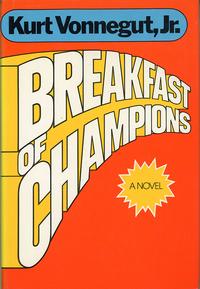 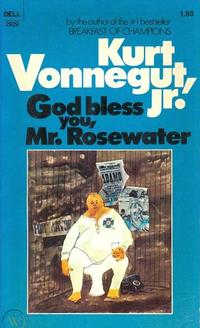 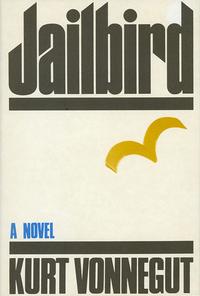 It’s pretty tough to write anything about Kurt Vonnegut these days that hasn’t already been said about a hundred times. But on close to what would be his 97th birthday (November 11), I’d like to revel with the idea that one of the most prolific and well-known authors of all time was quite possibly just a big goofball. Not unlike the rest of us schlubs, he appeared to enjoy a good old recurring joke every now and then, even in his most serious works. 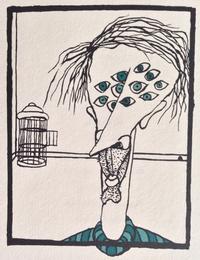 Kurt Vonnegut / Kilgore Trout
3 Comments | Add a Comment
very entertaining article. Now I want to read Slaughterhouse Five (probably again but I don't remember)
rgiasullo - New Jersey
Brianna; You've inspired me to do two things - 1.) Re-read Slaughterhouse Five (my most recent re-read of Vonnegut was about a year ago - "Jailbird") and ... 2) Use Vonnegut for the subject of a near-future blog post of my own. Keep on blogging!
Pat Barton - NJ
i want this book
juan - colombia