Recently, my One Book, One Philadelphia coworker-in-crime wrote a blog post about poetry events happening at the Free Library this fall, including a public talk with U.S. Poet Laureate Joy Harjo. I readied myself to meet Ms. Harjo during her visit a couple of weeks ago by studying her poem "An American Sunrise", which is also the title of her new book. A member of the Mvskoke/Creek Nation, she was named this year as the first Native American Poet Laureate of the United States. She gave a beautiful talk I was grateful to hear. She even sang.

Joy Harjo’s poems draw on her personal experiences and on the history of the Mvskoke people, who in the 1800s were forcibly displaced from their homeland east of the Mississippi to what is now Oklahoma; whose ceremonial circles, she writes, were at the center of the early development of blues and jazz; and with whom she opens in her poems a pulsing dialogue that isn’t just historical, but hyper-present. In the poem I mentioned, she writes:

We were running out of breath, as we ran out to meet ourselves.
We were surfacing the edge of our ancestors’ fights, and ready to strike.

We are still America. We know the rumors
of our demise. We spit them out. They die soon.

Elsewhere, in sprawling Oakland, the characters of Cheyenne-Arapaho author Tommy Orange open dialogues too about contemporary Indigenous life. In his novel There There—which I’m inviting you to read because it is the 2020 One Book selection—wells of surviving traditions are set in the arid earth of the U.S. government’s historical violence against Indigenous people, with the impacts of genocide and erasure through narratives of extinction reverberating still.

"Something about it will make sense. The bullets have been coming from miles. Years. Their sound will break the water in our bodies, tear sound itself, rip our lives in half. The tragedy of it all will be unspeakable, the fact we’ve been fighting for decades to be recognized as a present-tense people, modern and relevant, alive, only to die in the grass wearing feathers."(There There, 141)

Tommy Orange is a novelist, but his work surges with poetry, which in my mind means simply that he writes from the heart and from the gut, that he is direct to the source as possible. His characters find one another. They run out to meet themselves, drop deep to find what has been passed on to them, spit out rumors of their demise, live in ways that are new and complex and digital and ancient and together.

"He was part of something. Something you could dance to." (There There, 121).

We’re approaching Thanksgiving again. With history and these things swimming in my mind, I feel like maybe poetry is the best way to sit with them and with this complex (or not so) American holiday. So I am looking for and reading contemporary Native American poets with different tribal histories, and if you have any suggestions, I want to hear them! In her poem "Conflict Resolution for Holy Beings", Joy Harjo lists some of the giants:

There is also a nice online collection curated by the Poetry Foundation, and this book of poets who were first published in the 21st century edited by Heid E. Erdrich. Can we swap poems? Here are a few to get us rolling:

I never know when to stop when it comes to poems. 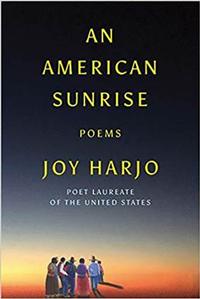 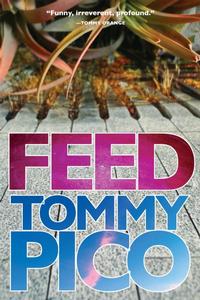 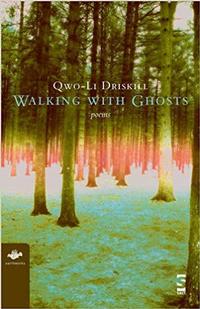 Walking with Ghosts by Qwo-Li Driskill
Add a Comment