As the days get shorter, stay cozy at home with one of these December selections coming soon to a neighborhood library near you. 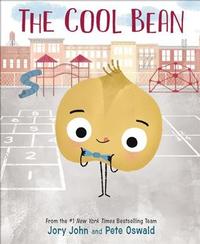 The Cool Bean written by John Jory and illustrated by Peter Oswald
From the creators of The Bad Seed and The Good Egg comes a new adventure. Everyone knows the cool beans. They're sooooo cool. And then there's the uncool has-bean. Always on the sidelines, one bean unsuccessfully tries everything he can to fit in with the crowd—until one day the cool beans show him how it's done. What’s the secret to being cool? 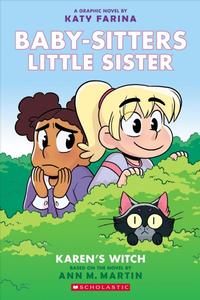 Karen's Witch (A Baby-Sitters Little Sister Graphic Novel) written by Ann M. Martin and illustrated by Katy Farina
Karen Brewer lives next door to Mrs. Porter, who wears long robes and has wild gray hair. Mrs. Porter has a black cat named Midnight and always seems to be working in her garden. Karen isn't supposed to spy on her neighbor, but she's determined to prove that Mrs. Porter is a witch named Morbidda Destiny! A fresh and fun graphic novel series spin-off of The Baby-Sitters Club, featuring Kristy's little stepsister! 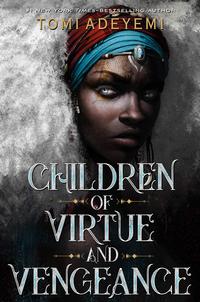 Children of Virtue and Vengeance by Tomi Adeyemi
This is the stunning sequel to Tomi Adeyemi's New York Times bestselling debut, Children of Blood and Bone, and the first title in her Legacy of Orïsha trilogy. After battling the impossible, Zélie and Amari have finally succeeded in bringing magic back to the land of Orïsha. But the ritual was more powerful than they could’ve imagined, reigniting the powers of not only the maji, but of nobles with magic ancestry, too. Now, Zélie struggles to unite the maji in an Orïsha where the enemy is just as powerful as they are. But when the monarchy and military unite to keep control of Orïsha, Zélie must fight to secure Amari's right to the throne and protect the new maji from the monarchy's wrath. With civil war looming on the horizon, Zélie finds herself at a breaking point: she must discover a way to bring the kingdom together or watch as Orïsha tears itself apart. 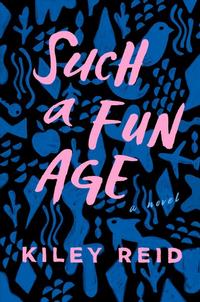 Such a Fun Age by Kiley Reid
Alix Chamberlain is a woman who gets what she wants and has made a living, with her confidence-driven brand, showing other women how to do the same. So she is shocked when her babysitter, Emira Tucker, is confronted while watching the Chamberlains' toddler one night, walking the aisles of their local hi-end supermarket in Philadelphia. The store's security guard, seeing a young black woman out late with a white child, accuses Emira of kidnapping two-year-old Briar. A small crowd gathers, a bystander films everything, and Emira is furious and humiliated, while Alix resolves to make things right. When the video of Emira unearths someone from Alix's past, both women find themselves on a crash course that will upend everything they think they know about themselves, and each other. With empathy and piercing social commentary, this book explores the stickiness of transactional relationships, what it means to make someone 'family', the complicated reality of being a grown up, and the consequences of doing the right thing for the wrong reason. 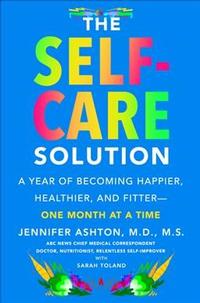 The Self-Care Solution: A Year of Becoming Happier, Healthier, and Fitter—One Month at a Time by Jennifer Ashton, M.D., M.S.
ABC News Chief Medical Correspondent helps you ring in the New Year right with a resolution that’s actually doable: a year-long plan to improve your emotional and physical health—from giving up alcohol to doing a digital detox, but each for only one month. 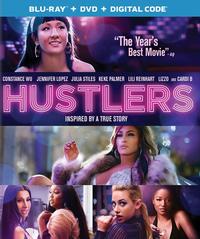 Hustlers | Starring: Constance Wu, Jennifer Lopez, Julia Stiles, Keke Palmer, Lili Reinhart, Cardi B, Lizzo, and Mercedes Ruehl | Directed by Lorene Scafaria (Release Date 12/10/2019)
Based on a true story, this comedic crime caper involves a group of strippers who start ripping off their rich clientele through a scheme involving drugs and credit card swipes. What transpires next is a whirlwind of crazy highs and unfortunate lows while portraying some profound ideas about the relationships women build with each other. 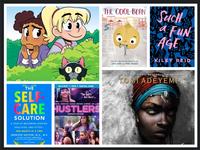 Check out these new titles available in December in our catalog and at a neighborhood library near you!
Add a Comment