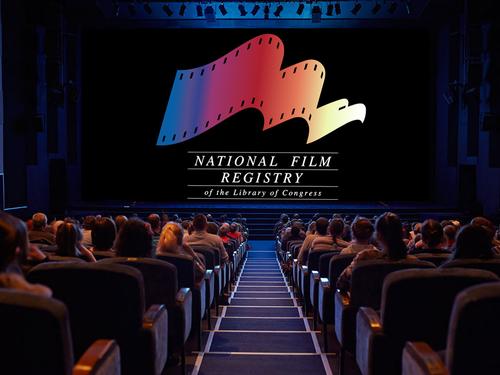 For Hollywood, the time spanning November through March is known as "film awards season". Between the People's Choice Awards, Golden Globe Awards, the Oscars, the Golden Raspberry Awards, as well as everyone's best-of and year-end lists, there is no shortage of movies to discuss. It's also during this time each year that the National Film Registry selects films to be included and preserved in the Library of Congress.

Every year—for the past 31 years—the National Film Registry has been adding and recommending films to watch including award-winners, cinema classics, documentaries, b-movies, book-to-screen adaptations, and many more!

You can browse and check out the majority of this year's selected films from our catalog, available in DVD, Blu-ray, and Streaming Video formats (via Hoopla and Kanopy), while others can be found in the public domain or viewable via video-sharing websites like YouTube. There's also currently over 360 diverse films and videos available online for free viewing through the Library of Congress National Screening Room.

This year's selections bring the number of films in the registry to 775!

Becky Sharp (1935, Kanopy)
Historical drama based on the play of an adaptation of William Makepeace Thackeray's novel Vanity Fair, about a lower-class girl who insinuates herself into an upper-class family, only to see her life and the lives of those around her destroyed.

Before Stonewall (1984, DVD, Hoopla)
Documentary about the history of LGBT community prior to the 1969 Stonewall Riots.

Body and Soul (1925, Kanopy)
Paul Robeson stars in dual roles as a charismatic escaped convict masquerading as a preacher and his pious brother.

Boys Don't Cry (1999, DVD)
Based on the true story of Brandon Teena, a young transgender man exploring his gender identity and searching for love in rural Nebraska, before falling victim to a brutal hate crime.

Clerks (1994, DVD, Hoopla)
Indie cult classic that started director Kevin Smith's career, about a day in the life of two slacker convenience store clerks who crack wise and all the wacky customers they have to deal with.

Employees' Entrance (1933, IMDb)
A pre-Hollywood code film with explicit and risqué scenes depicting the goings-on tyrannical and his put-upon staff in a department store.

Fog of War (2003, DVD)
The story of America as seen through the eyes of the former Secretary of Defense under President John F. Kennedy and President Lyndon Baines Johnson, Robert McNamara.

Gaslight (1944, DVD)
Ingrid Bergman stars in this classic film noir thriller as a devoted bride whose groom is trying to make her insane as part of his plot to murder her.

Girlfriends (1978, DVD)
Dramedy about two best friends in the big city that go their separate ways, one to get married and one for her career.

I Am Somebody (1970, IMDb)
Political documentary short by Madeline Anderson about black hospital workers on strike in Charleston South Carolina. Also the first half-hour documentary film by an African-American woman in the film industry union.

The Last Waltz (1978, DVD, Hoopla)
Martin Scorsese’s documentary of the epic 1976 Thanksgiving farewell concert by The Band at the Winterland Ballroom in San Francisco.

My Name Is Oona (1969, IMDb)
10-minute look into the non-linear, vivid, sometimes wild or scary world of childhood memory and imagination.

A New Leaf (1971, IMDb)
A dark romantic screwball comedy about a broke playboy, played by Walter Matthau, who in order to stay at his current social standing tries to marry a wealthy botanist, played by Elaine May. May was also the first woman to write, direct and star in a major American studio feature.

Old Yeller (1957, DVD)
The Disney adaptation of Fred Gipson novel about a boy and his dog, and one of the saddest endings ever committed to film.

The Phenix City Story (1955, IMDb)
Stylish and violent docu-film noir based on a true crime case.

Platoon (1986, DVD)
Oliver Stone's award-wining depiction of the horrors of war, based upon his own experiences in Vietnam.

Real Women Have Curves (2002, DVD)
Coming-of-age tale of a Latina teen trying to fulfill her dreams while navigating the transition to adulthood.

She's Gotta Have It (1986, DVD)
Spike Lee's debut feature film about the story of a confident, single black woman struggling to maintain her identity while the men around her strive to control and define her.

Zoot Suit (1981, IMDb)
A highly stylized musical about the real-life story of Los Angeles' 1942 "Sleepy Lagoon Murder" and the racially charged "Zoot Suit Riots" that occurred in its wake. 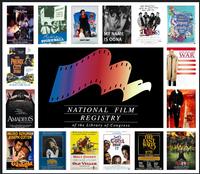 A sample of this year's selections from The National Film Registry, showcasing the range and diversity of American film heritage to increase awareness for its preservation.
Add a Comment