A new year and decade has arrived; time to take stock of where we are and begin anew.  May we suggest some inspirational children’s titles, and a new book by Martha Stewart to help you organize your home and your life? No? Then how about ignoring it all with escapist fiction or a movie? Read below for this month's new recommended titles! 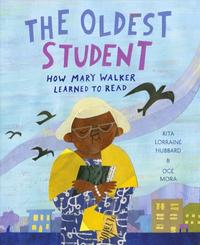 The Oldest Student: How Mary Walker Learned to Read written by Rita Lorraine Hubbard; illustrated by Oge Mora
A new year usually means new resolutions and a desire for change. It takes commitment and determination, but it is never too late to do something you’ve always wanted to do. This book is just the ticket for inspiration: a  picture book biography sharing the uplifting and incredible true story of the nation's oldest student, Mary Walker, who learned to read at the age of 116. 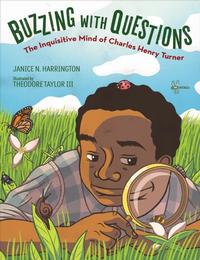 Buzzing with Questions: The Inquisitive Mind of Charles Henry Turner written by Janice N. Harrington; illustrated by Theodore Taylor
A thorough biography of early African-American scientist Charles Henry Turner. From a young age, "questions hopped through... Turner's mind like grasshoppers." His teacher encouraged him to "go and find out," and that is what he spent his life doing. He attended college when most schools didn't accept African Americans, and he kept asking questions as he studied biology. His significant findings are explained both in the illustrations and in the lucid paragraphs of text that describe the experiments and his conclusions. The importance of his findings in the field is made clear, and the curiosity and hard work that led to them are the focus. One spread mentions the racial prejudice he lived through and his service to the community. His work is cast in the light of uplifting humanity: "He wrote that biology could help people see the connections among all living things." 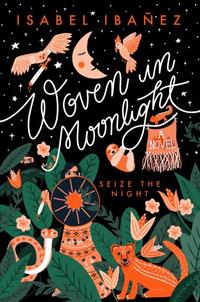 Woven in Moonlight by Isabel Ibanez
A lush tapestry of magic, romance, and revolución, drawing inspiration from Bolivian politics and history. Ximena is the decoy Condesa, a stand-in for the last remaining Illustrian royal. Her people lost everything when the usurper, Atoc, used an ancient relic to summon ghosts and drive the Illustrians from La Ciudad. Now Ximena’s motivated by her insatiable thirst for revenge, and her rare ability to spin thread from moonlight. When Atoc demands the real Condesa’s hand in marriage, it's Ximena’s duty to go in her stead. She relishes the chance, as Illustrian spies have reported that Atoc’s no longer carrying his deadly relic. If Ximena can find it, she can return the true aristócrata to their rightful place. She hunts for the relic, using her weaving ability to hide messages in tapestries for the resistance. But when a masked vigilante, a warm-hearted princess, and a thoughtful healer challenge Ximena, her mission becomes more complicated. There could be a way to overthrow the usurper without starting another war, but only if Ximena turns her back on revenge—and her Condesa. 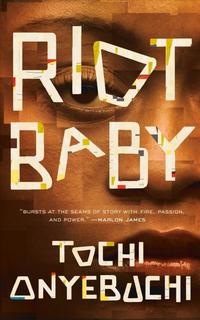 Riot Baby by Tochi Onyebuchi
Ella has a Thing: she sees a classmate grow up to become a caring nurse; a neighbor's son murdered in a drive-by shooting; seeing things that haven't happened yet. Kev, born while Los Angeles burned around them, wants to protect his sister from a power that could destroy her. But when Kev is incarcerated, Ella must decide what it means to watch her brother suffer while holding the ability to wreck cities in her hands. Rooted in the belief that hope can live in anger, this book is as much an intimate family story as a global dystopian narrative. It burns fearlessly toward revolution and has quietly devastating things to say about love, fury, and the black American experience. Ella and Kev are both shockingly human and immeasurably powerful. Their childhoods are defined and destroyed by racism. Their futures might alter the world. 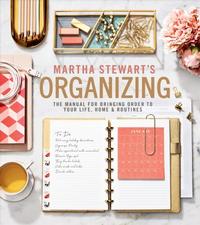 Martha Stewart's Organizing: The Manual for Bringing Order to Your Life, Home & Routines by Martha Stewart
Stewart turns her discerning eye to this beautifully photographed and impeccably designed guide to organizing everything. Divided into three broad categories: Organize Your Year, Organize Your Home, and Organize Your Routine, this thoughtful, empowering offering will inspire even the most unorganized. 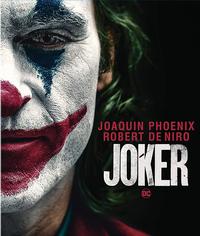 Joker | Starring Joaquin Phoenix, Robert De Niro, Zazie Beetz, Frances Conroy | Directed by Todd Phillips (Release date January 7, 2020)
As an original, standalone story set apart from the current comic book continuity, this film explores the traumatic transformation of a failed comedian named Arthur Fleck. Attacked by thugs on the streets of Gotham and rejected by society, Arthur slowly descends into madness. He begins to wreak havoc and even the score on a damaged world that was none too kind to his damaged mind. An in-depth psychological assessment of a man disregarded by society, Joker is not only a gritty character study of one of history's most iconic villains but also a broader cautionary tale. 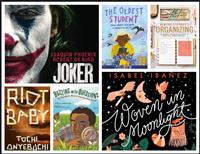 Check out these new titles available in January in our catalog and at a neighborhood library near you!
Add a Comment