Oldest, Biggest, Best: A History of the Philadelphia Flower Show

The Philadelphia Flower Show was the first public flower show held in the U.S. and it has become the largest and longest-running flower show in the world. 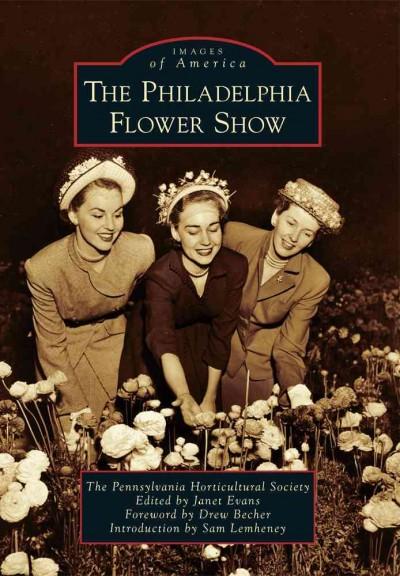 The seed that became the Philadelphia Flower Show was planted in November 1827, when 53 prominent men met to form the Philadelphia Horticultural Society with the goal "to inspire a taste for one of the most rational and pleasing amusements of man, and to facilitate the means of cultivating that taste." It became a custom for members to bring a few of their best plants to display at meetings and before long they decided to share these with the public. PHS held the first public flower show in the US in June 1829, in the Masonic Hall at 717 Chestnut Street. Among the hundreds of plants on display was a spectacular red-leaved newcomer exhibited by Mr. Poinsett, the U.S. Minister to Mexico. The poinsettia, and the Flower Show, have been a tradition ever since.

In the 19th century, the larger flower shows were usually held in the fall at the end of the growing season, due to the difficulties in forcing plants to bloom off-season. As the show’s popularity grew, smaller shows were added, often featuring a single species such as chrysanthemums or orchids. In addition to displays, the show offered competitions with cash prizes for the best in each category from individual plants to cut flowers and arrangements. The flower shows became a social event attracting thousands of visitors showing off their own finery amidst the displays. 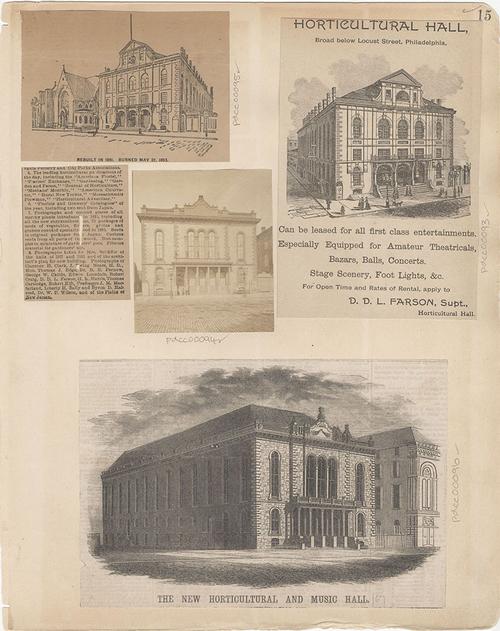 In 1867, PHS built the first of three Horticultural Halls near Broad and Locust streets, just south of the Academy of Music. The building provided a perfect venue for flower shows, housed the society’s library, and served as a meeting place for members. When not being used for flower shows, the hall was rented out for banquets and exhibitions. The first hall was lost to a fire in 1881 and rebuilt the following year on the same site. Another fire destroyed the second hall in 1893 during a candy exhibition. The third Horticultural Hall, opening in 1896, had a grand staircase, stained-glass windows, and electric lighting. By 1916, Horticultural Hall was no longer able to produce a profit and PHS was forced to sell it. The building was demolished the following year.

In 1916, the Flower Show moved to the City’s new Convention Hall at Broad & Allegheny, where it remained for nearly 50 years. In the 1920s, PHS joined with the Florist’s Club of Philadelphia to produce the officially incorporated Philadelphia Flower Show. The show increasingly emphasized large displays designed by professionals and attracted ever-larger audiences. PHS managed the amateur competitions and educational workshops known as the "Women’s Classes." All of these efforts expanded the public’s interest in flowers and gardening—even in the depths of the Great Depression, the show attracted tens of thousands of visitors.

Except for a two-year hiatus during WWII, the Flower Show bloomed every year until the city decided to tear down Convention Hall in 1964 and replace it with the then-new Civic Center in West Philadelphia. The board of the flower show wanted to suspend the show for three years until the Civic Center was completed, but PHS, led by its new director, Ernesta Ballard, produced the show in temporary locations and then negotiated a lease with the new Civic Center on its own. Once again, PHS was in total control of the Philadelphia Flower Show. 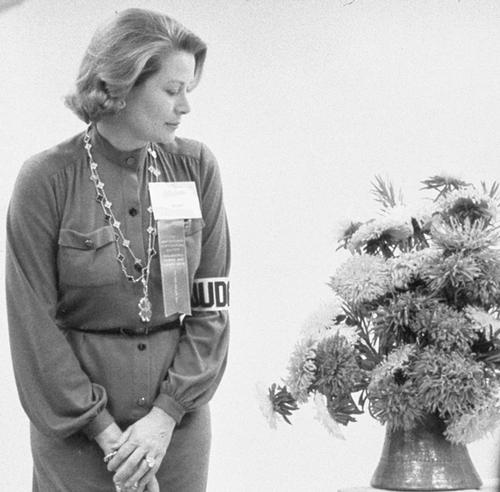 Once settled in the new Civic Center, the flower show continued to expand its offerings and its audience. It attracted celebrity visitors such as Princess Grace of Monaco and First Lady Barbara Bush. As attendance grew, the show became profitable and PHS began to use those proceeds to fund many projects, from community gardens to horticulture training for pre-release prisoners. One of the oldest is Philadelphia Green, which works with community groups and city agencies to create and maintain community gardens, neighborhood parks, and public spaces.

In the 1980s, PHS began working with horticultural organizations and designers from other countries, and in the years since has become international in scope, drawing visitors from around the world.

The flower show had been bursting at the seams for several years before its move to the new Philadelphia Convention Center in 1996. Suddenly, there was room to spread out and the designers responded with larger and more elaborate exhibits that included lighting, sound, and video effects. The aisles between exhibits doubled in size and the crowds grew to fill them. In 2004, the show attracted more than 265,000 visitors, about 30% from out of town.

The Philadelphia Flower Show is a large and expensive undertaking that costs at least as much as staging a Broadway show. What makes it possible is an army of 3500+ volunteers. The work they do helps provide the funds for PHS community programs, which are also staffed with volunteers throughout the city. 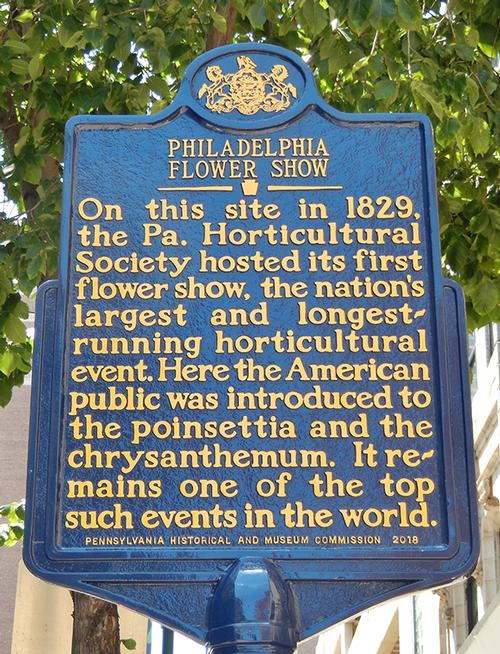 2019 was a milestone year for the Philadelphia Flower Show, hosting the prestigious FTD World Cup Floral Design Competition, which takes place every few years, most recently in Melbourne, Shanghai, and Berlin. In addition, the show received the Grand Pinnacle Award from the International Festivals & Events Association (beating out the Kentucky Derby Festival in Louisville and the National Cherry Blossom Festival in D.C.)  In June 2019, the show’s 190th birthday, the Pennsylvania Historical and Museum Commission installed a plaque at 717 Chestnut Street to commemorate its beginnings.

If you’re planning to visit this year's Flower Show, please stop by Philadelphia City Institute Library’s entry in the Windowsill Exhibit competition, which will be up from Wednesday, March 4 through Sunday, March 8! Designed by children’s staff members Jill Baglieri and Teri Connor, the exhibit, titled "A Mind of Your Own," celebrates the work of children’s author and illustrator Leo Lionni and the power of libraries to expand the minds of people of all ages. Be sure to look for the hidden chameleons throughout the display, which were created and decorated by children at Philadelphia City Institute and Parkway Central Children's Department.

The 2020 Philadelphia Flower Show, "Riviera Holiday", runs from February 29 through March 8 at the Philadelphia Convention Center. Explore the following booklist for all things floral from our catalog and view a preview of this year's Flower Show below! 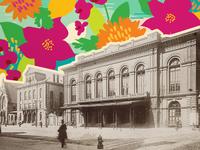 The Philadelphia Flower Show: Past and Present
Add a Comment