If you recall being in middle school, or are currently in middle school, you know it is a tough time. Am I wearing the right clothes? Do I have the right friends? Do I like the right stuff? Middle school is a time of change: your look, your brain, your feelings. Around this time is also when a lot of children start to feel more than friendship for other people. However, who you "like" or don't like varies from person to person.

June is when we celebrate those who don't fall into the heteronormative category. It's for those who are queer, transgendered, asexual, and so many other wonderful identities!

Below are some of my favorite books that feature characters discovering for themselves who they are: 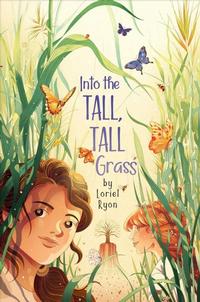 I'm not normally one for magical realism in my middle-grade novels. However, I could not put down Into the Tall, Tall Grass by Loriel Ryon. In this story, twins Yolanda and Sonja are part of a family who gain a magical gift at the age of 12. Yolanda, our main character, who has not received a gift, is dealing with a lot of problems right now—a father at war, a best friend pulling away, a sister who's keeping secrets, a previously unrealized crush on her friend Hasik, and a very sick Wela. Yolanda eventually discovers that it was partially her own fault that her sister and best friend, Ghita, are ignoring her. However, she will need these two, along with Ghita's brother Hasik, if she is to save her beloved Wela's love. The simple and natural way that Ryon incorporates the relationship between Sonja and Ghita is fantastic. There is no real drama surrounding their coming out, and when they hold hands and kiss it is a very natural part of the story. Overall, a sad, hopeful, and really well-written story. I recommend this even to those who, like me, don't really care for magical elements in our stories. 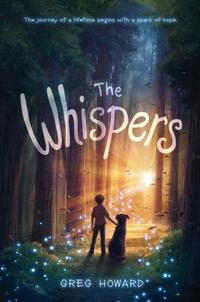 As a librarian, I am constantly recommending books to people, but when you are surrounded by other librarians you are also receiving a lot of recommendations. Fellow librarian, Naomi, recommends The Whispers by Greg Howard. She knows me so well that she even told me what happens at the end. (I like to know endings, but don't worry, I will reveal no spoilers here!) Riley is dealing with a lot. His mother is missing, the police keep interrogating him about what happened that day, and he is desperately trying to find the "whispers"—creatures that can grant wishes if you give them a tribute. Riley knows all about them from his mother and he's hoping they will help him find his mother. Riley's father and older brother don't seem to completely understand what he's going through, and they don't know that he is responsible for his mother's disappearance. You see, Riley's mother caught him kissing another boy and he believes that this "sin" caused God to punish him. Riley is just a kid try to navigate his world and come to terms with his attraction to boys. There is a lot of depth to this story and a lot of sadness, but there is also a lot of heart and hope. 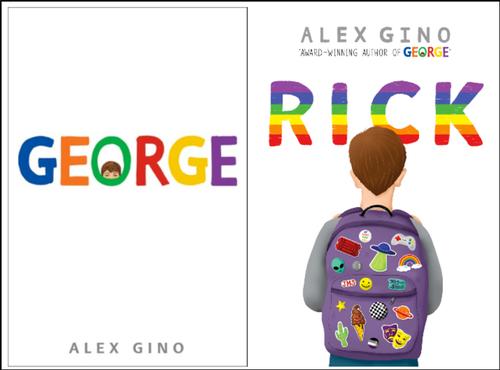 Many of you have probably read or at least heard of George by Alex Gino. In Gino's Rick, we visit another student at this school. Rick is observing all his peers and sees something in them he doesn't see in himself. His peers are starting to have feelings, whether for the same sex, the opposite sex, or both. He also sees Melissa (main character from George) living her authentic self. Rick is confused because he is not feeling these things, not for anyone. It isn't until he attends a meeting for LGBTQIA+ students and allies that he hears the terms asexual and aromantic. It is hard for a middle school kid to be surrounded by everyone's burgeoning feelings when you yourself aren't feeling them. Like in George, Gino takes a topic not often talked about in books for children and presents it in a straightforward but gentle way. It is extremely hard to find children's books that feature asexual / aromantic characters. This book is a well-written account of a kid who discovers that he's not broken; that his feelings, or lack thereof, are perfectly normal. 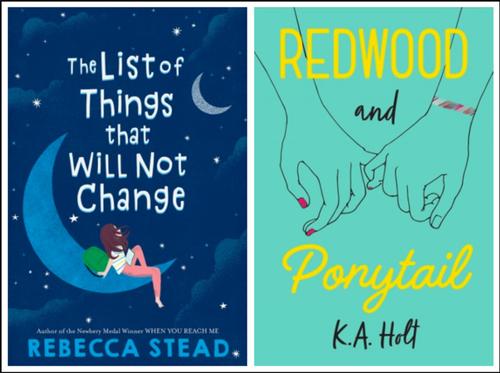 There are so many recently published middle-grade books that I could add to this list. Trust me, this blog post could go on forever! However, I'll end with two more quick-reading suggestions. The List of Things That Will Not Change by Rebecca Stead is amazing! It is a well written middle-grade novel about Bea, whose divorced parents promise that not everything will change! In fact, her dad buys a house just down the street and tries to make it just like her old house. However, things are definitely changing. Her dad has a boyfriend who he plans to marry, which brings along a new step-sister. How will Bea react to all these changes? Read and find out! Finally, you didn't think I'd actually give you a list of books without at least one novel in verse, did you? I am a huge fan of K. A. Holt's books and Redwood & Ponytail is no exception! Kate, a cheerleader with a swishy ponytail, and Tam, a tall athlete, couldn't be more different. However, the feelings they have for each other are real, proving that some times opposites do attract. This is a fun, heartfelt look at two girls trying to navigate school, friends, and new crushes.

Whether you fall under the LGBTQ+ umbrella, whether you're not sure if you do, or whether you don't⁠—these books are for you! Books that mirror your life are important, but books that give you a window into someone else's life are just as important. Now, go read some of these books and Happy Pride Month, everyone!

Some of my favorite books featuring characters discovering who they are.
Add a Comment