Poet of the Week--Thomas Merton 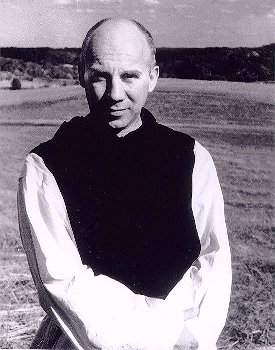 Thomas Merton (1915-1968) was one of the most influential American spiritual writers of the 20th century. In his short life, he wrote over 60 books, hundreds of poems, and countless essays ranging from spiritual themes, to civil rights, to nonviolence. His most famous work, The Seven Storey Mountain, was translated into 28 languages. In his twenties, Merton converted to Roman Catholicism and entered the Abbey of Our Lady of Gethsemani, an ascetic Roman Catholic monastic order belonging to the Order of Cistercians of the Strict Observance. He spent 27 years in Gethsemani before his death, speaking and writing about race and peace, defying his critics who accused his outspoken beliefs to be inappropriate for a monk.

For My Brother, Reported Missing in Action, 1943

Sweet brother, if I do not sleep

My eyes are flowers for your tomb;

And if I cannot eat my bread,

My fasts shall live like willows where you died.

If in the heat I find no water for my thirst,

My thirst shall turn to springs for you, poor traveler.

Where, in what desolate and smoky country,

And in what landscape of disaster

Has your unhappy spirit lost its road?

Come, in my labor find a resting place

And in my sorrows lay your head,

Or rather take my life and blood

And buy yourself a better bed --

Or take my breath and take my death

And buy yourself a better rest.

When all the men of war are shot

And flags have fallen into dust,

Your cross and mine shall tell men still

Christ died on each, for both of us.

For in the wreckage of your April Christ lies slain,

And Christ weeps in the ruins of my spring;

The money of Whose tears shall fall

Into your weak and friendless hand,

And buy you back to your own land:

The silence of Whose tears shall fall

Hear them and come: they call you home.