We are Philadelphia high school and college students who have been working for several weeks to plan the Free Library’s fifth annual Social Justice Symposium, which was scheduled to take place on Saturday, August 1. We have watched the Concerned Black Workers advocate for their safety and well being. But their demands have not been met.

After reading the Board of Trustees' response letter, we have decided to cancel our event. We are outraged, sad, and disappointed in the leadership of the Free Library for their inadequate and dismissive response.

Although the Symposium is an opportunity for young activists to learn and grow together, we as a Committee feel that being in solidarity with the Concerned Black Workers is the best way to move toward radical change in the Free Library system.

The first half of 2020 has been a pivotal time in the movement for racial justice. Inspired by lifelong Black activists and spurred into action by the deaths of George Floyd, Breonna Taylor, and so many others, millions of Americans are protesting for the end of police violence and adoption of policies that protect all Americans equally.

For many, it has also been an opportunity to inwardly reflect on the ways that structures of privilege and power impact them and the world around them. Individuals are reading books, listening to podcasts, watching documentaries, and talking to each other about whiteness, privilege, and the intersections of race and U.S. culture.

From Claudette Colvin to Greta Thunberg, there is a rich history of teen activists affecting significant change in local communities and across the world. Students have important voices in social movements, but sometimes it can feel like the issues are too big, like one person can’t make much of a difference. So the Free Library is offering an opportunity for students who want to pursue justice and equity in the world, who are ready to ask the hard questions and do the work needed to move society forward.

This series of virtual workshops about race in the United States are for students ages 12-20, in preparation for the fifth-annual Social Justice Symposium on Saturday, August 1: 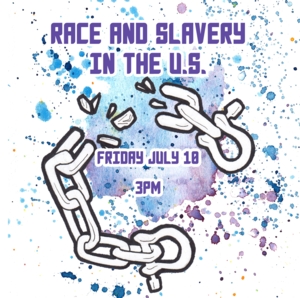 Race and Slavery in the U.S.
Friday, July 10 | 3:00 p.m.
How did slavery shape the idea of race in the United States, and how did it affect African Americans in the decades after it ended? Discover how the enslavement of Black men, women, and children laid the groundwork of how race is often thought of today.

Facilitator: Kalela Williams is a writer, an arts administrator, and a history enthusiast hailing from the U.S. South and living in Philadelphia. For more than a decade, her professional work has centered around creating pathways to literature through artistic and cultural programs. In her offtime, she manages two social media communities/meet-up groups and offers historical tours. In addition, she writes fiction that explores the landscape of African American History. 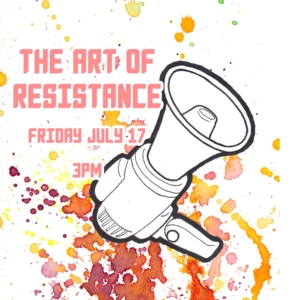 The Art of Resistance
Friday, July 17 | 3:00 p.m.
In this workshop, we will look at the ways artists of color have used art as a form of resistance against racism.

Facilitator: Emily Carris is an Artist and Founding Member of The Art Dept/Colored Vintage, a collaborative vintage store and workshop space dedicated to sharing stories and uplifting underserved artists. She has a BA in Education and Photography from Eugene Lang College in New York. She holds a Master's degree in photography from UCA in Kent, England. Her work exploring the personal and cultural legacy of slavery and the Black female body has been exhibited nationally and internationally. Emily has worked as a photography teacher and museum educator at the International Center of Photography in New York. She currently lives and works in Philadelphia. 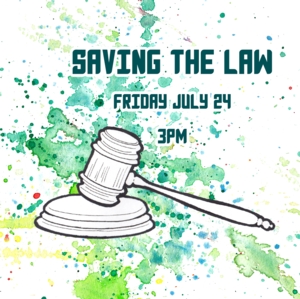 Saving the Law
Friday, July 24 | 3:00 p.m.
A discussion on the necessity of removing racial bias and prejudice embedded in the law so that effective legal reform is possible. We will discuss the following criminal defenses and legal theories: Justifiable Murder in connection with Mike Brown, Qualified Immunity in connection with George Floyd, and Reasonable Suspicion in connection with Elijah McClain.

Facilitator: Whiquitta "Kee" Tobar is an attorney/Stoneleigh Emerging Leader Fellow, whose project is centered around leveraging civil legal services to prevent and reduce youth homelessness in Philadelphia. Whiquitta also has experience working in the national juvenile justice and child welfare policy sphere. Whiquitta received her J.D. from Georgetown University Law Center in 2015. She received her BA from Alabama A&M University in 2012.

You can read more about and find more social justice resources in these curated booklists from our catalog! 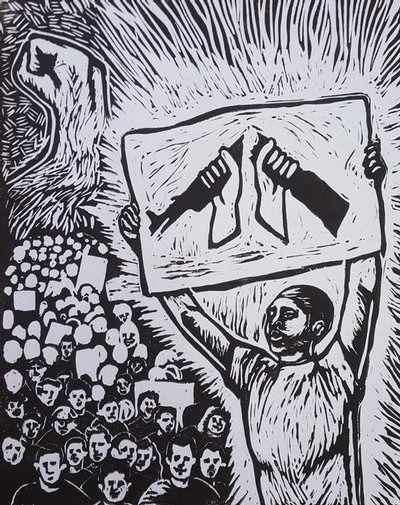 Students have important voices in social movements! Check out this series of virtual workshops in preparation for the fifth-annual Social Justice Symposium this August.
Add a Comment