Digital Media Spotlight: Olympic Memories of the Past

The 2020 Olympic Games were supposed to be starting today in Tokyo, Japan, but the Olympic flame will not be lit this summer.

This year's Olympics were postponed back in March due to the COVID-19 pandemic, delayed until July 23 - August 8, 2021.

Even though it won't be the same as watching the live event feeds, with "the thrill of victory... and the agony of defeat" playing out before our eyes, you can still relive past Olympic glory through our Digital Media offerings.

Streaming Films and Television
Kanopy has an inspiring collection of film festival-praised documentary films and award-winning television docu-series full of Olympic dreams and triumphs. Here are just a few highlights:

American Experience: Jesse Owens (2012)
The story of the 22-year-old Black Olympic champion sprinter, who infuriated the Nazis and captivated the world with his triumph at the 1936 Berlin Olympics.

Tracktown (2016)
Plumb Marigold is a famous but lonely distance runner preparing for the biggest race of her life: The Olympic Trials. But when an injury forces her to take an unexpected day off, Plumb wanders into a bakery where the aimless boy behind the counter catches her eye. Featuring actual Olympic athletes in several lead roles, including co-writer and director, Alexi Pappas. This story captures the experience of a young Olympic hopeful with a degree of authenticity.

Rising From Ashes (2013)
Two worlds collide when cycling legend Jonathan "Jock" Boyer moves to Rwanda to help the first Rwandan National Cycling Team in their six-year journey to compete in the Olympic Games. Against impossible odds both Jock and the team find new purpose as they rise from the ashes of their past. Executive produced and narrated by Forest Whitaker.

Top Spin (2014)
Welcome to the hidden world of competitive table tennis! In a sport with no professional league, these fiercely driven teenagers remain committed to their passion. With devoted parents by their side, they have traded in normal teenage life for a chance to represent their country on the world's biggest athletic stage: the Olympics.

You can learn more about The Olympics (both Summer and Winter) from our Explore Topic, and find more stories of Olympic victory in our catalog.

What are your favorite Olympic events? Let us know in the comments below! 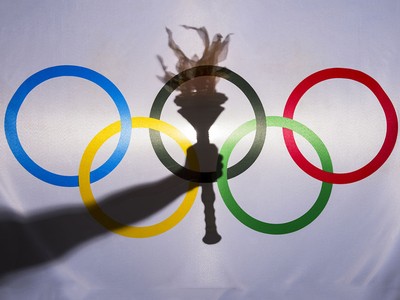 Relive past Olympic glory through our Digital Media offerings!
Add a Comment