Every year around this time, the Free Library and other libraries around the country celebrate reading challenged books during Banned Books Week.

Why are there banned books? These could be any book titles suggested by library patrons and for a library to collect, own, and keep. Then they become challenged and join a long list of books that these same librarians have to defend. There are plenty of reasons why books are censored, as represented in the following word cloud compiled by the American Library Association. 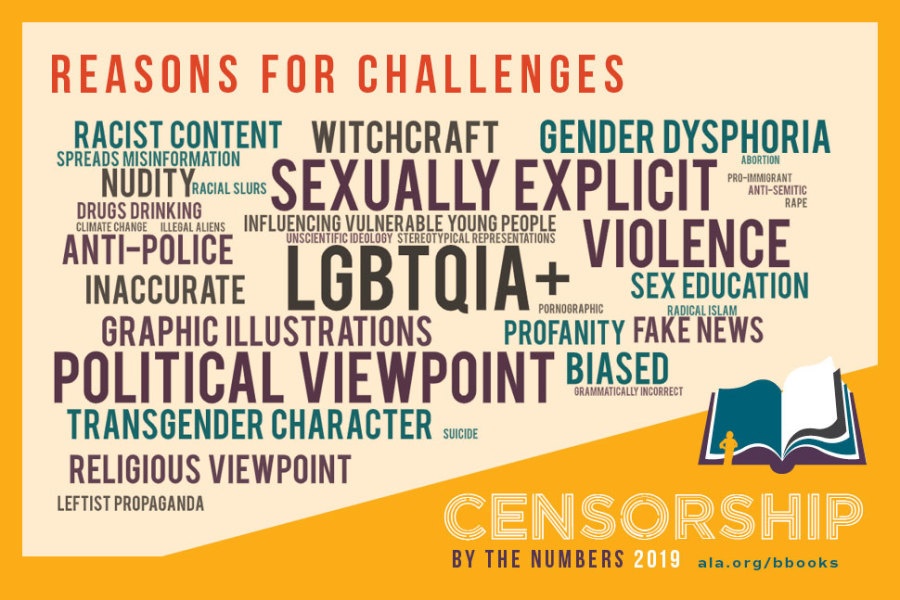 The majority of censured or banned books are children's books and fiction books. However, what about nonfiction books?

Reading nonfiction books is primarily meant to inform, learn, and educate. It also means reading about a different variety of subjects: philosophical thinking, biography/memoirs, science, social science, and religion, just to name a few. Very often, a person reads nonfiction to consider perspectives that are different from their own, and for many reasons, these books are censored so they cannot offer other viewpoints or influence change.

The following is a list of adult nonfiction books that were censored or banned, and all of them are available to borrow from the Free Library's catalog in physical, ebook, and audiobook formats. 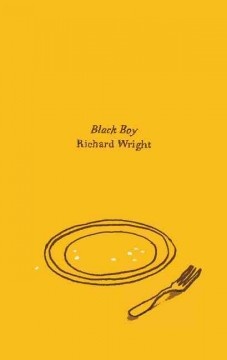 Black Boy by Richard Wright
This is a memoir written by Wright of his honest depiction of his upbringing in the American south, during the late 19th to early 20th century, where there was a greater number of inequalities for impoverished Black Americans. This title has been challenged as anti-American, anti-Christian, anti-Semitic, with overly sexual references, and instigating racial tensions. Since it was censured in many places, this book was influential in fighting for racial changes during the Civil Rights Movement. 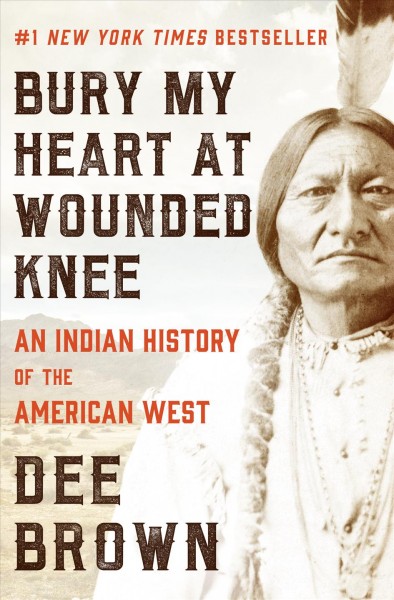 Bury My Heart at Wounded Knee: An Indian History of the American West by Dee Brown
This book speaks from the perspective of different Native American nations who recount their displacement from the expansion of settlers westward. Wounded Knee is the last physical site with a confrontation between Native Americans and U.S troops. This book has never gone out of print and was banned for being anti-American and containing controversial subject matter. 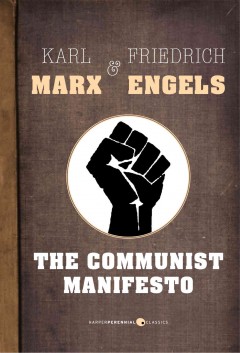 The Communist Manifesto by Karl Marx
This book contains the philosophy of how a communist society and nation should exist. It inspired nations to adapt to communism and goes against capitalism and democracy. This was written by Marx and Engels after their observation of how poorly they believe a capitalist society operates and advocated for more sharing between governments and societies. At the time of this book's publication, it was challenged, while not outright censored. In the 20th century, with the "Red Scare" occurring, this book was recommended to be pulled off shelves for being politically insensitive, anti-American, and encouraging far-leftist thinking. 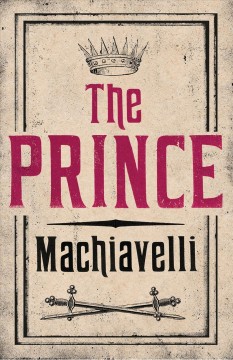 The Prince by Niccolo Machiavelli
This book has been regarded as controversial and anti-Christian. It was banned by the Catholic Church in the 1500s and later by the early Protestant church. This book has also been criticized as a blueprint for leaders that aspire to be dictators. 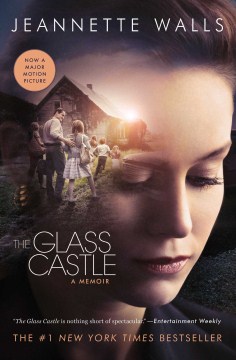 The Glass Castle by Jeannette Walls
A memoir by the author about her childhood experiences growing up in a nomadic, impoverished, and dysfunctional family. This book is praised for its positive outlook and resilience for difficult times, but has also been challenged in high schools by parents to remove it from reading lists. The reasons for challenges are on the grounds that the book has strong sexual scenes, alcoholism, addiction, bullying, abuse, and explicit language. 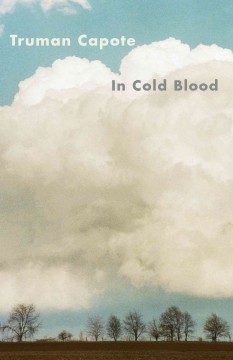 In Cold Blood by Truman Capote
A true-crime title that depicts the murder of the Cutter family by prison parolees who were deceived in thinking that the Cutters were a wealthy family. This book has been censored by parents of high school students, banned, and then reinstated. The reason for this censoring is the content being too violent for adolescents, drug use, sexual themes, and profanity. 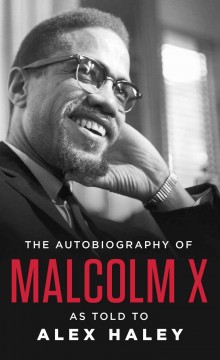 The Autobiography of Malcolm X as told to Alex Haley
This book was published after Malcolm X passed away and is written from a series of interviews he conducted with journalist Alex Haley. It is regarded as an influential book that changed America by its impact. This book is also regarded as controversial and has been challenged and censored from various English high school curriculum for its anti-white and political viewpoints. Although this book is controversial because of its extremist voice with personal and ideology-based prejudice, it also has promoted black nationalism and black pride. 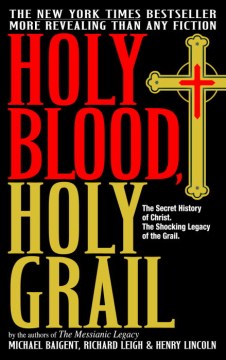 Holy Blood, Holy Grail by Micahel Baigent, Richard Leigh, and Henry Lincoln
This book is investigative and speculative journalism that ponders the idea of what is the Holy Blood and Holy Grail. Baigent answers it with a what-if? theory that Jesus married Mary Magdalene, a follower of his teachings, and they had a family of children. The holy grail is the womb of Mary Magdalene. This book is censored by the Catholic Church as anti-religion and labeled controversial due to its subject matter. It was published before Dan Brown’s fictional The Da Vinci Code and in fact Baigent, Leigh, and Lincoln sued Brown for copyright infringement. They lost the case though. 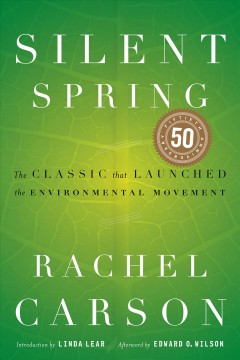 Silent Spring by Rachel Carson
When Carson wrote this book, it set off and inspired an environmental movement that propelled awareness about the dangers of pesticides. There has been controversy against the validity of the book's claims, the dangers of DDT, and parallels have been drawn to the recent surge of climate change deniers. Carson didn't see the impact of her book since she passed away shortly after publication. This book is still groundbreaking in the environmental science industry and is still bringing awareness to and informing environmental activism today. 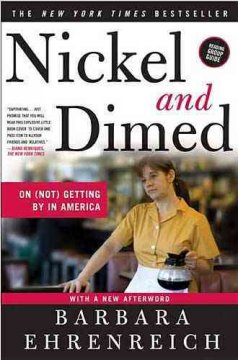 Nickel and Dimed by Barbara Ehrenreich
This book investigates the life of unskilled and low-wage workers, and how government policy impacts working poor Americans. The books goes against the concept of the American dream, that with hard work there is success, and the never-ending cycle of management and employee difficulties. In Easton, PA, this book was challenged and subsequently censored in high schools as anti-Christian, promoting drug usage, profanity, and socialist and economic fallacies.

As you go through this list of banned and challenged books, you can observe clear themes of political ideology, racial inequalities, and high school appropriateness being frequent conditions for why nonfiction books are censored.