Need an excuse to satisfy your sweet tooth? We are here to help! Today, October 14, is National Dessert Day, and a great opportunity to break out your favorite dessert of choice.

While I truly believe that this year deserves multiple days of observance, it’s always nice to have a solid reason to eat cake on a weeknight. This year, I’m going to keep it local and explore desserts that are beloved by this city.

Philadelphia may be known as a cheesesteak town, but I think it’s time we shift the narrative. Philadelphia is a place that knows and loves desserts. Beyond the cult following that exists for local snack food-producing brand Tastykake, there are plenty of desserts associated with the region.

Water ice (not to be confused with Italian ice) has been popular here for over a century. Whether your favorite flavor is cherry, chocolate, or mango, water ice is an iconic Philadelphia treat. The proliferation of local dairies has also made Philadelphia a prime location for ice cream. Bassett’s is the oldest ice cream brand operating in America and was established all the way back in 1861. They were also the first vendor to sign a lease with Reading Terminal Market and have been operating there since 1892! Going one step further, ice cream floats were a local invention. Robert McCay Green came up with this delicious drink in 1874 when he ran out of cream while operating a soda-fountain and the invention quickly gained popularity.

Slightly more polarizing is Philadelphia’s fascination with Irish potatoes—which confusingly contain neither potatoes nor do they come from Ireland. While their exact origin is unknown, the coconut cream-based candies are a tradition in Philadelphia and can be found throughout the city in the weeks leading up to St. Patrick’s Day. Philadelphia-style cheesecake, technically named for the Philadelphia company, not the city of Philadelphia, are well known for their use of cream cheese (instead of sour cream) as their star ingredient. Let’s claim that one, too.

The influence of early German settlers to the region also had a deep impact on our dessert culture. The Pennsylvania Dutch popularized carnival favorite funnel cakes, as well as marshmallow-y whoopie pies. Apees cookies, flavored with anise, are a local, holiday-season tradition. My personal choice, however, for a German-descended dessert—and one very appropriate for this holiday—is Philadelphia Butter Cake (also known as "butterkuchen"). Similar in texture to a very rich pound cake, Philadelphia Butter Cake is known for having a very buttery, pudding-like center. This cake is especially popular in Northeast Philadelphia, and is the perfect decadent indulgence for National Dessert Day! If you want to try making it on your own, check out the recipe below.

If this post has inspired you to continue celebrating National Dessert Day after today, check out the Culinary Literacy Center's upcoming program "Spooky Halloween Treats!" In this bake-along class, families will learn how to make a dreadfully delicious dessert from local baking extraordinaire Chef Monica. Tickets are $10 per (haunted) household or are complimentary for any who can't afford the fee at the moment. Get your tickets now, or email kitchen @ freelibrary.org for more information! 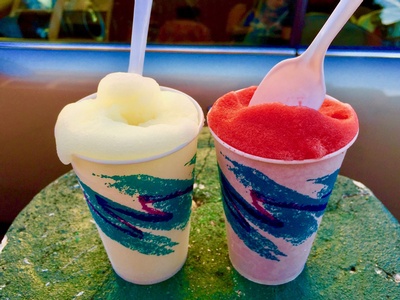 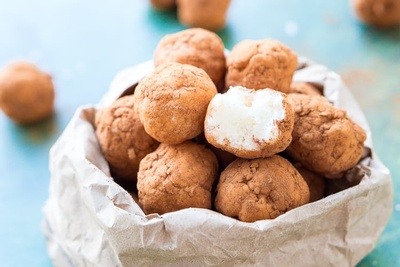 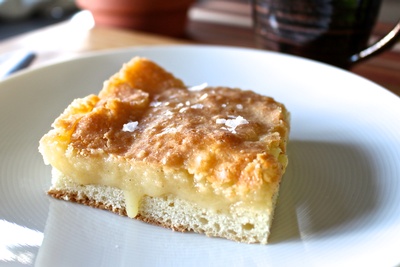