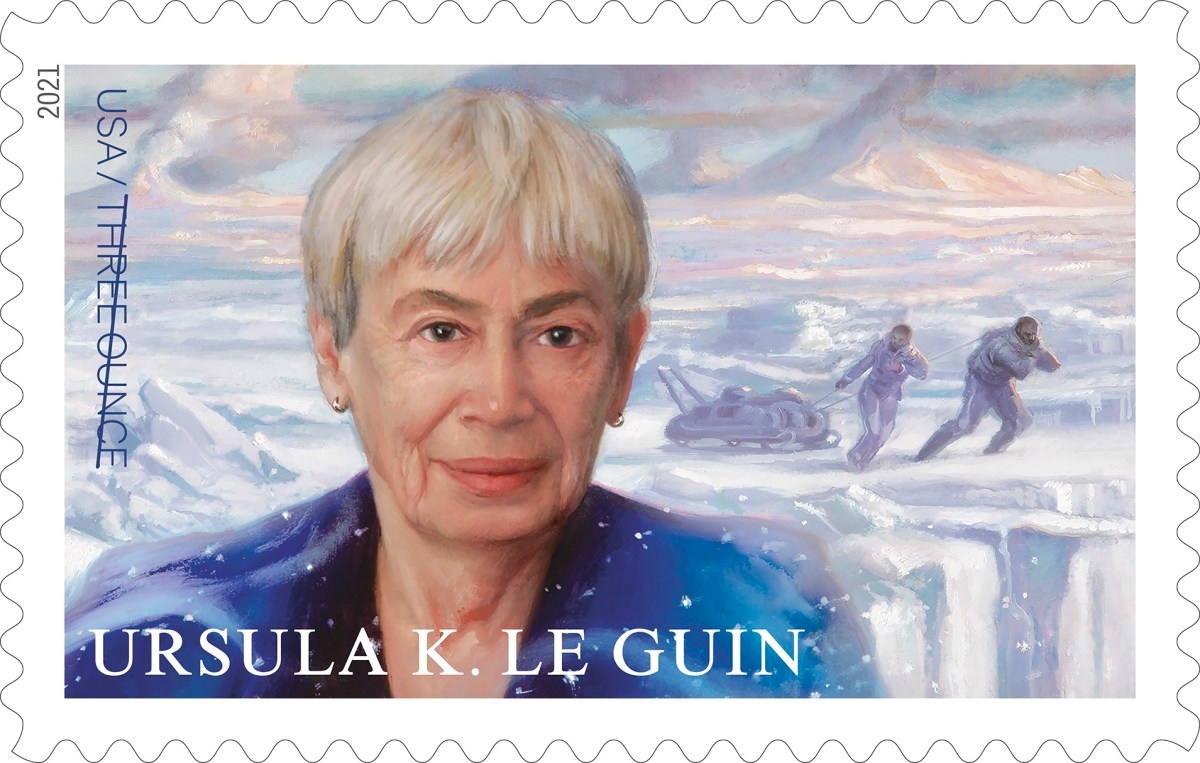 The newest addition to the Literary Arts series of stamps will feature Ursula K. Le Guin!

Ursula K. Le Guin's award-winning writing often depicted futuristic alternative worlds steeped in the themes of politics, the natural environment, gender, religion, sexuality, and ethnography. Now her legacy will live on in a different future as a Forever Stamp from the United States Postal Service!

Although celebrated for her sci-fi epics, her literary career spanned nearly sixty years and also included poetry, literary criticism, and even children's books. Never one to be typecast as a specific genre writer, she preferred to be known as an "American novelist".

Here are some non-sci-fi selections from and about Ursula K. Le Guin from our catalog: 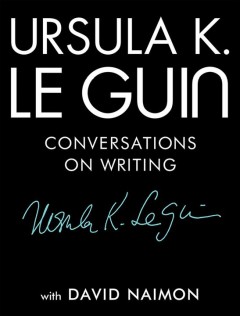 Ursula K. Le Guin: Conversations on Writing
In a series of interviews with David Naimon, Le Guin discusses craft, aesthetics, and philosophy in her fiction, poetry, and nonfiction works. The discussions provide ample advice and guidance for writers of every level, but also give Le Guin a chance to sound off on some of her favorite subjects: the genre wars, the patriarchy, the natural world, and what, in her opinion, makes for great writing. With excerpts from her own books and those that she looked to for inspiration, this volume is a treat for Le Guin's longtime readers, a perfect introduction for those first approaching her writing, and a tribute to her incredible life and work. 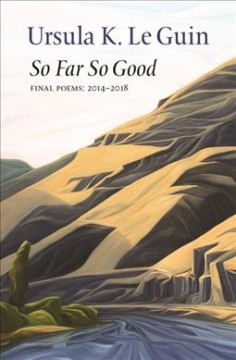 So Far So Good: Final Poems: 2014-2018
Although she was lauded by millions for her groundbreaking science fiction and fantasy novels, Le Guin began her career as a poet. "I still kind of twitch and growl when I'm reduced to being the science fiction writer. I'm a novelist and increasingly a poet. And sometimes I wish they'd call me that," Le Guin said in a 2015 interview with NPR. In this clarifying and sublime collection—written shortly before her death in 2018—Le Guin immerses herself in the natural world, ruminating on the mysteries of dying, and considering the simple, redemptive lessons of the earth. 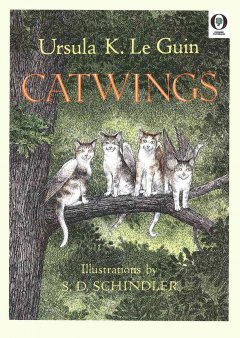 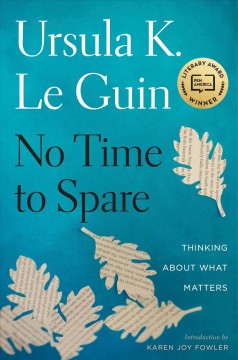 No Time To Spare
A collection of the best entries from Ursula's blog, presenting perfectly crystallized dispatches on the concerns with this world, and her wonder at it. On the absurdity of denying your age, she says, "If I'm ninety and believe I'm forty-five, I'm headed for a very bad time trying to get out of the bathtub." On cultural perceptions of fantasy: "The direction of escape is toward freedom. So what is 'escapism' an accusation of? " On her new cat: "He still won't sit on my lap." 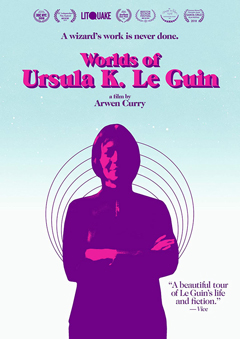 Worlds of Ursula K. Le Guin (2018, streaming video via Kanopy)
A feature documentary exploring the remarkable life and legacy of the late feminist author Ursula K. Le Guin. Produced with Le Guin's participation over the course of a decade, the film is a journey through the writer's career and her worlds, both real and fantastic. Viewers will join the writer on an intimate journey of self-discovery as she comes into her own as a major feminist author, opening new doors for the imagination and inspiring generations of women and other marginalized writers along the way.

What other authors do you think should be honored with a USPS stamp? Let us know in the comments!