During Black History Month, the Mayor’s Office of Black Male Engagement (OBME) is hosting a series on Black Generational Wealth, in partnership with the Philadelphia Department of Commerce and the Office of Economic Opportunity (OEO). 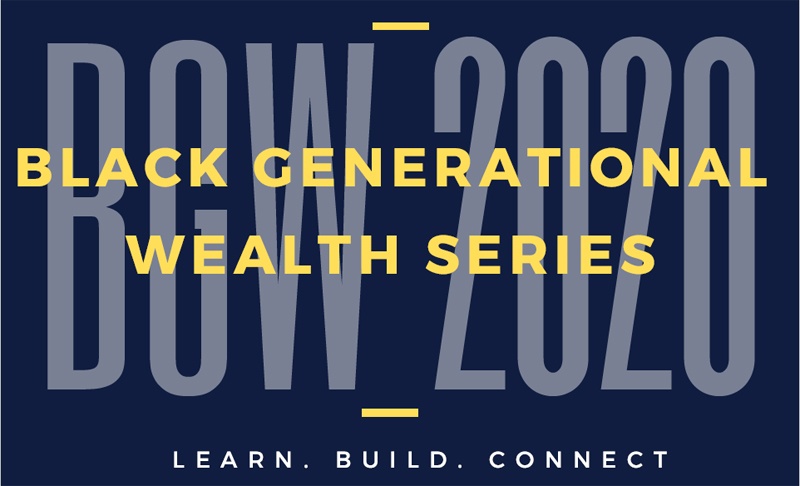 These weekly economic empowerment events being held throughout February will aim to supply the tools and resources necessary to obtain and maintain generational wealth.

This series will feature events covering topics like financial literacy, engaging City resources and initiatives, entrepreneurship, and transferring wealth. The seminars will feature professional panelists and speakers with a wealth of experience and insight, including successful Black business owners and financial experts in Philadelphia.

Upcoming events in the Black Generational Wealth Series include:

Building Blocks: Opportunities to Rebuild with the City of Philadelphia - February 11

Planting the Seeds of Wealth: Transferring Knowledge to the Next Generation - February 25

You can find additional resources through our Digital Learning Portal and these recommendations in our catalog: 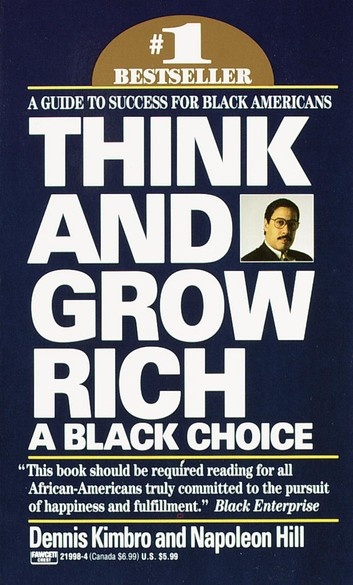 Think and Grow Rich: A Black Choice by Dennis Kimbro and Napoleon Hill
The "Granddaddy of All Motivational Literature." It was the first book to boldly ask, "What makes a winner?" The man who asked and listened for the answer, Napoleon Hill, is now counted in the top ranks of the world's winners himself. The most famous of all teachers of success spent "a fortune and the better part of a lifetime of effort" to produce the "Law of Success" philosophy that forms the basis of his books and that is so powerfully summarized in this one. Hill draws on stories of Andrew Carnegie, Thomas Edison, Henry Ford, and other millionaires of his generation to illustrate his principles. In the updated version, there are anecdotes of how contemporary millionaires and billionaires, such as Bill Gates, Mary Kay Ash, Dave Thomas, and Sir John Templeton, achieved their wealth. Outmoded or arcane terminology and examples are faithfully refreshed to preclude any stumbling blocks to a new generation of readers. 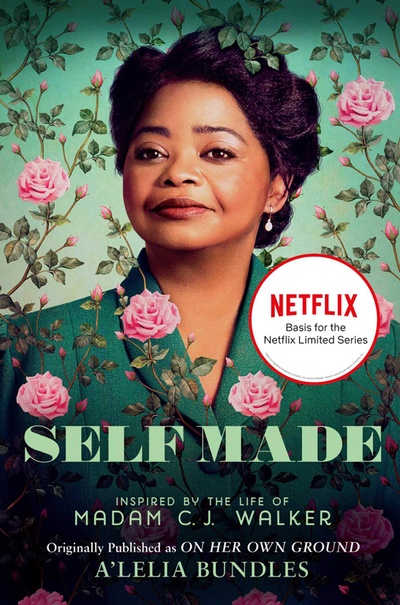 Self Made: Inspired by the Life of Madam C.J. Walker by A'Lelia Bundles
The first full-scale biography of "one of the great success stories of American history" (Philadelphia Inquirer), Madam C.J. Walker—the legendary African American entrepreneur and philanthropist—by her great-great-granddaughter, A'Lelia Bundles. The daughter of slaves, Madam C.J. Walker was orphaned at seven, married at fourteen, and widowed at twenty. She spent the better part of the next two decades laboring as a washerwoman for $1.50 a week. Then—with the discovery of a revolutionary hair care formula for black women—everything changed. By her death in 1919, Walker managed to overcome astonishing odds: building a storied beauty empire from the ground up that would be run by four generations of Walker women until its sale in 1985, amassing wealth unprecedented among black women, and devoting her life to philanthropy and social activism. 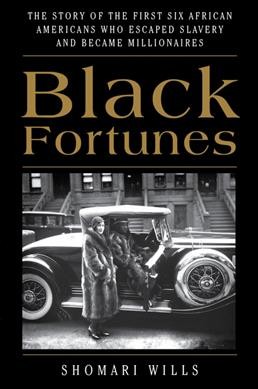 Black Fortunes: The Story of the First Six African Americans Who Escaped Slavery and Became Millionaires by Shomari Wills
The untold history of America's first black millionaires—former slaves who endured incredible challenges to amass and maintain their wealth for a century, from the Jacksonian period to the Roaring Twenties—self-made entrepreneurs whose unknown success mirrored that of American business heroes such as Henry Ford, John D. Rockefeller, and Thomas Edison. Between the years of 1830 and 1927, as the last generation of blacks born into slavery was reaching maturity, a small group of smart, tenacious, and daring men and women broke new ground to attain the highest levels of financial success. 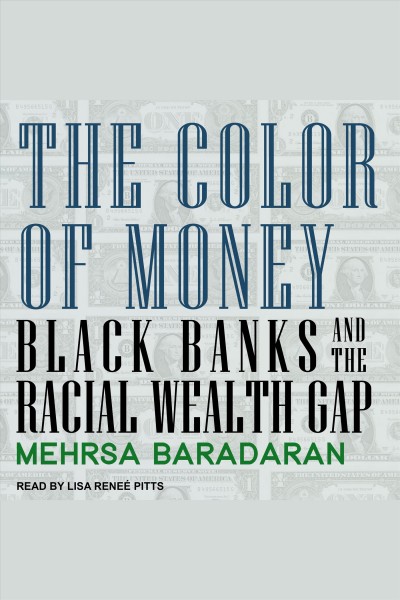 The Color of Money: Black Banks and the Racial Wealth Gap by Mehrsa Baradaran
When the Emancipation Proclamation was signed in 1863, the black community owned less than one percent of the United States' total wealth. More than 150 years later, that number has barely budged. This book pursues the persistence of this racial wealth gap by focusing on the generators of wealth in the black community: black banks. Studying these institutions over time, Mehrsa Baradaran challenges the myth that black communities could ever accumulate wealth in a segregated economy. Instead, housing segregation, racism, and Jim Crow credit policies created an inescapable, but hard to detect, economic trap for black communities and their banks. The Catch-22 of black banking is that the very institutions needed to help communities escape the deep poverty caused by discrimination and segregation inevitably became victims of that same poverty. Not only could black banks not "control the black dollar" due to the dynamics of bank depositing and lending but they drained black capital into white banks, leaving the black economy with the scraps. Baradaran challenges the long-standing notion that black banking and community self-help is the solution to the racial wealth gap. These initiatives have functioned as a potent political decoy to avoid more fundamental reforms and racial redress. Examining the fruits of past policies and the operation of banking in a segregated economy, she makes clear that only bolder, more realistic views of banking's relation to black communities will end the cycle of poverty and promote black wealth. 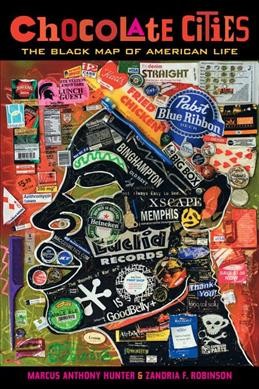 Chocolate Cities: The Black Map of American Life by Marcus Anthony Hunter and Zandria F. Robinson
When you think of a map of the United States, what do you see? Now think of the Seattle that begot Jimi Hendrix. The Dallas that shaped Erykah Badu. The Holly Springs, Mississippi, that compelled Ida B. Wells to activism against lynching. The Birmingham where Martin Luther King, Jr., penned his most famous missive. Now how do you see the United States? This book offers a new cartography of the United States—a "Black Map" that more accurately reflects the lived experiences and the future of Black life in America. Drawing on cultural sources such as film, music, fiction, and plays, and on traditional resources like Census data, oral histories, ethnographies, and health and wealth data, the book offers a new perspective for analyzing, mapping, and understanding the ebbs and flows of the Black American experience—all in the cities, towns, neighborhoods, and communities that Black Americans have created and defended. Black maps are consequentially different from our current geographical understanding of race and place in America. And as the United States moves toward a majority-minority society, this text provides a broad and necessary assessment of how racial and ethnic minorities make and change America's social, economic, and political landscape. 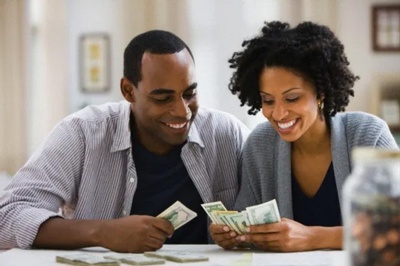 The Black Generational Wealth series will focus on topics such as financial literacy, engaging City resources and initiatives, entrepreneurship, and transferring wealth. 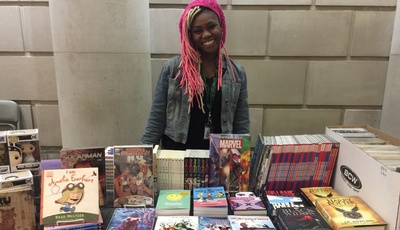 Ariell Johnson, owner of Amalgam Comics, is just one of the many entrepreneurs you can support by shopping at Black-owned businesses in Philadelphia!
Add a Comment