“And, of course, men know best about everything, except what women know better.”

In honor of Women’s History Month, we are excited to spotlight a woman who followed her own rules. English novelist, poet, journalist, translator, and one of the leading writers of the Victorian era: Mary Ann Evans, born over 200 years ago on November 22, 1819.

But, you may be more familiar with her pen name: George Eliot.

George Eliot, I mean, Mary Ann Evans (1819 -1880), used a nom de plume to disguise her gender. Just as George Sand aka Amantine Lucile Aurore Dupin (1804– 1876) did before her. As did the Brontë sisters: Charlotte, Emily, and Anne under the male pseudonyms of Currer, Ellis, and Acton Bell. Charlotte Brontë explained it well, "We did not like to declare ourselves women, because we had a vague impression that authoresses are liable to be looked on with prejudice."

"Blessed is the man who, having nothing to say, abstains from giving us wordy evidence of the fact."

But back to Mary Ann Evans—already widely known and respected for her success as a translator, editor, and critic—she became George Eliot when three of her short stories were published in Blackwood's Magazine in 1857. She chose this pen name both to have her fiction judged separately from her previous work and to escape the stereotype that women’s writings were limited to lighthearted romances. As a man, she thought her work would be taken more seriously. And it was.

In 1859, her first novel Adam Bede went through eight printings. It was immediately recognized as a significant literary work, has continuously remained in print to this day, and is regularly used in university studies of 19th-century English literature. Her deliberate choice to pseudonymously publish fiction in an era when female authors were unheard or ridiculed was not the only reason for the creation of George Eliot. She also, for good reason, desired to shield her private life from public scrutiny.

You see, she was in a romantic relationship with the already married George Henry Lewes, a philosopher and literary critic. They met when she was working at The Westminster Review, a liberal quarterly British publication. They were together for over twenty-five years until his death in 1878.

In fact, the first name of her nom de plume was a nod to her love George. The surname Eliot she claimed, was chosen because it was "a good mouth-filling, easily pronounced word".

"Keep true. Never be ashamed of doing right. Decide what you think is right and stick to it."

George Eliot’s major works of fiction include The Mill on the Floss (1860), Silas Marner (1861), Romola (1863), Felix Holt, the Radical (1866), Middlemarch (1871–72), and Daniel Deronda (1876). The Rare Book Department has many of these works, but the most glamorous looking of the bunch are two gilded decorative publisher’s bindings: Scenes of Clerical Life (Short stories) and Silas Marner.

The rarest of our holdings is the copy of her second novel, The Mill on the Floss. The Rare Book Department’s copy belonged to author Charles Dickens (who at times used the pen name Boz). Published in a three-volume set, instead of signing her name, on the title page we see written in script "From the Author". On the inside of the front cover is Dicken’s personal bookplate.

The three-volume novel, also known as three-decker or triple-decker, was the standard form of publishing for British fiction during the nineteenth century. It was done this way to create a demand. By publishing Part I, it whet an appetite for Parts II and III. The income from Part I could be used to pay for the printing costs of the later parts. Our copy has all three parts fully intact.

The Free Library has copies of George Elliot’s novels in book form, as well as ebooks and audiobooks. The Mill on the Floss, Silas Marner, Middlemarch, and Daniel Deronda adaptations are also all available on DVD. You just have to pick the format and the novel that is right for you. We suggest you start with the BBC 1994 TV Series Middlemarch—it's a must-watch. 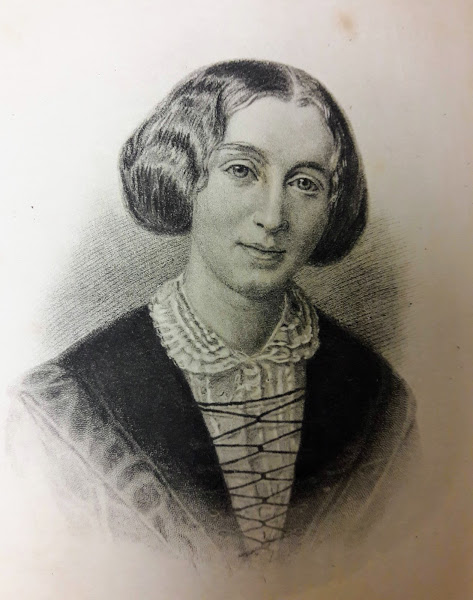 The author at the age of 30 by artist M. D ’Albert-Durade 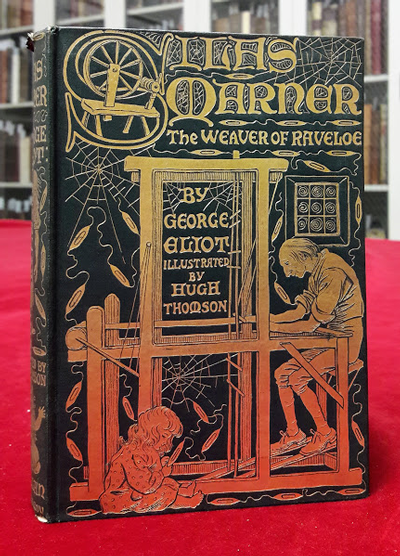 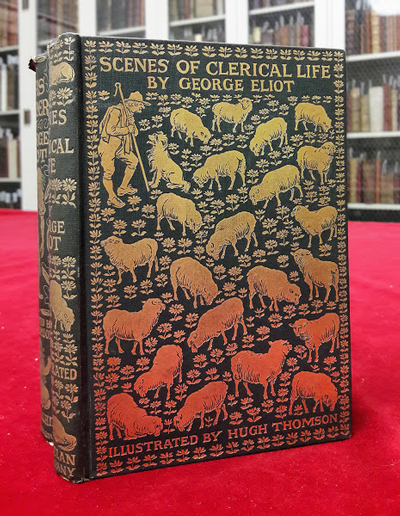 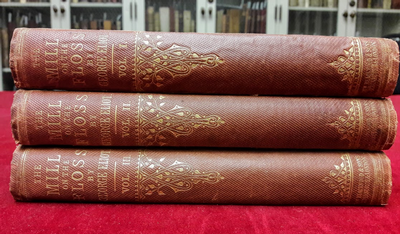 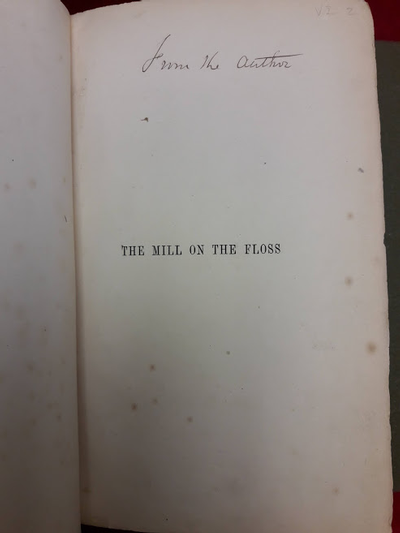 From the Author Signature 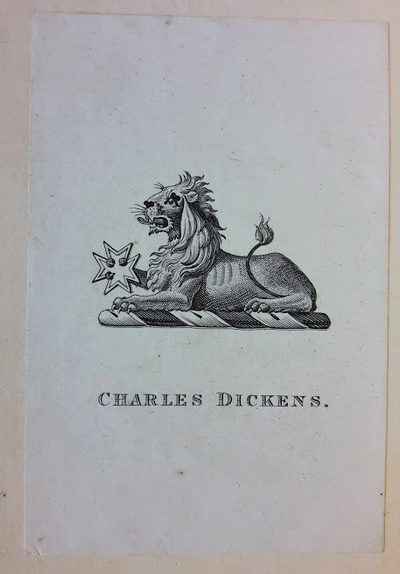 Charles Dickens' Personal Bookplate
9 Comments | Add a Comment
Wonderful article!
Kristie
I love the quotes!
Susan - Philadelphia
Thank you for highlighting MaryAnn/George. May we be inspired to remain steadfast and courageous to share art with the world.
p.c.
Fascinating read! I didn't realize she was so prolific and I love all those old book images. Thank you for sharing!
Kalela Williams - Philadelphia
Great article. Did you know George Eliot was the first person in recorded history to refer to popular music as "pop"?
bruno - Philadelphia
Love this! Karen bringing the gossip and the scholarship! More, please.
Carolyn - Philly
Fascinating! This makes me wonder if some illustrators also took noms de plume. Please continue to give us the dirt! ;)
Sandra Pilla - Philadelphia
Thank you!
Sandie Farrell - Philadelphia
Finding this on my Google Discovery is a wonderful coincidence! I just happen to be on a George Eliot binge. I just finished and loved Adam Bede. Starting on Middlemarch today. Loved seeing the pictures as well as I am a bit of a Dickens geek so I got a two for one moment of awe and delight! Kudos on an excellent article!
Melissa Cline - Louisville