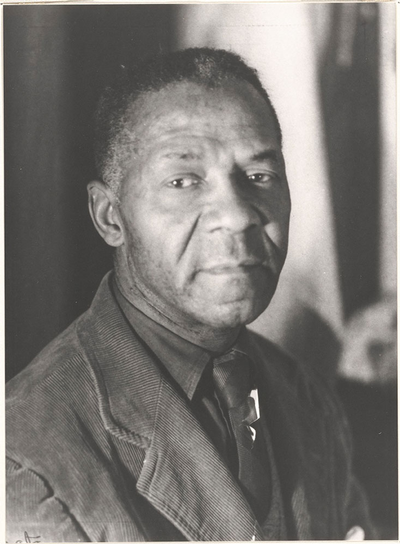 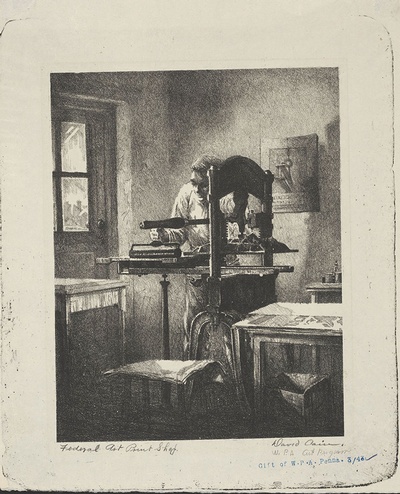 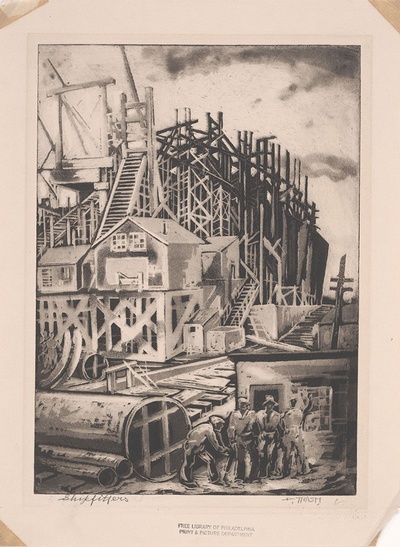 Dox Thrash was an innovative artist and printmaker who gained recognition for his realistic and moving depictions of Black life while working for the federally-funded Philadelphia Fine Print Workshop.

Dox Thrash was born in Griffin, Georgia in 1893. He dropped out of school after finishing the fourth grade and studied art through correspondence courses. In 1908, he left home and traveled around before settling in Chicago in 1911. Thrash attended the Art Institute of Chicago at night for four years before joining the United States Army during World War I. After the war, Thrash used his veteran benefits to continue his studies at the Art Institute of Chicago full time, finishing his studies in 1923. In The History of My Life, an undated and unpublished typescript autobiography, Dox Thrash describes his time after finishing his art education:

“...I was lured back to the open road, hobo-ing, working part the time on odd jobs. Such as bell boy, dining car waiter, private car porter, massager in bathhouses, black face comedian in carnivals, small town circuses, and vaudevilles. With the idea of observing, drawing and painting the people of America. Especially the “Negro”.

Finally, I landed in Boston, and lived there a year. Soon I faded out of the picture, and was not  heard from for two years. Was hidden in a town named Sufficfield [Suffield], Conn. I came out and decided I had enough study of nature to carry me along. I came to New York City, and remained there for a year. Later departed from New York, for another cross-country journey but did get any further than Philadelphia, and have remained here ever since.”

After arriving in Philadelphia, he found work as a commercial artist, designing posters, business advertisements, and running a sign-painting business in North Philadelphia. He soon realized that he "had missed something in art; that was the art of printmaking," and went on to develop his printmaking skills under Earl Horter at the Graphic Sketch Club, now the Fleisher Art Memorial. In 1937, Thrash joined Philadelphia’s Fine Print Workshop, a division of the Works Progress Administration’s (WPA) Federal Art Project. As a New Deal agency, the WPA funded workshops for out-of-work artists that focused on creativity and technical experimentation. Between 1937 and 1943, the Fine Print Workshop operated at 311 South Broad Street, above Benny the Bum’s Night Club.

While working at the Fine Print Workshop, Dox Thrash and colleagues Michael Gallagher and Hugh Mesibov invented a new printmaking technique: the carborundum mezzotint. The process leads to a richly inked and velvety image, used to great effect for Black portraiture by the Black printmakers in the Philadelphia Fine Print Workshop. Carborundum mezzotint portraits by Dox Thrash include Manda, Whiskers, Life, Alice, and his self-portrait, Mr. X. Click to browse other carborundum prints in the Free Library’s Digital Collections. Learn more about how carborundum prints are made through this document from the Philadelphia Museum of Art.

When the WPA ended in 1943, the Free Library’s Print and Picture Collection became a non-federal repository for over 1200 drawings and prints created by artists working for the Federal Art Project in Philadelphia. Over 80 prints and drawings by Dox Thrash are part of the WPA Printmaking Collection. You can browse a selection of works by Dox Thrash in the library’s Digital Collections. People interested in learning more about Dox Thrash and the WPA Printmaking Collection should contact the Print and Picture Collection.

Dox Thrash continued to create art and exhibit his work throughout Philadelphia, including The Print Club (now The Print Center) of Philadelphia, the Philadelphia Museum of Art, and the Pyramid Club, a Philadelphia social club founded in 1937 that played a major role in exhibiting local Black artists. From 1945 to 1958, Thrash worked as a house painter for the Philadelphia Housing Authority. He shared studio space with another former WPA artist, Sam Brown, in North Philadelphia. Between 1944 and 1959, he owned a home at 2340 West Columbia Avenue (now Cecil B. Moore Avenue) in the Sharswood neighborhood.

In 2017, as part of the Mysterious Travelers music event series, a collaboration of the Free Library of Philadelphia's Music Department and Philadelphia Jazz Project, jazz musician Larry Price visited the Print and Picture Collection and found inspiration in Dox Thrash’s work. Price’s "musical poems'" were performed live in Parkway Central Library’s Montgomery Auditorium. Watch the videos and see the prints that inspired the works: 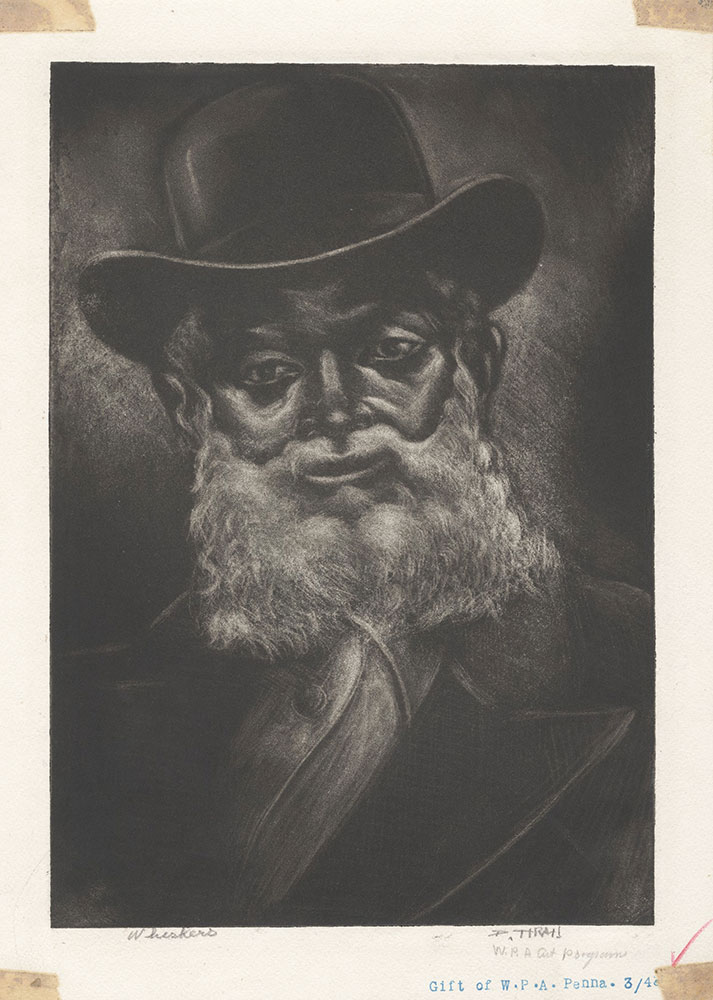 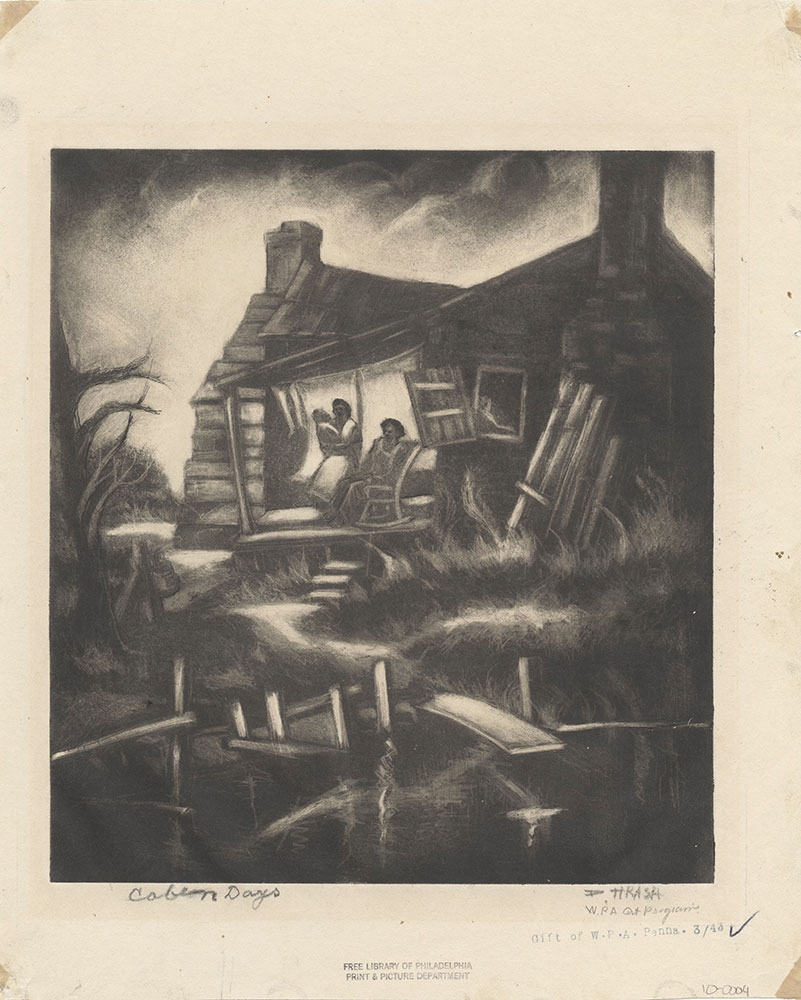 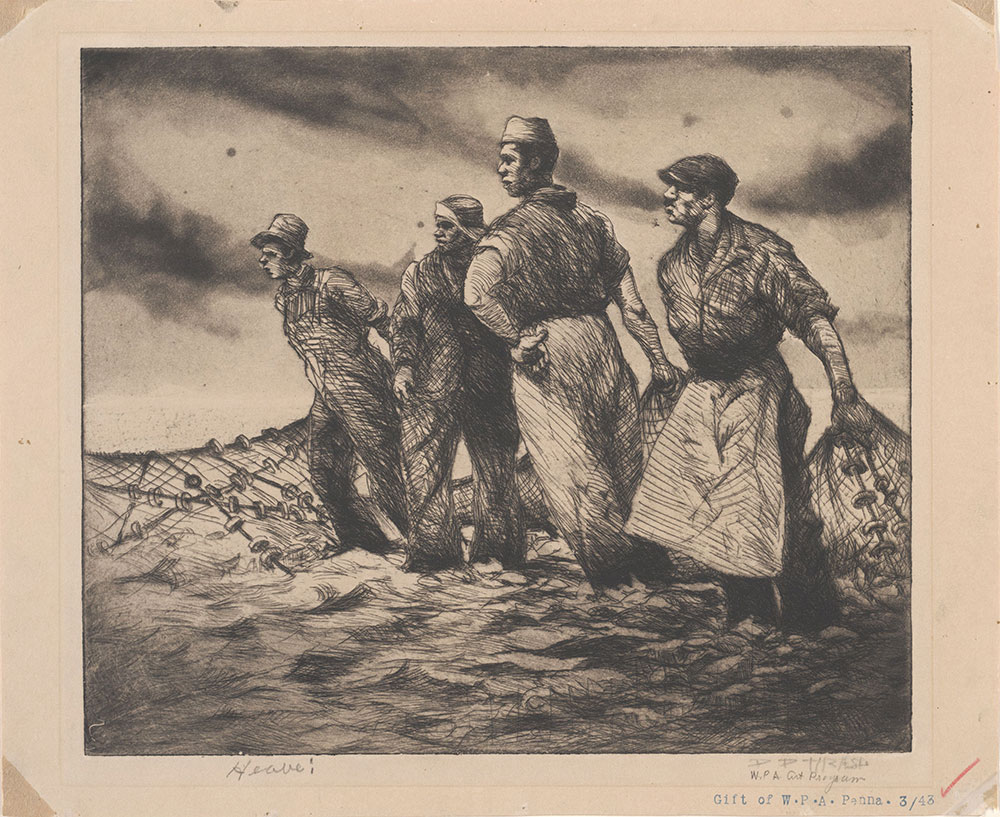 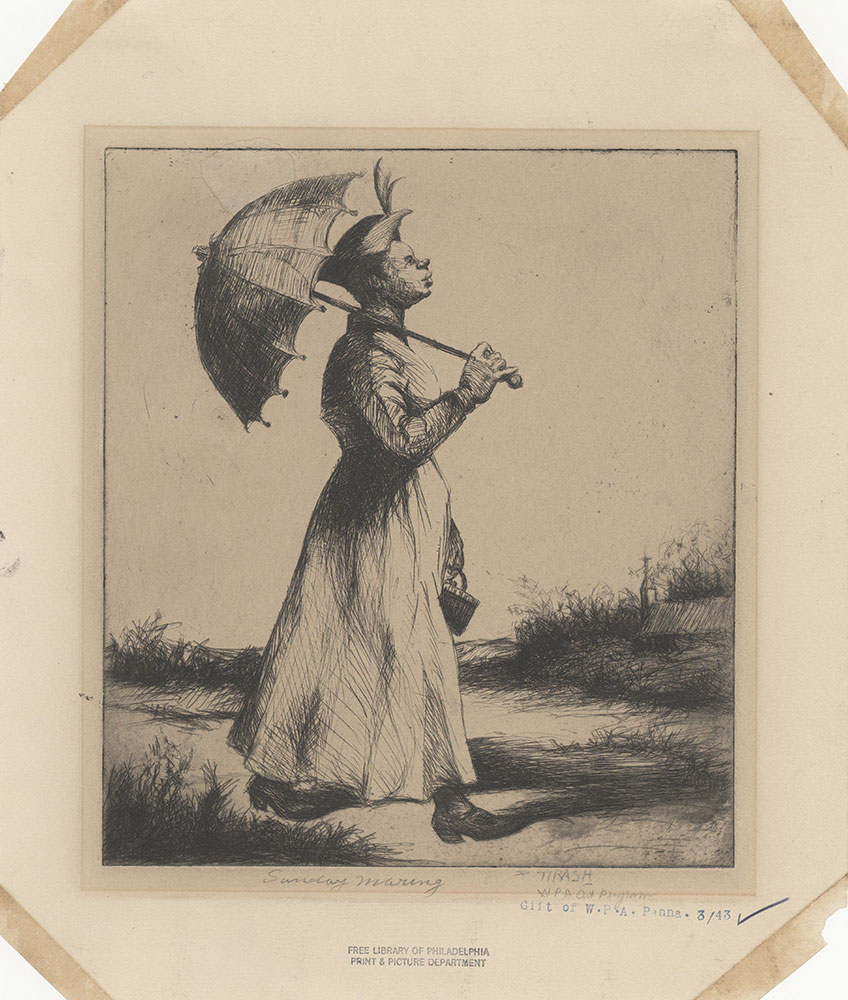 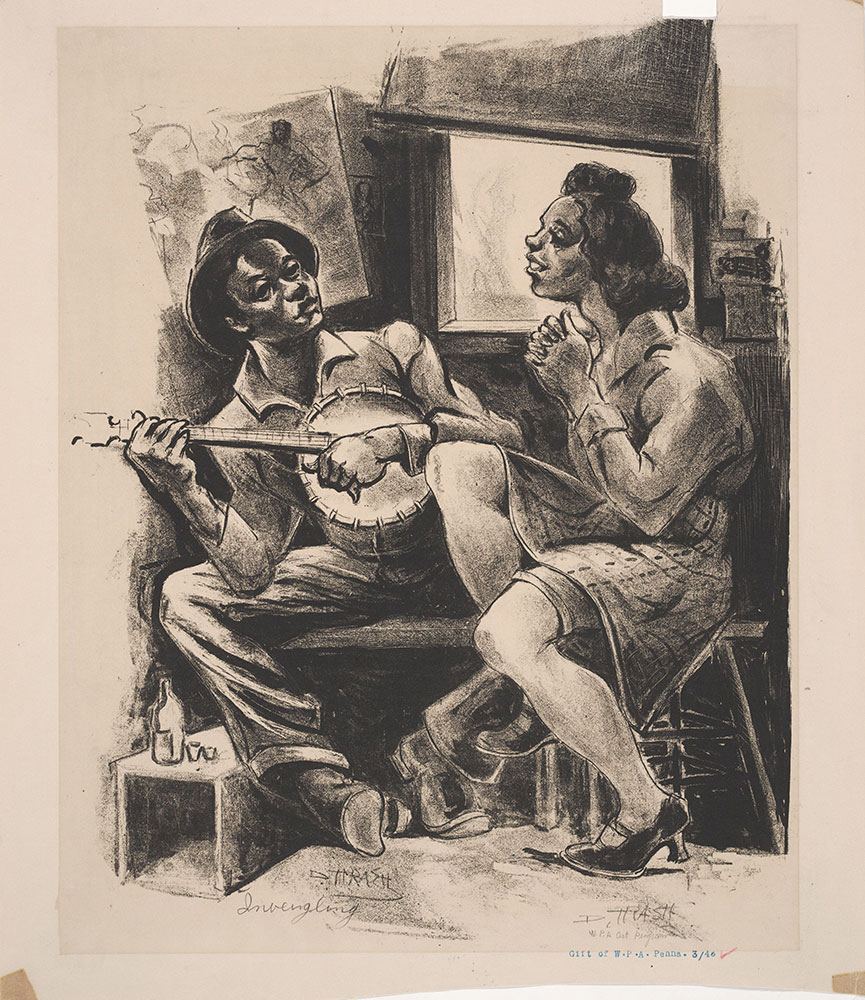 For more about Dox Thrash, check out the Art Department’s book Dox Thrash: An African American Master Printmaker Rediscovered by John Ittman, a comprehensive biography and catalog published in conjunction with a 2001 exhibition of the same name at the Philadelphia Museum of Art.

Stay tuned for this fall’s major exhibition For the Greatest Number: The New Deal Revisited, which takes a thematic look at the art and artifacts created by workers employed by the WPA and other New Deal agencies. The exhibition is a chance to see several works by Dox Thrash and other WPA printmakers up close and in person.

1 Comment | Add a Comment
Thank you so much. do end a catalogue for your exhibition to Dr Rhoda Eitel-Power of Print Quarterly for review
Martin Hopkinson - Broadstairs