The oldest known celebration of the end of enslavement in U.S. history, Juneteenth is a day that recognizes freedom and liberation.

Juneteenth, a combination of the words "June" and "nineteenth, centers Black lived experiences, identity, and history in the United States. Juneteenth remembers the date of June 19, 1865, when enslaved people in Galveston, Texas learned from Major General Gordon Granger and Union soldiers that they were now free across the state of Texas and that the Civil War had ended. 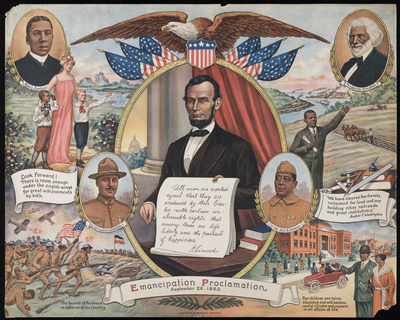 President Abraham Lincoln had issued the Emancipation Proclamation on January 1, 1863, which declared "that all persons held as slaves" in rebellious states, "are, and henceforward shall be free." This only applied to the 11 Confederate states that had seceded from the Union, and to only those that had not yet come under Union control. Coupled with this was the reality that during the Civil War, the Union forces were not successful in implementing the Emancipation Proclamation in Confederate states. In many ways, the Emancipation Proclamation did not mark the formal end to the institution of enslavement. In order to abolish the institution of enslavement, the U.S. Federal Government would have to ratify the 13th Amendment.

Ratification of the 13th Amendment 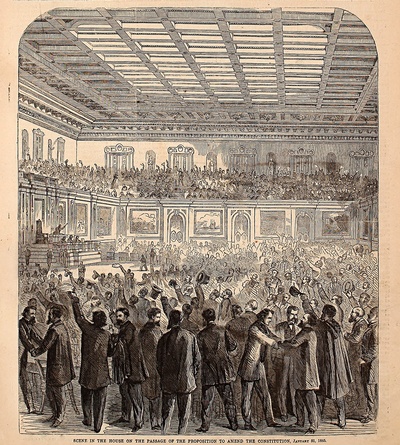 Robert E. Lee’s surrender on April 9, 1865 led to numerous other Confederate surrenders. With Confederate surrenders combined with Congress’s requirement that Confederate states ratify the 13th Amendment in order to fully rejoin the country, it would only be on December 6, 1865 that the required three-fourths of state legislatures ratified the 13th Amendment. On December 18, 1865, Secretary of State William Seward formally announced to the world that the United States had abolished the institution of enslavement.

"Neither slavery nor involuntary servitude, except as a punishment for crime whereof the party shall have been duly convicted, shall exist within the United States, or any place subject to their jurisdiction." 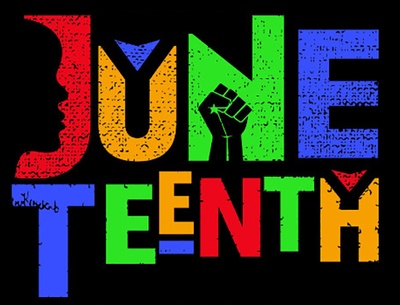 On June 19, 1865, nearly 2,000 Union soldiers arrived in Galveston Bay in the state of Texas. Although the 13th Amendment had not yet been signed into law, the Emancipation Proclamation was the legal basis for enslaved people’s freedom in Texas. On that day, Major General Gordon Granger issued General Order No. 3 which stated that the more than 250,000 enslaved people in Texas were free by executive decree, nearly two and a half years after Lincoln’s initial issue of the Emancipation Proclamation. June 19 became a day that marked freedom and annual Juneteenth celebrations began the following year in 1866. Juneteenth has also been called Black Independence Day, Emancipation Day, Juneteenth National Freedom Day, Jubilee Day, and Juneteenth Independence Day.

As we join the Juneteenth festivities this year, we celebrate freedom and recognize both the history of enslavement in the United States and commemorate its end.

For more information and resources about Juneteenth, visit our online calendar for a list of Juneteenth events, browse Juneteenth titles in our catalog, read Kalela William’s blog post on why "Juneteenth Matters", and listen (as a podcast or as a video on YouTube) to an Author Events recording with Professor Annette Gordon-Reed and her book On Juneteenth. 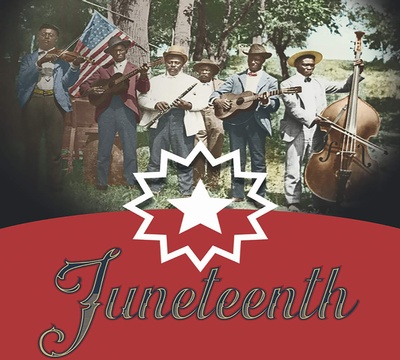 Juneteenth centers Black-lived experiences, identity, and history in the United States, and is a is a day that recognizes freedom and liberation.
Add a Comment