Juneteenth: A Celebration of Freedom and Cuisine

African American Independence Day, widely referred to as Juneteenth, originated in Galveston, Texas in 1865. Though the Emancipation Proclamation, issued in 1863, freed millions of slaves in confederate states, African Americans in Texas were not informed until June 19, 1865. Upon hearing the news, former slaves celebrated with prayer, barbeque, song, and dance.

The following year on June 19, the first official Juneteenth celebration took place in Galveston, Texas. Celebrations included participants wearing new clothes to represent their newfound freedom, the singing of spirituals, prayer meetings, and a communal picnic. Within a few years, Juneteenth became an annual celebration for African Americans throughout the United States. Though slavery had been abolished, segregation and Jim Crow laws made it nearly impossible for African Americans to celebrate publicly.

In 1872, Minister and former slave Jack Yates and his church Antioch Baptist, along with Trinity Methodist Episcopal Church, formed the Colored People’s Festival and Emancipation Park Association in honor of their freedom. Today, Juneteenth not only commemorates 156 years since the end of slavery but emphasizes African American history, education, and accomplishments. Many African Americans use this time to ruminate on their ancestral lineage and past, self-improvements, and prospects. While many nationalities acknowledge and hold vigil with African Americans around the country, Juneteenth has only recently been constituted as a national holiday. On June 7, 1979, Texas was the first state to declare Juneteenth a state holiday and in 2019, all but four states have followed suit.

Notably, the color red is highlighted throughout Juneteenth celebrations and festivities. It is not only symbolic of the blood of millions of slaves and African American soldiers who suffered and died, but also symbolizes blood used as a sacrificial offering to ancestors and deities. Equally important, red drinks on Juneteenth have been linked to two native West African plants, the kola nut and Hibiscus flower. Both were transported to the Caribbean and the Americas during the Atlantic slave trade and used for medicinal purposes. The kola nut, typically white or red, was and still is served to guests as a snack to chew, used as a water purifier, or steeped for tea. From watching their captives, plantation owners noticed that the kola nut could be used as an energy booster, digestive, or cold remedy, and made for a stimulating additive to bitter water, creating a reddish-brown refreshing drink.

Often, the flowers of the hibiscus, too, were stewed to make a reddish-purple tea called bissap and provided to guests. Hibiscus is filled with antioxidants and has been associated with the reduction of blood pressure and blood fat levels. In addition to red foods, soul foods such as fried chicken, yams or sweet potatoes, black-eyed peas, red beans, mustard or collard greens, okra, and barbeque are served.

In honor of Juneteenth, I am sharing my favorite Juneteenth punch recipe. For more information on Juneteenth celebrations and resources throughout the city, follow the links below. 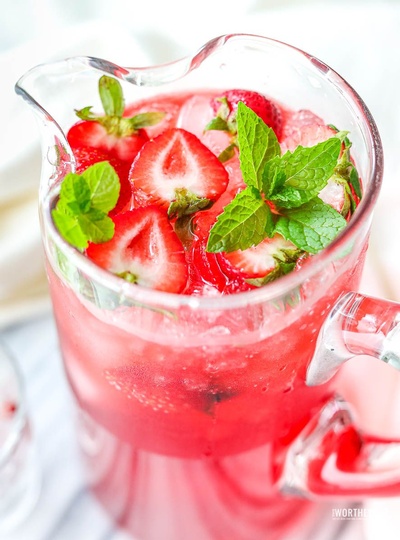 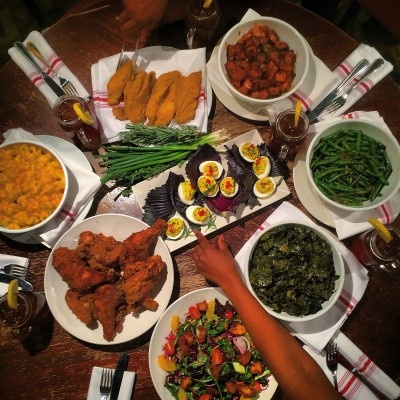 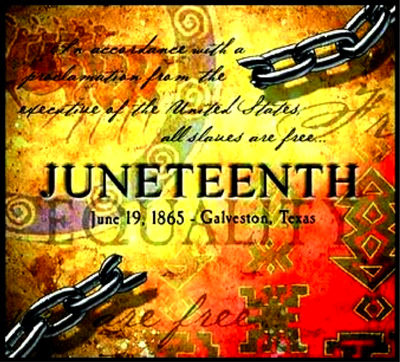