If ever a Broadway musical seemed destined to fail, it was Oklahoma.

Contrary to the standard practice at the time, the producers insisted on casting singers who could act, rather than actors who could sing. As a result, the show opened on Broadway without a single star in the cast. Almost everyone had reservations about the show’s original title, Away We Go, which offered no clues as to what the production was actually about. Finally, while Oscar Hammerstein II is now seen as an iconic legend of the American musical theater, his reputation was considerably less lofty in 1943. In fact, failure seemed to follow him like a faithful dog. Prior to Oklahoma, his last five projects were flops. To many in the business, he was a man to avoid.

The official kiss of death was delivered when the great American showman and producer, Mike Todd, actually walked out of a pre-Broadway production of the musical in New Haven, Connecticut. Todd was convinced that the show would be dead on arrival. When asked why, the future husband of actress Elizabeth Taylor had a pithy reply: "No legs, no jokes, NO Chance!"
As we now know, Todd was profoundly wrong. Oklahoma broke all previous Broadway records of success, running for 2,212 performances. This was followed by award-winning revivals, national tours, foreign productions, and an Oscar-winning film, just 12 years later.

This pioneering piece of musical theater is now almost 80 years old. What makes it America’s first modern musical? First of all, prior to Oklahoma, many Broadway shows were full of silly, corny, and truly forgettable songs. "Oh What A Beautiful Morning," Oklahoma’s opening number, forced both composers and lyricists to strive for a higher standard of quality than had previously been the case.

It’s also true that before this 1943 landmark, many characters in Broadway shows were one-dimensional, cardboard cutouts. From the villainous Jud Fry, to the flirtatious Ado Annie, Oklahoma seems to be populated by real, flesh and blood, psychologically complex people, who may remind us of individuals that we know. Don’t many of us have relatives like the no-nonsense, bitingly funny Aunt Eller?

Finally, no previous Broadway show integrated music and dance in the way that Oklahoma does, since it contains a landmark, 18-minute ballet created by the legendary Agnes De Mille in the first act. Perhaps Sigmund Freud deserves some credit as well.

This all leads us to our upcoming event: an insightful discussion of the 1943 Broadway production of Oklahoma, the first modern musical that Broadway ever produced. Our speaker will be Dr. Christine Anderson, of the Boyer College of Music and Dance at Temple University. She will play selected recorded highlights from this production to illustrate her key points. Register for this compelling program that takes place virtually via Zoom on Wednesday, September 22 at 11:00 a.m., hosted by the Parkway Central Library's Senior Services department. 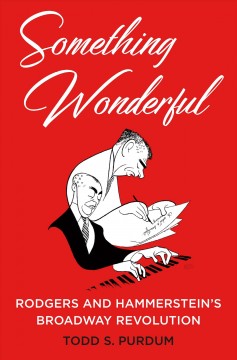 Something Wonderful: Rodgers and Hammerstein’s Broadway Revolution by Todd S. Purdom
Even before they joined forces, Richard Rodgers and Oscar Hammerstein II had written dozens of Broadway shows, but together, they pioneered a new art form:  the serious musical play. Their songs and dance numbers served to advance the drama and reveal character, a sharp break from the past and the template on which all future musicals will be built. 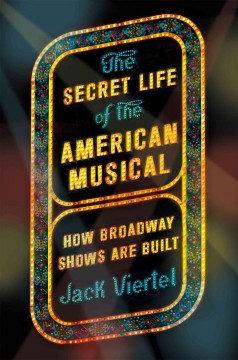 The Secret Life of the American Musical: How Broadway Shows Are Built by Jack Viertel
Americans love musicals. Americans invented musicals. Americans perfected musicals. But what, exactly, is a musical? This book takes them apart, puts them back together, sings their praises, marvels at their unflagging inventiveness, and occasionally despairs over their more embarrassing shortcomings. In the process, the author invites us to fall in love all over again with musicals by showing us what makes them work, how they captivate audiences, and how one landmark show leads to the next. 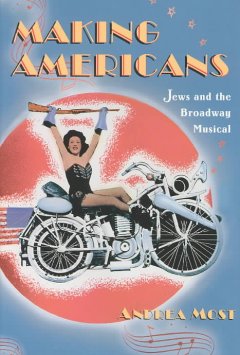 Making Americans: Jews & The Broadway Musical by Andrea Most
This book delves into the work of the most influential artists of the genre during the years surrounding World War II—Irving Berlin, Eddie Cantor, Dorothy and Herbert Fields, George and Ira Gershwin, Oscar Hammerstein, Lorenz Hart, and Richard Rodgers---and encounter new interpretations of such classics as The Jazz Singer, Whoopee, Girl Crazy, Babes in Arms, Oklahoma!, Annie Get Your Gun, South Pacific, and The King and I. Analysis throughout this book, in the context of memoirs, correspondence, production designs, photographs, and newspaper clippings, reveals how these brilliant composers, librettists, and performers transformed the experience of New York Jews into the grand, even sacred acts of being American. 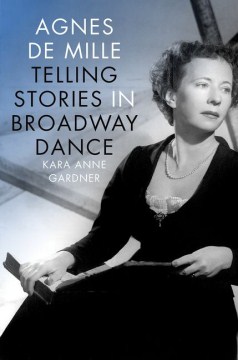 Agnes de Mille: Telling Stories in Broadway Dance by Kara Anne Gardner
This book explores the Broadway legacy of choreographer Agnes de Mille from the 1940s through the 1960s. Six musicals are discussed in depth—Oklahoma!, One Touch of Venus, Bloomer Girl, Carousel, Brigadoon, and Allegro. Oklahoma!, Carousel, and Brigadoon were de Mille’s most influential and lucrative Broadway works. The other three shows exemplify aspects of her legacy that have not been fully examined, including the impact of her ideas on some of the composers with whom she worked; her ability to incorporate a previously conceived work into the context of a Broadway show, and her trailblazing foray in the role of choreographer/director. Each chapter emphasizes de Mille’s unique contributions to the original productions. 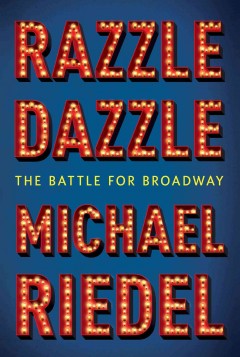 Razzle Dazzle: The Battle For Broadway by Michael Riedel
A provocative, no-holds-barred narrative account of the people, money, and power that re-invented an iconic quarter of New York City, turning its gritty back alleys and sex shops into the glitzy, dazzling Great White Way. This book tells the stories of the Shubert Organization and the shows that re-built a city in grand style, revealing the backstage drama that often rivaled what transpired onstage, exposing bitter rivalries, unlikely alliances, and scintillating gossip. 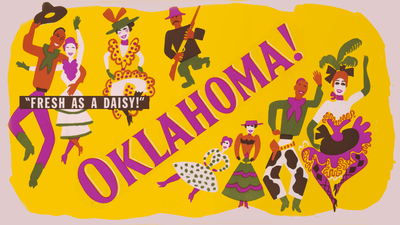 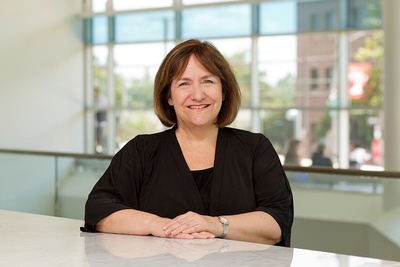