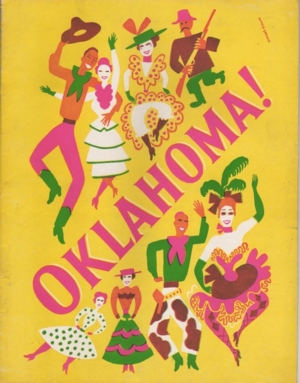 If ever a musical show seemed marked for disaster, it was Oklahoma.  Since the producers had insisted on casting singers who could act, rather than actors who could sing, the show opened without a single star in the cast.  As all Broadway insiders knew, the show’s lyricist, Oscar Hammerstein II, seemed to be cursed.  His last six shows had ended in failure.  Even the show’s original title, “Away We Go,” left people cold.  When the legendary producer, Mike Todd, walked out of a Pre-Broadway production in New Haven, his rejection seemed to be the kiss of death. Asked why he had given up on the show before the second act, Todd replied: “No legs, no jokes, No Chance!

As it turned out, Oklahoma became one of the most successful musicals in the history of Broadway sparking a major Hollywood film and constant revivals in New York, London and Australia. This great musical is now nearly 80 years old and Dr. Christine Anderson will explain why it continues to influence us today.

7:30 P.M.
VIRTUAL - Tarana Burke | Unbound: My Story of Liberation and the Birth of the Me Too Movement | Virtual