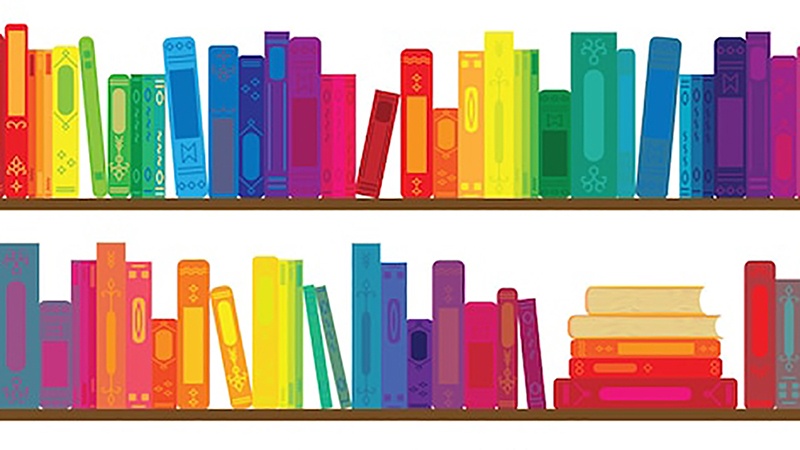 Check out these book recommendations in our catalog from the Rainbow Connection!

The Rainbow Connection is an LGBTQ+ group of library staff across all job classes that serve to support each other and the Queer communities in Philadelphia.

Below are the books that we loved reading so far this fall and would love to share with you! 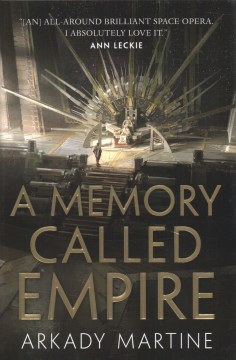 During a time of political instability in the highest echelons of the imperial court, Ambassador Mahit Dzmare arrives in the center of the multi-system Teixcalaanli Empire. She discovers that her predecessor, the previous ambassador from their small but fiercely independent mining Station, has died. No one will admit that his death wasn't an accident—or that Mahit might be next to die. Now Mahit must discover who is behind the murder, rescue herself, and save her Station from Teixcalaan's unceasing expansion—all while navigating an alien culture that is all too seductive, engaging in intrigues of her own, and hiding a deadly technological secret that might spell the end of her Station and her way of life—or rescue it from annihilation. 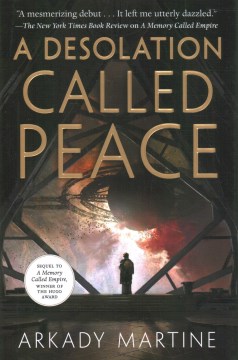 An alien armada lurks on the edges of Teixcalaanli space. No one can communicate with it, no one can destroy it, and Fleet Captain Nine Hibiscus is running out of options. In a desperate attempt at diplomacy with the mysterious invaders, the fleet captain has sent for a diplomatic envoy. Now Mahit Dzmare and Three Seagrass—still reeling from the recent upheaval in the Empire—face the impossible task of trying to communicate with a hostile entity. Whether they succeed or fail could change the face of Teixcalaan forever. 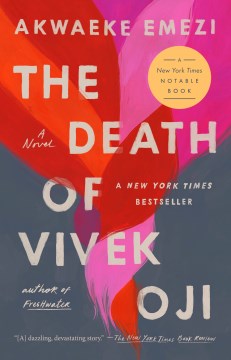 The Death of Vivek Oji by Akwaeke Emezi

Raised by a distant father and an understanding but overprotective mother, Vivek suffers disorienting blackouts and moments of disconnection between self and surroundings. As adolescence gives way to adulthood, Vivek finds solace in friendships with the boisterous daughters of the Nigerwives, foreign-born women married to Nigerian men. But Vivek's closest bond is with Osita, the worldly, high-spirited cousin whose teasing confidence masks a guarded private life. As their relationship deepens, an act of violence leads to a family's struggle with loss and transcendence. 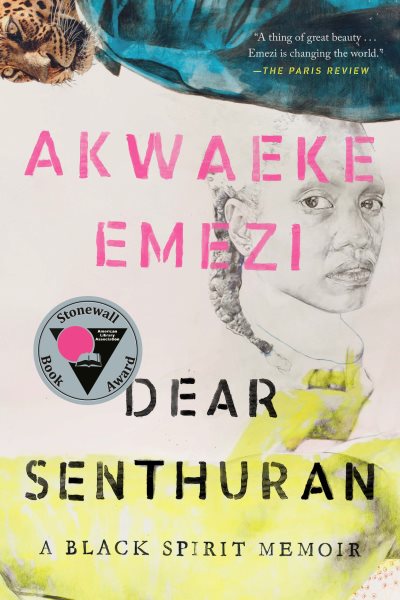 A full-throated and provocative memoir in letters from the New York Times-bestselling author of The Death of Vivek Oji, "a dazzling literary talent whose works cut to the quick of the spiritual self" (Esquire). "I want to write as if I am free," Akwaeke Emezi declares in the opening of this utterly original spiritual and creative memoir. In the novels Freshwater and The Death of Vivek Oji, Emezi introduced the landscape of Nigerian childhood through the medium of fiction. Now, the award-winning author lifts the veil of invention to reveal the harrowing yet inspiring truths of their personal, spiritual, and artistic journey—from the social constraints of childhood in Aba, Nigeria, through a lifetime of discoveries involving sexuality, storytelling, and self, to their determination to carve their way through the thorny labyrinth of the publishing world. Interweaving candid, intimate letters to friends, lovers, and family, Emezi reveals the raw pain of their journey as a spirit in the human world, the perils of all-consuming love and intimacy, and the hard-earned reward of achieving both literary recognition and a peaceful, joyous home. Electrifying and radically honest, animated by the same voracious intelligence that distinguishes their fiction, this book is a revelatory account of what it means to embody multiple spirits, to fight for survival, and to bend the world to one's will. 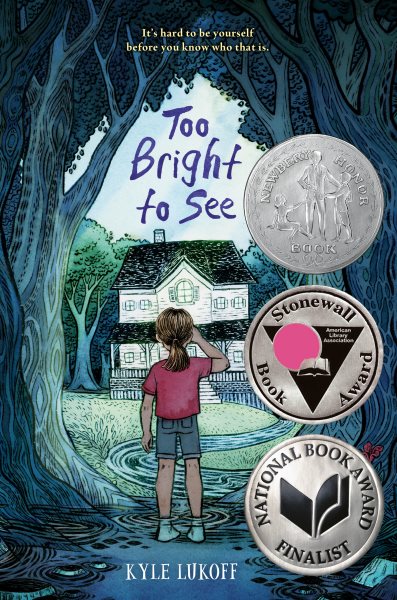 Too Bright to See by Kyle Lukoff

In the summer before middle school, eleven-year-old Bug must contend with best friend Moira suddenly caring about clothes, makeup, and boys; a ghost haunting; and the truth about Bug's gender identity. 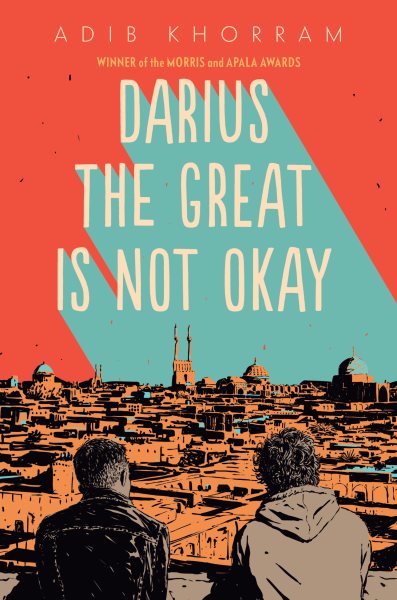 Darius the Great is Not Okay by Adib Khorram

Clinically-depressed Darius Kellner, a high school sophomore, travels to Iran to meet his grandparents, but it is their next-door neighbor, Sohrab, who changes his life. 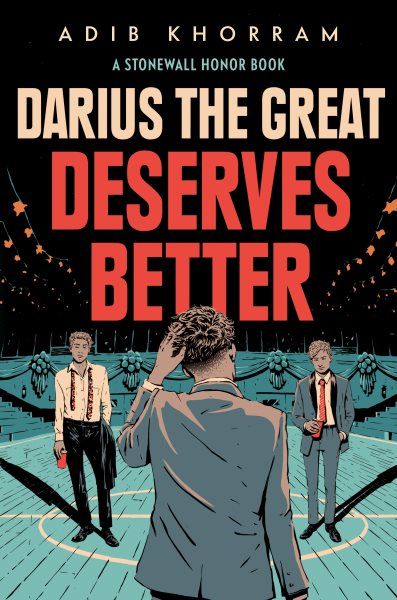 Darius Kellner has everything he thought he wanted—a new boyfriend, a new internship, and a spot on the soccer team—but growing up makes him question everything. 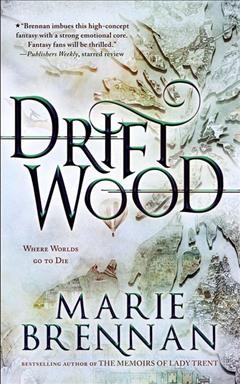 Fame is rare in Driftwood—it's hard to get famous if you don't stick around long enough for people to know you. But many know the guide, Last, a one-blooded survivor who has seen his world end many lifetimes ago. For Driftwood is a strange place of slow apocalypses, where continents eventually crumble into mere neighborhoods, pulled inexorably towards the center in the Crush. Cultures clash, countries fall, and everything eventually disintegrates. Within the Shreds, a rumor goes around that Last has died. Drifters come together to commemorate him. But who really was Last? Lying liar or heroic savior? A mercenary, a charlatan, a legend? A man, an immortal... perhaps even a god? 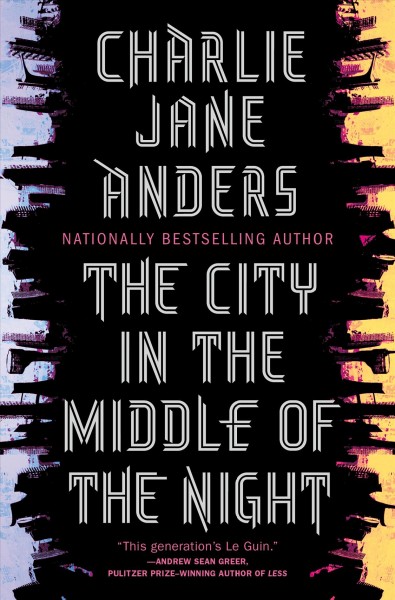 The City in the Middle of the Night by Charlie Anders

"If you control our sleep, then you can own our dreams... and from there, it's easy to control our entire lives." The bestselling author of All the Birds in the Sky returns with a strange, haunting, and deeply human tale. Sophie serves coffee at an underground cafe. She stays in the shadows and listens to the troubles of the parlor guests, but does not draw attention to herself for one simple reason: Sophie is supposed to be dead. When a nationalistic revolution forces Sophie from her safe haven, she must make a dangerous journey to a new city, one that revels in hedonism and chaos. After joining up with a band of smugglers, she finds herself on a long and treacherous path that will lead her far closer to the truth of her entire world and to the dangers that lurk even in the light of day. 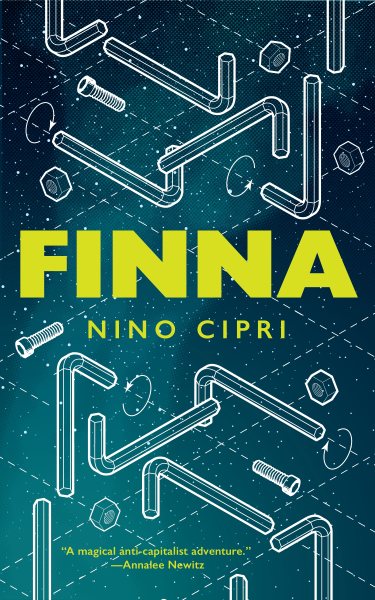 When an elderly customer at a Swedish big-box furniture store (but not that one) slips through a portal to another dimension, it's up to two minimum-wage employees to track her across the multiverse and protect their company's bottom line. Multi-dimensional swashbuckling would be hard enough, but those two unfortunate souls broke up a week ago. To find the missing granny, Ava and Jules will brave carnivorous furniture, swarms of identical furniture spokespeople, and the deep resentment simmering between them. Can friendship blossom from the ashes of their relationship? In infinite dimensions, all things are possible.

You can find these books and more upcoming recommendations from the new Rainbow Connection account in our catalog Library Community!

1 Comment | Add a Comment
Thanks for putting this together, I really enjoyed reading about these titles.
Nina C. - Philadelphia