Poet of the Week | Tomaž Šalamun 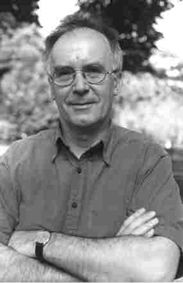 Tomaž Šalamun was born in Croatia in 1941 and grew up in Slovenia. He is considered to be one of the great postwar Central European poets, believing poetry to be as important or more important than politics or history. Šalamun has taught at the Universities of Alabama, Georgia, Massachusetts, and Tennessee, as well as at the prestigious University of Iowa Writers' Workshop. He spent several years as Cultural Attaché to the Slovenian Embassy in New York. Only five of Šalamun's 30-plus books of poetry have been published in English--The Selected Poems of Tomaž Šalamun (Ecco Press, 1988); The Shepherd, the Hunter (Pedernal, 1992); The Four Questions of Melancholy (White Pine, 1997); Feast (Harcourt Brace, 2000); and The Book for My Brother (2006). Nevertheless, Šalamun’s work has been translated into 15 languages.

Every true poet is a monster.
He destroys people and their speech.
His singing elevates a technique that wipes out
the earth so we are not eaten by worms.
The drunk sells his coat.
The thief sells his mother.
Only the poet sells his soul to separate it
from the body that he loves.