Poet of the Week | Martín Espada 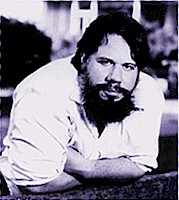 Martín Espada was born in Brooklyn in 1957. His father, a leader in the Puerto Rican community, introduced the poet to political activism at a young age. After receiving a B.A. in history from the University of Wisconsin--Madison and a J.D. from Northeastern University, he worked as a tenant lawyer and supervisor of a legal services program. Espada was nominated for a Pulitzer Prize for The Republic of Poetry (W. W. Norton, 2006). His book Alabanza: New and Selected Poems 1982-2002, was named an American Library Association Notable Book of the Year. He has been the recipient of numerous awards, among them an American Book Award, a PEN/Revson Fellowship, the Robert Creeley Award, the Antonia Pantoja Award, an Independent Publisher Book Award, a Gustavus Myers Outstanding Book Award, and two NEA Fellowships. Espada is currently a professor at the University of Massachusetts Amherst, where he teaches creative writing and Latino poetry.

Alabanza: In Praise of Local 100

for the 43 members of Hotel Employees and Restaurant Employees Local 100,
working at the Windows on the World restaurant, who lost their lives in
the attack on the World Trade Center

Alabanza. Praise the cook with the shaven head
and a tattoo on his shoulder that said Oye,
a blue-eyed Puerto Rican with people from Fajardo,
the harbor of pirates centuries ago.
Praise the lighthouse in Fajardo, candle
glimmering white to worship the dark saint of the sea.
Alabanza. Praise the cook's yellow Pirates cap
worn in the name of Roberto Clemente, his plane
that flamed into the ocean loaded with cans for Nicaragua,
for all the mouths chewing the ash of earthquakes.
Alabanza. Praise the kitchen radio, dial clicked
even before the dial on the oven, so that music and Spanish
rose before bread. Praise the bread. Alabanza.

Praise Manhattan from a hundred and seven flights up,
like Atlantis glimpsed through the windows of an ancient aquarium.
Praise the great windows where immigrants from the kitchen
could squint and almost see their world, hear the chant of nations:
Ecuador, México, Republica Dominicana,
Haiti, Yemen, Ghana, Bangladesh.
Alabanza. Praise the kitchen in the morning,
where the gas burned blue on every stove
and exhaust fans fired their diminutive propellers,
hands cracked eggs with quick thumbs
or sliced open cartons to build an altar of cans.
Alabanza. Praise the busboy's music, the chime-chime
of his dishes and silverware in the tub.
Alabanza. Praise the dish-dog, the dishwasher
who worked that morning because another dishwasher
could not stop coughing, or because he needed overtime
to pile the sacks of rice and beans for a family
floating away on some Caribbean island plagued by frogs.
Alabanza. Praise the waitress who heard the radio in the kitchen
and sang to herself about a man gone. Alabanza.

After the thunder wilder than thunder,
after the booming ice storm of glass from the great windows,
after the radio stopped singing like a tree full of terrified frogs,
after night burst the dam of day and flooded the kitchen,
for a time the stoves glowed in darkness like the lighthouse in
Fajardo,
like a cook's soul. Soul I say, even if the dead cannot tell us
about the bristles of God's beard because God has no face,
soul I say, to name the smoke-beings flung in constellations
across the night sky of this city and cities to come.
Alabanza I say, even if God has no face.

Alabanza. When the war began, from Manhattan to Kabul
two constellations of smoke rose and drifted to each other,
mingling in icy air, and one said with an Afghan tongue:
Teach me to dance. We have no music here.
And the other said with a Spanish tongue:
I will teach you. Music is all we have.