For his 2003 novel, I Should Be Extremely Happy in Your Company, Brian Hall won acclaim for the way he used the intimate voice of fiction to capture the half-hidden personal stories of the Lewis and Clark expedition. In his new novel, Fall of Frost, Hall turns to the life of Robert Frost, arguably America's best-known poet. Told in short chapters, Hall's novel deftly weaves together the earlier parts of Frost's life with his final year, 1962, when, at age 88--and under the looming threat of the Cuban Missile Crisis--he made a visit to Russia. Mr. Hall will be appearing at the Central Library's Montgomery Auditorium at 7:00 p.m. on Tuesday, April 8. (This event is free--no tickets required.) He recently took a moment to chat with us about some of our favorite topics.

My hometown library, the Cary Memorial Library in Lexington, Massachusetts, was hugely important to me when I was growing up. My family did buy some books, but most of my childhood reading was of books from the library. From age six to 16, I was a science fiction fan, and read through most of the library’s holdings in that genre. Today, when I return to Lexington to visit my mother, I often go by Cary with my two daughters. Both girls are devoted book readers, but at Cary, my older daughter checks her email and surfs the net, while my younger daughter reads magazines and manga. Meanwhile, I go down to the bottom floor and look through the science fiction shelves. The library has been rebuilt twice since I was a child, and the stacks and rooms all look different. But I can find a few of the very copies of books I read as a kid, like the Nebula Award Stories Five (1970) I came across on my last visit. I sit in a comfy chair (there were none of those when I was a kid) and read those stories that swept me away 38 years ago, on the same paper I held then. Impossible to describe the depth of feeling of that, lost in the past, reading of the past’s future, holding my own past’s outgrown dreams.

Today I use the Tompkins County Library of Ithaca, New York for my pleasure reading (books out right now: two biographies of Carl Sagan, and Nabokov’s first novel, Mary; also a DVD of the 1983 BBC production of Shakespeare’s Henry VI, Part 2) and the Cornell University Library for my professional needs. I’m not affiliated with Cornell, so I pay the paltry sum of $250 a year for the privilege of access to--well, I can’t remember, is it six million volumes? Eight million? Is that, maybe, a thousand Libraries of Alexandria? Once at the circulation desk I overheard a foreign student asking the librarian how many books he could have out at one time on his card. The librarian answered, “Four hundred.” It was a fascinating and wonderful sight, watching the student’s face: the snicker at what was surely a joke, the wait for the real answer, the puzzlement when none was forthcoming, the slow incredulous dawning of the realization that the librarian wasn’t kidding.

Well, to name one would be arbitrary, so I’ll name several. I’ll also have to pick an age: so call me 12. Something Wicked This Way Comes, by Ray Bradbury. The Chronicles of Prydain, by Lloyd Alexander. The Tripods trilogy by John Christopher. The Foundation series, by Isaac Asimov.

It’s easier to answer this for when I was a child, since as an adult my emotional responses are too varied and ambivalent, and my reading history too long, to allow anything like a “favorite” to emerge. As regards my childhood, I’ll have to mention two, and one of them is from television: both boys, both like slightly older brothers, or anyway more mature and infinitely more interesting best friends, both named Will. The first is Will Parker, the main character in the Tripods trilogy, who saves Earth from alien occupation, and the second is Will Robinson, from the television show Lost in Space, who leaves Earth to confront aliens elsewhere. I had just turned six when Lost in Space first aired, and I fell in love with it instantly. I can still remember that Wednesday evening (7:30 p.m., September 15, 1965) with great clarity; my mother’s misconception that the show ended at 8:00, instead of 8:30, her call for me to get ready for bed halfway through the program, my anguished howl (fortunately successful) that I be allowed the extra half hour. Although this is a library questionnaire, I feel I must own up to the fact that the single greatest impact on my imaginative emotions as a child was that television program.

If I must answer this as an adult, I’ll skip the list, and just arbitrarily mention one name that would be somewhere on it, and which perhaps isn’t one of the usual suspects: Mohun Biswas, struggling would-be writer and powerless protagonist of V.S. Naipaul’s nearly perfect and heartbreaking comic novel, A House for Mr. Biswas.

Who are the three authors you think everyone should be required to read--which books would you start with?

That’s an easy one. I don’t think everyone should be required to read anything. That sounds to me like the death of any enjoyment of literature; and readers won’t get a thing out of something they don’t enjoy. I can only presume to say what’s good for me, so I’ll change this question to the classic one of which author I would take to a desert island if I could take only one. That’s also easy, and my answer’s hardly unusual: Shakespeare.

I always thought acting looked like a lot of fun. Actors, like writers, get to have the illusion of living different lives in this one life we’re allotted; it’s the only cheating of death I think we’re allowed. 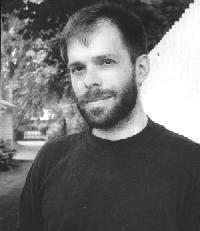