Belong to Me is Marisa de los Santos’s follow-up to her New York Times bestselling novel Love Walked In. With a focus on what happens when leaps of faith and twists of fate collide with carefully constructed outer images, Belong to Me is a “bewitching, warmhearted grown-up fairy tale” (Jennifer Weiner). One of many critically acclaimed authors who will be appearing at the Parkway Central Library during the second annual Philadelphia Book Festival on Saturday and Sunday, May 17 and 18, 2008, Ms. de los Santos recently took a moment to chat with us about some of our favorite topics.

My mother would take my sister and me to our local library, and I remember feeling this mix of reverence and giddiness, like I was entering a church and Disney World at the same time. We would spend hours, but it was never long enough, and we brought back stacks of books.

I read more as a kid than I do now, and I read quite a lot now, so I had many favorites. But I loved this series of books by Elizabeth Enright about the Melendys, a wonderful family that moves from New York City to a big, rambling house in the country. I hate to name a favorite of the four books in this series, but if I had to choose, I’d say it was The Four-Story Mistake.

I love Margaret Schlegel in E.M. Forster’s Howards End because she’s complex, smart, and funny, and she takes a group of miserable, alienated people and turns them into a family. It’s an incredibly heroic thing to do.

Who are the three authors you think everyone should be required to read--which books would you start with?

I’d love to be a principal dancer in a ballet company! 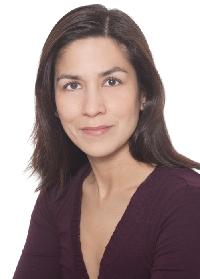