"A master of mood and atmosphere” (New York Times), Colin Harrison is the author of six thrillers, including Manhattan Nocturne, The Havana Room, and his latest, The Finder, a tale of global intrigue that reveals New York in all of its 21st-century splendor, greed, violence and desire. He spent six years as deputy editor of Harper’s Magazine and is now vice president and senior editor at Scribner. One of many critically acclaimed authors who will be appearing at the Parkway Central Library during the second annual Philadelphia Book Festival on Saturday and Sunday, May 17 and 18, 2008, Mr. Harrison recently took a moment to chat with us about some of our favorite topics.

Libraries are sacred places in that they hold and preserve our history and culture. I’m a great admirer of libraries. And they’re a great place to write, too; I composed part of this new book in two public libraries, in Riverhead, NY and in Southold, NY.

I read the mass market paperback of The Godfather when I was about 12 and nothing was ever the same again….

Who are the three authors you think everyone should be required to read—which books would you start with?

Well, I have that other job; I’m an editor and have been for 20 years. I think being a detective could be pretty interesting, if I could survive the human misery I’d see. 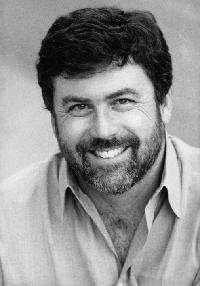 Colin Harrison
2 Comments | Add a Comment
They played a great role in my life through college. I basically lived there. and Once I left campus I could go to a better library system at UCLA versus Cal State. I loved it. I like information, details, and facts. I am just a explorer at heart. http://www.exploringabroad.com
Art Green - Example: Los Angeles
As a teen I always looked forward to my reading time, it was my favorite part of the day. I read a lot of sci-fi and fantasy novels which gave me a great escape away from my day to day life. I lead a busier life now that does not allow much time for personal reading, I think it is time to make a change and revive my favorite pastime. John the man.
Dr_john - Vancouver