The Free Library of Philadelphia is excited to welcome Siobhan A. Reardon as the new President and Director. She is the first woman to serve as President in the position’s 114-year history. Her selection was the culmination of a ten-month search chaired by Robert Heim and Kent McGuire and conducted by members of the Free Library’s Board of Trustees and the Free Library Foundation Board of Directors.

Before joining the Free Library, Ms. Reardon served as Executive Director of the Westchester Library System in New York, a 38-member cooperative library system. During her time at Westchester, she launched a public relations and branding program, increased county support by 45 percent, and implemented technological enhancements. Prior to that, Ms. Reardon worked as Deputy Executive Director of the Brooklyn Public Library, serving as Deputy Executive Director and Chief Operating Officer of the nation’s fifth largest library system. Her accomplishments during her tenure at the Brooklyn Public Library include tripling the size of the Library’s Foundation and spearheading a $15 million capital campaign for an auditorium and plaza for the Central Library. While there, she also served as Acting Executive Director and Director of Finance.

Ms. Reardon began her library career at New York Public Library in several finance roles, including Manager of Budget and Planning. She holds a B.A. from SUNY College at Purchase, an M.A. from Fordham University, and an M.L.S. from the Palmer School of Library Science at Long Island University. 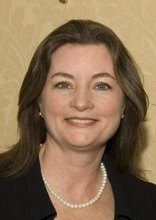