Get Lost in Star Trek

I was first introduced to Star Trek during my summer vacation in 9th grade.  It was 1994 and science fiction was big business, the television show The X Files had developed a huge following, and aliens were back in vogue. Every week day I spent the afternoon watching re-runs of Star Trek: The Next Generation episodes and was amazed at this future world, where star ships traveled at warp speed (faster than the speed of light) and their only mission was the exploration of the galaxy (“to go where no man has gone before”) and provide help where needed. For a slightly geeky teenager this was paradise.

But Star Trek wasn’t just an adventure show, it explored the controversial topics of war, peace, use of technology,  democracy, economics, religion, human rights, feminism, xenophobia, and racism,  and presented them all in allegories which left you to ponder and make your own decisions. The Next Generation caused me to watch the original Star Trek series (the one led by Captain Kirk and Spock). The television series was so successful (despite only being on air for three seasons) that it spawned five additional television series, 11 feature films, and a host of novels, comic books, and merchandise. The latest Star Trek film was released this month to great fanfare. Even Philadelphia’s own The Franklin has an exhibit on Star Trek, running from May 16 through September 20.

Below you will find a couple Star Trek films and books in the Free Library’s catalog. Please keep in mind many of these items have a limited quantities, so be prepared to place items on hold. But I’m sure if you’re a Star Trek enthusiast or just want to dig deeper into this fictional world, you won’t mind the wait. To find more Star Trek titles try searching our catalog. 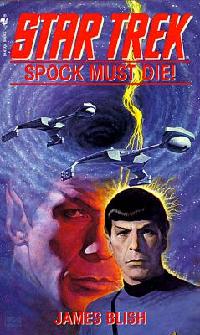