The literary world lost an important player on Wednesday when J.D. Salinger passed away at the age of 91. The author of The Catcher in the Rye, Franny and Zooey, Nine Stories, and Raise High the Roof Beam, Carpenters and Seymour: An Introduction, Salinger died at his home in Cornish, N.H. from natural causes. As the New York Times wrote, he was “famous for not wanting to be famous” and lived a life of seclusion for more than 50 years. His last printed work, Hapworth 16, 1924, appeared in the June 19, 1965 issue of The New Yorker. For more details on Salinger’s life and influence, check out the extensive New York Times obituary. And be sure to browse the Free Library catalog for our many Salinger-related materials!

Were you a fan? Did any of his books play a significant role in your life? Share your thoughts in the comments below! 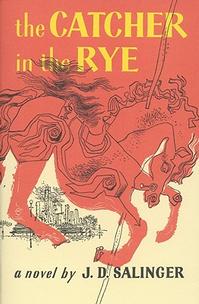 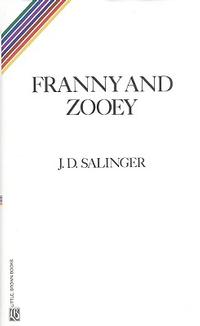 5 Comments | Add a Comment
I've finished reading The Catcher in the Rye..
Dave - Philadelphia
As a devoted follower of J.D. Salinger and all of his famous works, I also enjoyed knowing more about his life. Like during his early childhood, everyone called him "Sonny", rather than Jerome. Or feeling his frustration when his first love, Oona ONeil married someone else, someone who was so much older then Mr. Salinger. I am so sorry to see his passing, although his memory will continue forever through his works.
Maria Mekus - Canton, Georgia
Salinger was a genius and I still think that "Catcher in the Rye" is as relevant today as it was all those years ago.
Mark - Florida
Sad news, I really enjoyed The Catcher in the Rye when I read it.
Benjamin - NYC
This is one of the best books I've read. The reason I started reading it is because I'm a big Jonathan Taylor Thomas fan. He read the book and I wanted to read it too, and The Catcher In The Rye is actually now one of my favorite books. I love the way Holden expresses himself and just everything about it.I was charmed by Holden and his little quirks. The character is by no means boring, and though he does repeat things, it's in a very conversational way, you really do feel like he's talking to you, and you alone it's wonderful. I thoroughly enjoyed this book it was a great read.
Johanna - Camden