Howard Zinn passes away at 87

Author, teacher, historian, and political activist Howard Zinn died of a heart attack on Wednesday at age 87. Famous for his bestselling look at history—A People’s History of the United States—Zinn was born in New York in 1922 and attended his first political rally at age 17. After a stint with the Army Air Corps during World War II, Zinn attended New York University and Columbia University. As a department chairman at an all-black women’s school in 1956, Zinn was deeply involved in the civil right movement. Later, at Boston University, he opposed the Vietnam War. Since its publication in 1980, A People’s History of the United States has been taught in schools across the country and reached the 1 million sales mark in 2003. His other books include The Southern Mystique, LaGuardia in Congress, and You Can’t Be Neutral on a Moving Train.

Friend Noam Chomsky offered his respects and commented on Zinn’s “amazing contribution to American intellectual and moral culture.” Chomsky also said, “He’s changed the conscience of America in a highly constructive way… Both by his actions, and his writings for 50 years, he played a powerful role in helping and, in many ways, inspiring the Civil Rights movement and the anti-war movement.”

Have you read any of Howard Zinn's books? Did you pick it up on your own, or were you assigned to read it in school? What are your thoughts on his writings? As always, let us know in the comments section below! 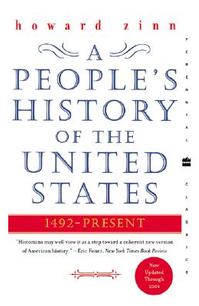 4 Comments | Add a Comment
My deep condolences for the lost. He is a great man. I really adore him so much. Farewell, Howard. Until we meet again at heaven. Regards, Alex
Alexis - Sydney
propeak - thailand
My deep condolences for the loss here as well. http://www.edocr.com/doc/5807/modern-nl-kortingscodes
Jaap - Holland
So sad for that... I read his bestselling book -- A People's History of the United States was great!
Wong - new york