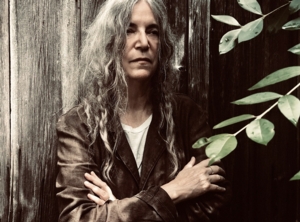 Patti Smith | Year of the Monkey

Patti Smith—dubbed the “punk poet laureate”—won a 2010 National Book Award for Just Kids, a “moving portrait of the artist as a young woman” (Los Angeles Times). Her 1975 debut album, Horses, is often cited as one of the greatest in music history. In addition to 11 other acclaimed records, her many books include Woolgathering, Devotion, and M Train, a meditation on the cafés, haunts, and geographies that have influenced her art. Ruminating on loss, aging, and America’s stormy political culture, Year of the Monkey follows Smith’s recent year-long solitary sojourn through real and imagined landscapes.

Seating in each section is general admission.
Each ticket includes a book.
You will collect your book at the venue as you enter the auditorium.
There will not be a book signing following the event.