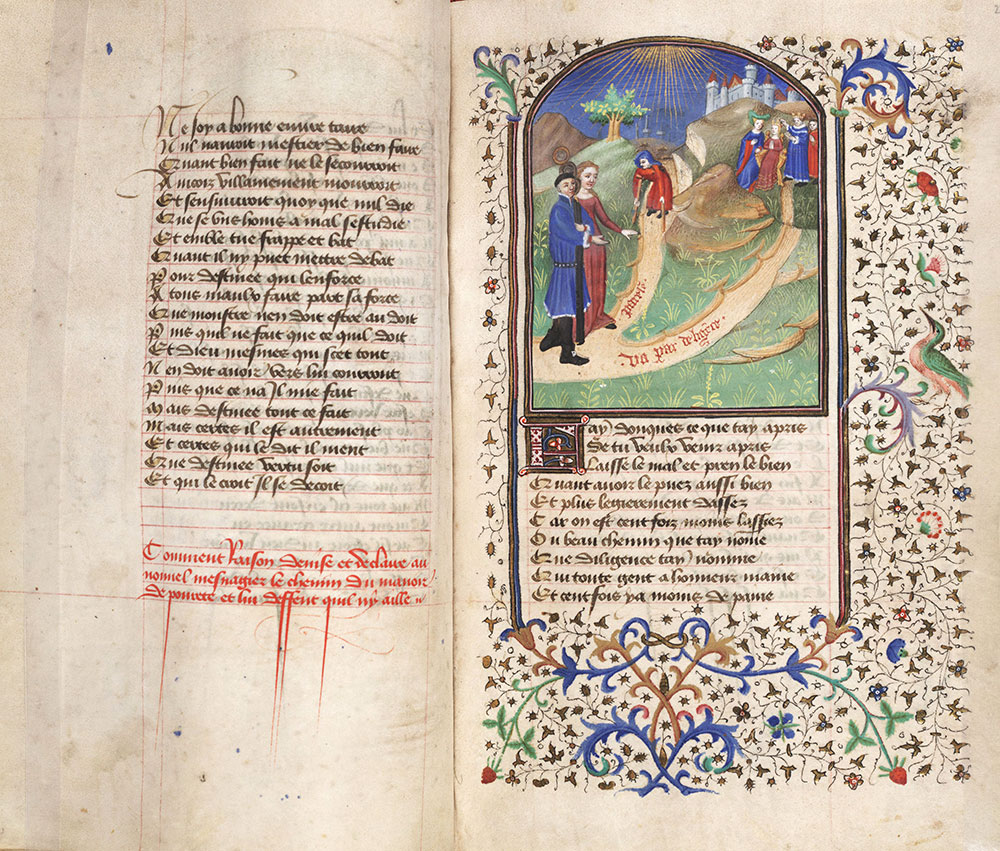 Item No: mcaw010270
Title: La voie de Povreté ou de Richesse (The Way of Poverty or of Wealth)
Script: Bastarda
Language: French
Folio Number: ff. 27v-28r
Source: Rare Book Department
Notes: Reason shows Newlywed the path to the House of Poverty
Notes: This manuscript, which has been dated to ca. 1430-1440, was previously attributed to a follower of the Bedford Master.
Notes: This miniature introduces the nineteenth chapter of the allegorical poem La Voie de Povreté ou de Richesse (The Way of Poverty or of Wealth), composed by the French poet Jacques Bruyant in ca. 1342. In this manuscript, the poem is called Le Livre de Chastel de Labour (The Book of the Castle of Labor) and comprises forty-six chapters. It is an allegory of the profits of hard work. The poem concerns Newlywed, as the hero is called, who is visited one night in a dream by Want, Necessity, Suffering, and Hunger. They scold him for not having found work. He is eventually saved by Reason who shows him the paths to a virtuous life. In this miniature, Reason and Newlywed stand at the juncture of two roads, one labeled "parese" (laziness), which leads to a figure representing poverty, while the other, labeled "par diligence" (by diligence), leads to figures who represent wealth.
Sirsi Catalog Key: 1466038
Country: Country:France
City/Town/Township:Paris 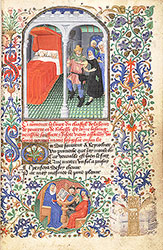 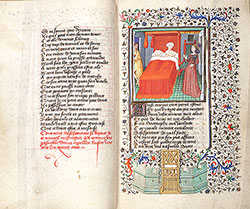 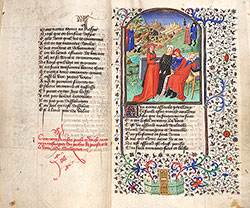 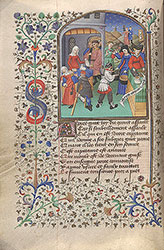 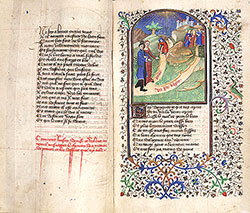 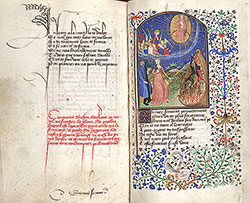 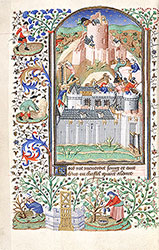 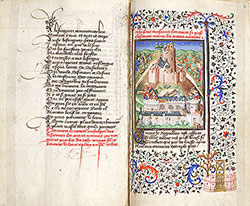