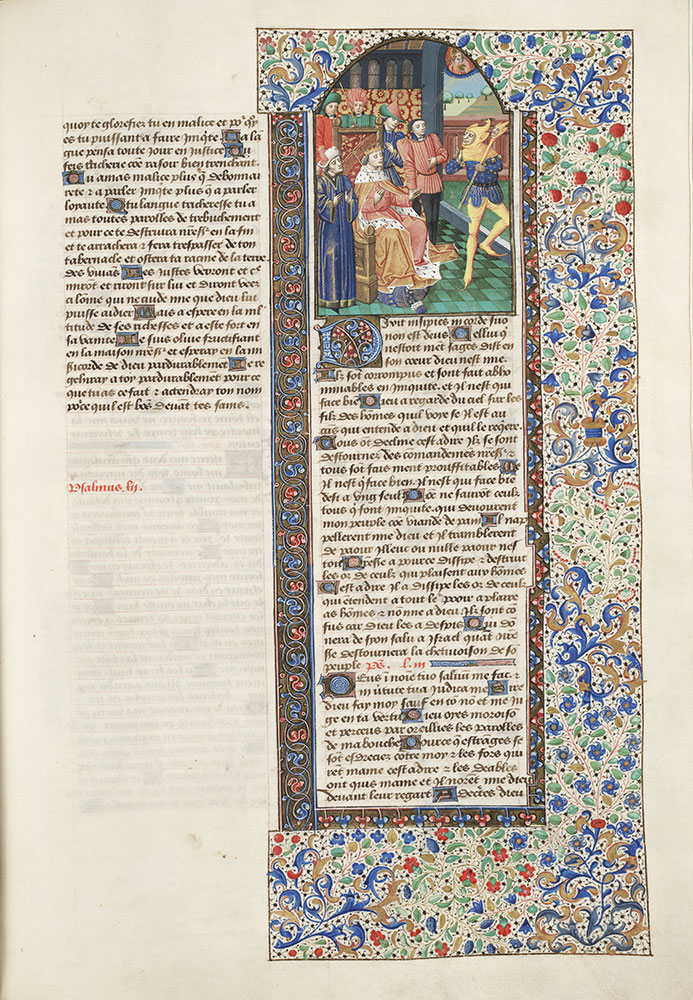 The manuscript is a French translation of the Latin Vulgate Bible. The miniature displayed illustrates Psalm 52, which begins "The fool has said in his heart there is no God." Taking inspiration from the text, the artist created a late medieval court scene: King David is entertained by a court jester, or fool, and the figures’ clothing reflect contemporary fifteenth century fashions.


Notes: A fool, beginning Psalm 52
Notes: Although this manuscript was produced in the fifteenth century, the text of this Bible is a copy of a thirteenth-century French translation of the Latin Vulgate, marking an early attempt in the Church's history to render the sacred words of the Bible into a language that more people could understand. The manuscript was illuminated by two different artists from the workshop of the Master of the Échevinage de Rouen, an illuminator named after a group of chronicles made for the municipal patrons, known as the échevins, of Rouen.

Psalm 52, which begins, "The fool said in his heart there is no God," is often illustrated by the figure of a fool. The fool in this miniature recalls the figure of a medieval court jester.
Sirsi Catalog Key: 1457695
Country: Country:France
City/Town/Township:Rouen 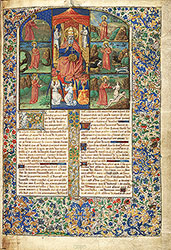 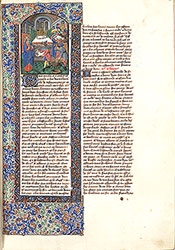 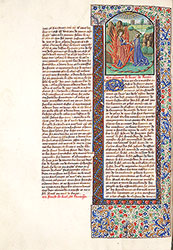 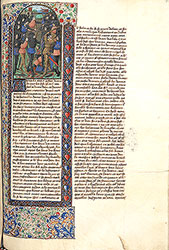 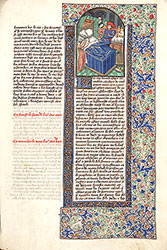 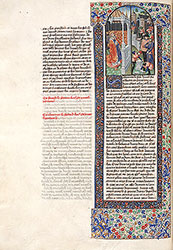 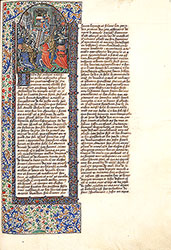 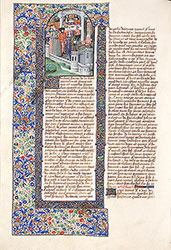 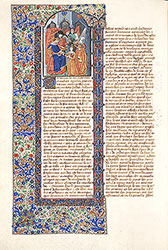 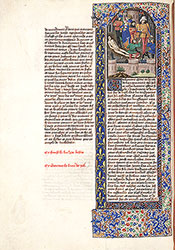 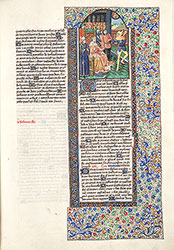 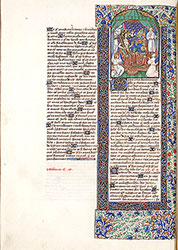 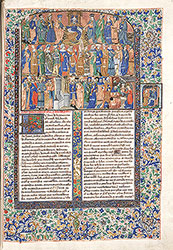 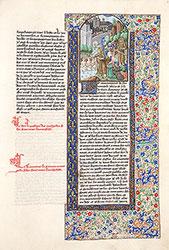 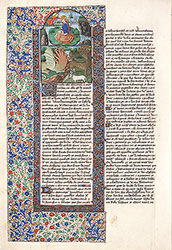