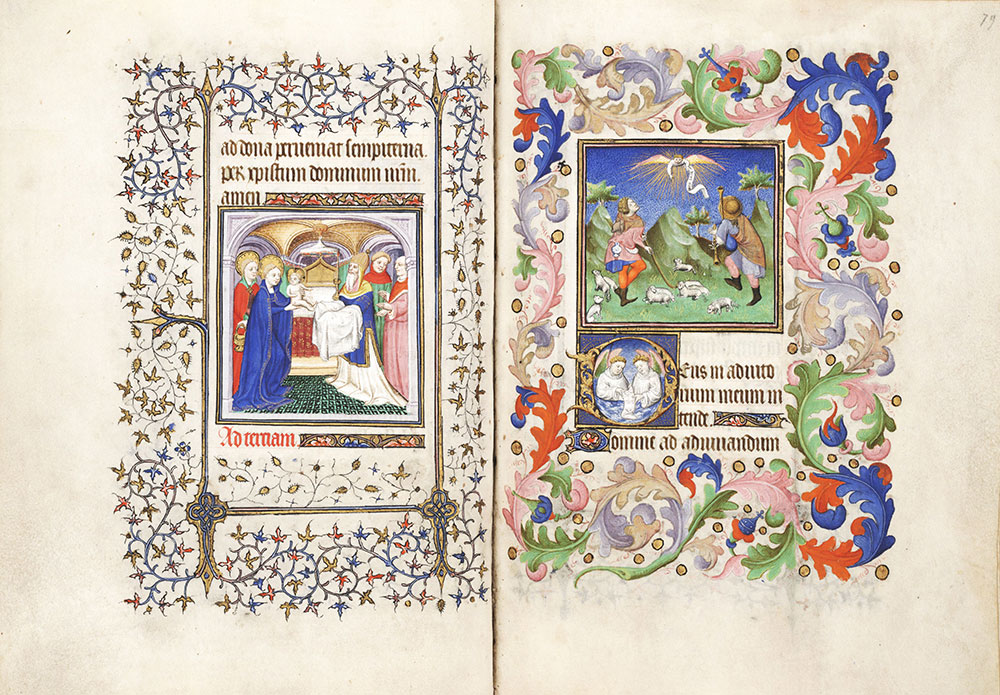 The most popular Christian devotional book from the 14th and 15th centuries, a book of hours takes its name from the “Hours of the Virgin:” a collection of prayers derived from the Divine Office, which are the official sets of prayers for the hours of the day. Manuscript books of hours were custom made, and many extant copies show evidence of heavy use, indicating they were taken seriously for personal devotion.


Notes: Opening with the Presentation in the Temple and the Annunciation to the Shepherds
Notes: This manuscript has been dated to ca. 1415-1420.
Notes: This opening marks the end of Prime and the beginning of the Hours of the Virgin. The contrasting styles displayed in the two miniatures and the border decoration indicate the work of two different artists. The work of four, possibly five, artists has been detected in this manuscript. In the later Middle Ages, illuminated manuscripts were most often produced in workshops that employed several artists. These commercial workshops developed in response to the growing demand in lay society for beautifully illuminated manuscripts.
Sirsi Catalog Key: 1466040
Country: Country:France
City/Town/Township:Paris 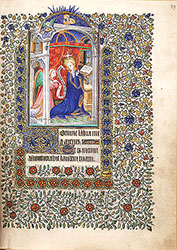 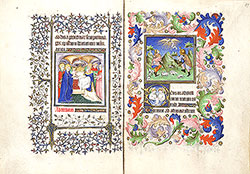 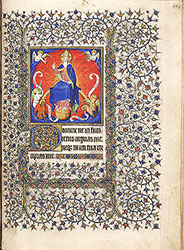 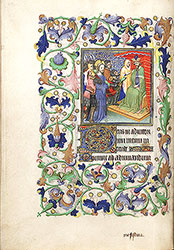 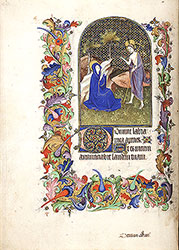 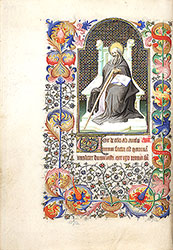 (1425). Book of Hours, use of Paris. Retrieved from https://libwww.freelibrary.org/digital/item/1455