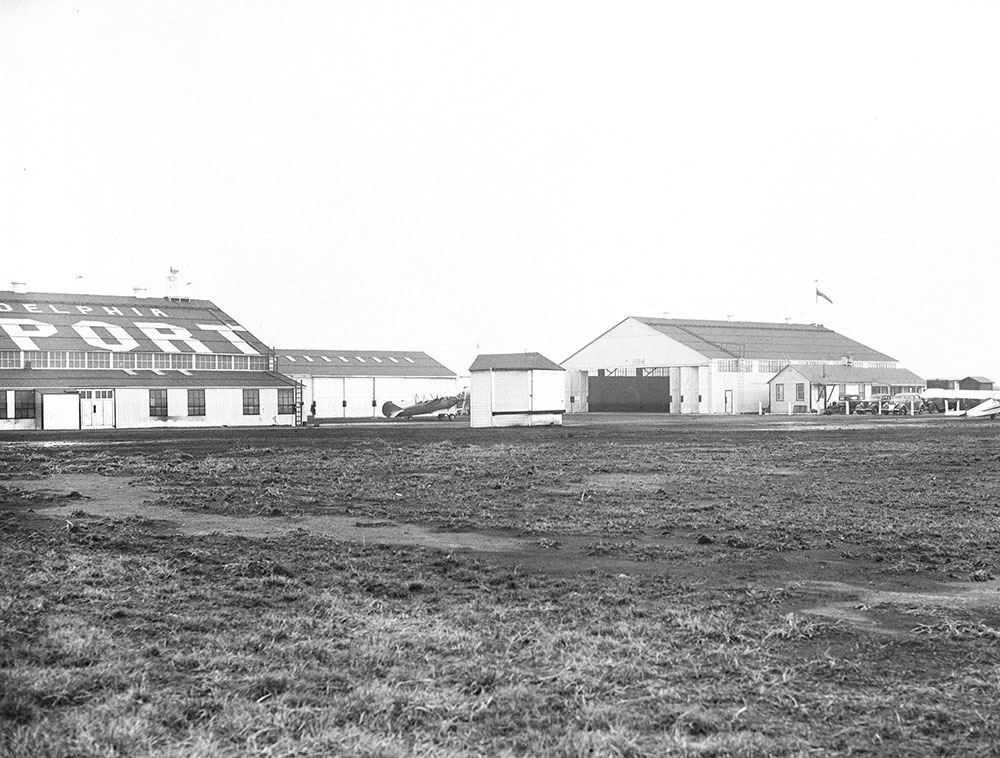 In 1925, the City provided a 125-acre area, referred to as Philadelphia Municipal Airport, for use as an aviation training site for the Pennsylvania National Guard.  In 1930, Hog Island, an adjoining 1000-acre site, was purchased, to expand the airport for commercial flights.  However, the Great Depression delayed construction of a terminal building and landing field until 1937, and the official opening of Philadelphia Municipal Airport was in 1940.  In 1945, when transatlantic service began at the airport, it was renamed Philadelphia International Airport.