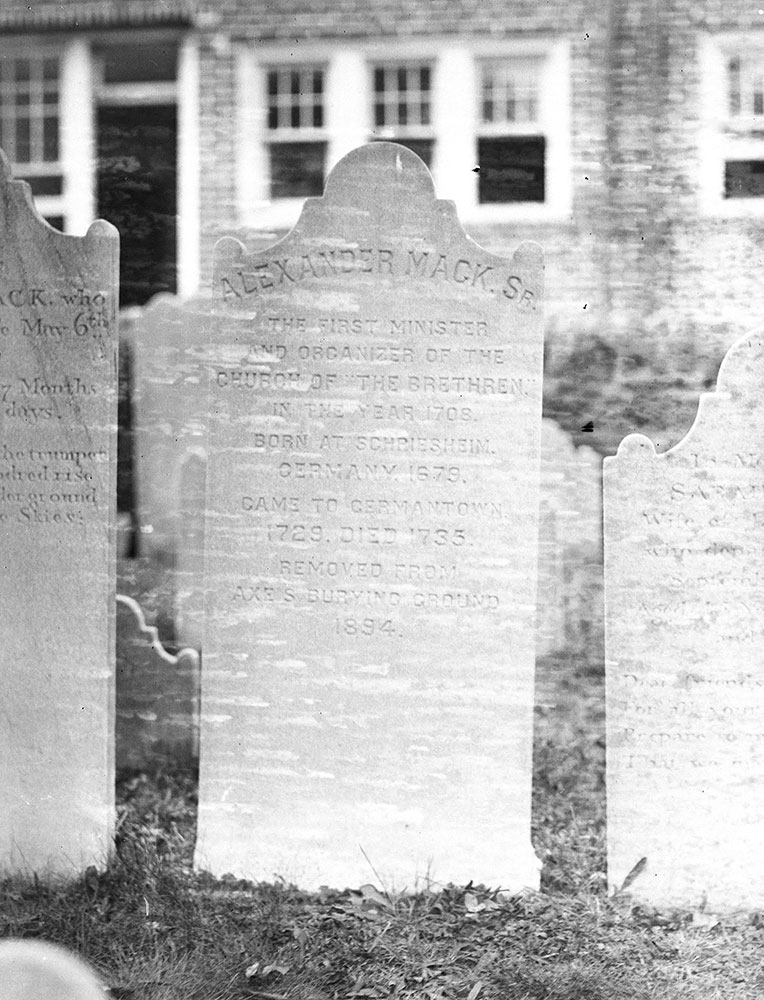 Alexander Mack, Sr., was the founder of the anabaptist Protestant sect, the Schwarzenau Brethren, in Germany in 1709.  Seeking religious freedom in America, some members of the group moved to Germantown, Pennsylvania, in 1719; Mack and his family joined them ten years later, and he founded the Church of the Brethren in 1729.  He was a humble man and requested a minimal headstone for his gravesite.  He was originally buried in 1735, in what was then called Axe's Burying Ground in Germantown (today, the Upper Burial Ground), not far from his church.  His remains were later moved in 1894, to the family plot behind the church he founded, and the second headstone is shown in this 1924 image.  For an image of the previous headstone, see the next item, #pdch00087.