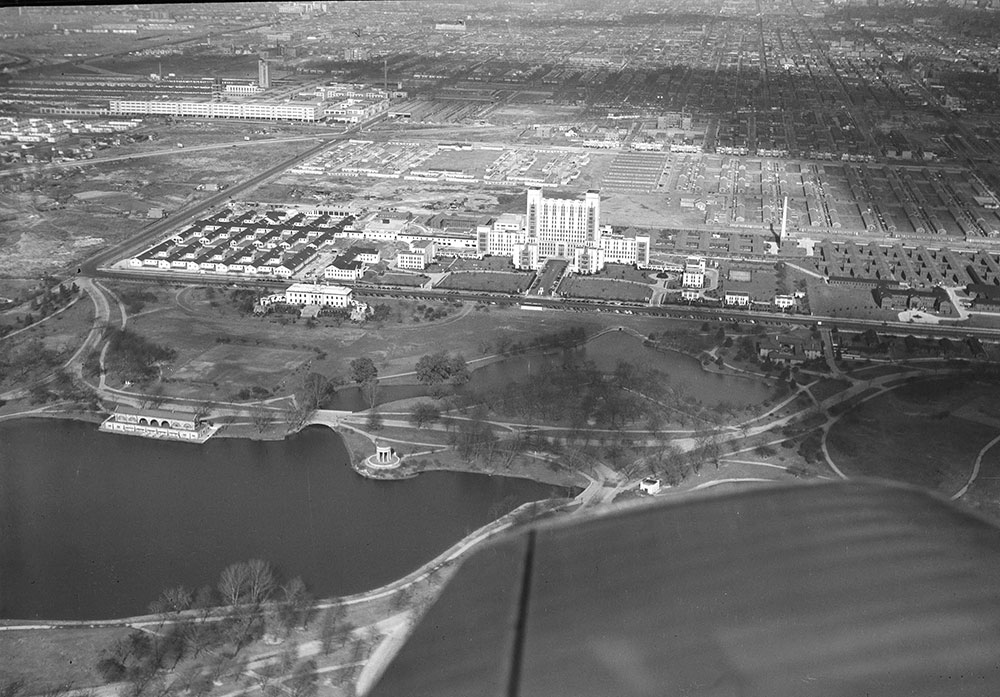 This January 1946 image shows an aerial view of the United States Naval Hospital, occupying a 49-acre campus of 56 buildings, and located on the north side of Pattison Avenue, between Broad & 20th Streets.  The main building was a 15-story Art Deco structure, designed by Karcher and Smith architects, and built in 1935.  It was hailed as a state-of-the-art medical facility, and served an important role for the Navy, Marines, and Coast Guard during World War II.  By the 1970s, its use was declining.  Slated for removal in 1988, it was finally demolished in 2001 and developed as an office.  The American Swedish Museum (opened in 1938) can also be seen in this image, prominently situated on the south side of Pattison Avenue; it is still an active museum today.