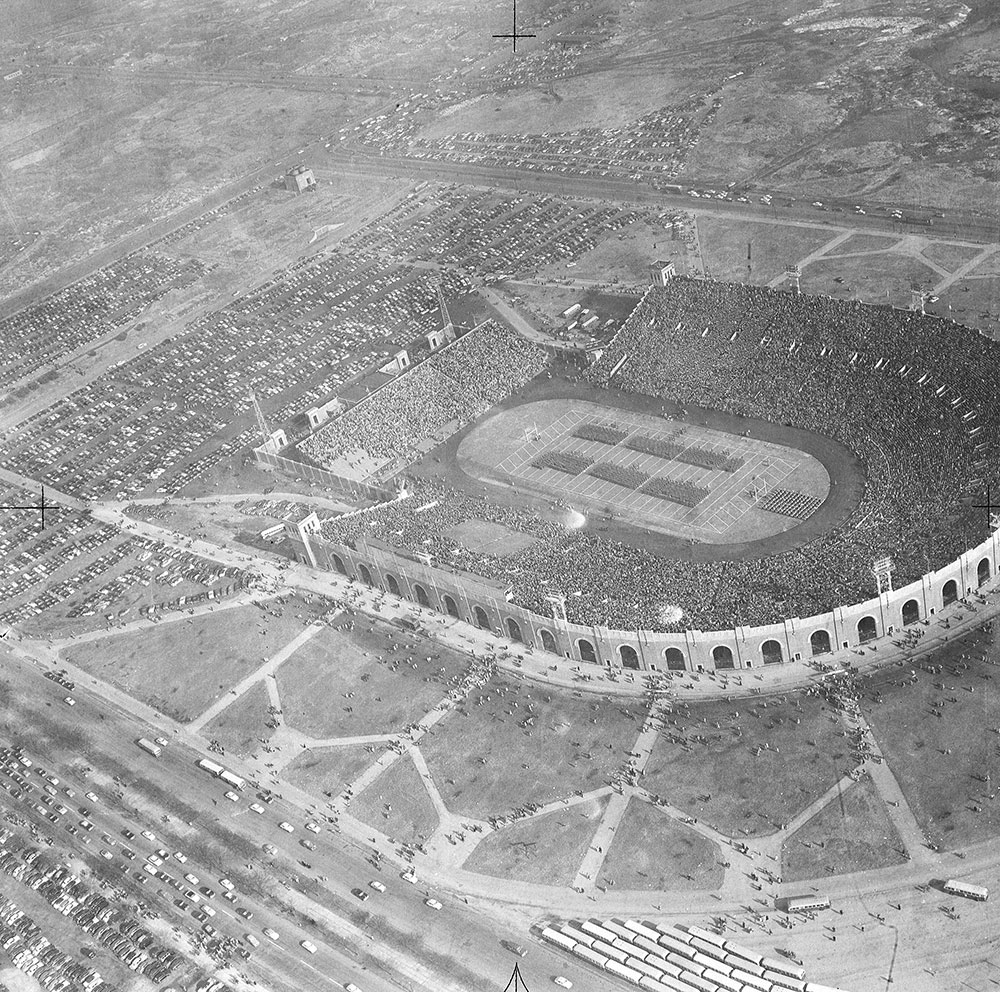 This 1951 image shows the Philadelphia Municipal Stadium (later named John F. Kennedy Stadium), designed by architectural firm Simon & Simon. The stadium hosted a broad range of sports and concerts from 1926-1992, but its most widely-known use was as "neutral" territory for 41 annual Army-Navy football games, between 1936-1979.  This image shows a capacity crowd for the Army-Navy game.