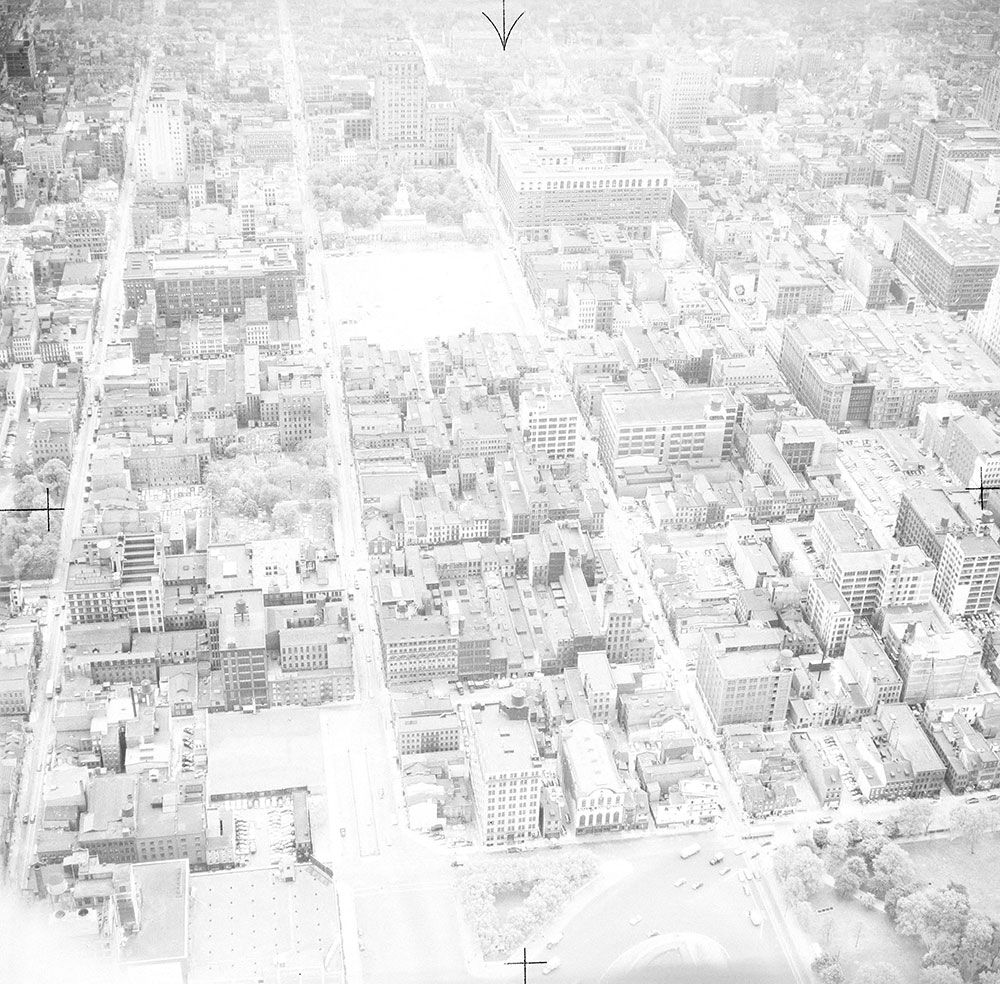 Construction activities for Independence Mall began in 1947, to include the three blocks north of Independence Hall (faintly seen at the top of this image), bound by 5th and 6th Streets. This 1952 aerial view, looking south from Race Street, shows buildings already cleared from Block One (Chestnut to Market Streets).  The Mall officially opened to the public in 1956, work having been completed on Block One, and the first third of Block Two (Market to Arch Streets).  By the mid-1960s, demolition of the remaining non-historic buildings was finished, and the National Park Service eventually took ownership and operation of the completed Mall in 1974.  The area’s formal name is Independence National Historical Park (INHP), but it is still most often referred to as Independence Mall.