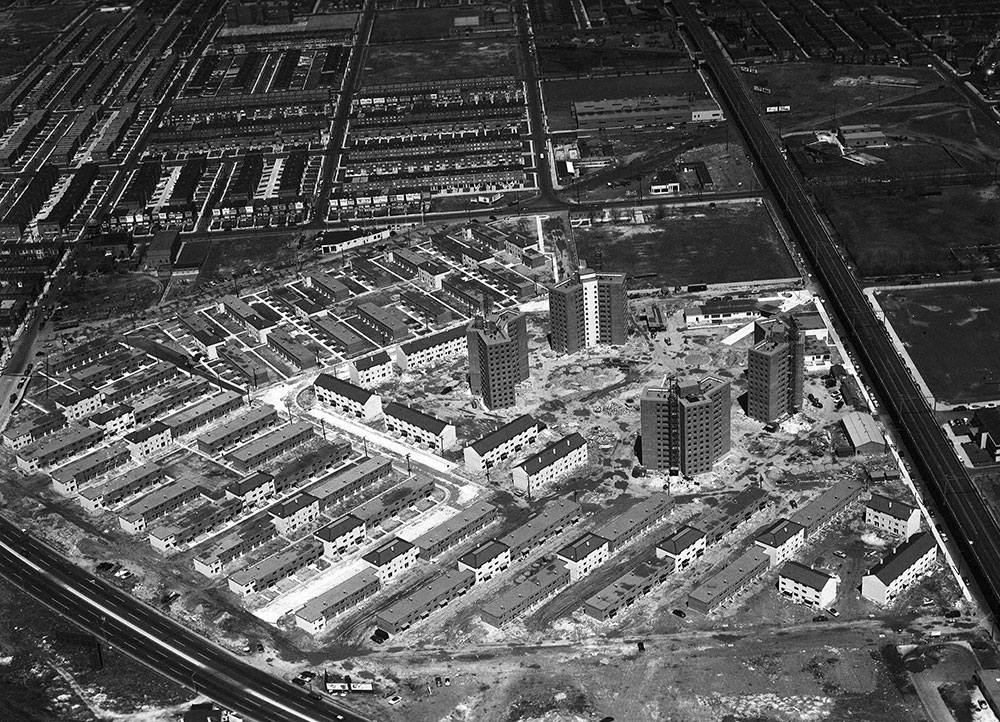 This April 20, 1954, image shows an aerial view of the newly-built Wilson Park Apartments, bordered by the Schuylkill Experssway (lower left corner), 25th Street (right), and Point Breeze Avenue (top).  It appears that construction of the walkways and landscaping are still unfinished, at the time of this photograph.  The first families moved in a few months later.  This was a public housing project of the Philadelphia Housing Authority, consisting of both of high- and low-rise apartment buildings.  There have been several upgrades since then, the most recent being in 2008.