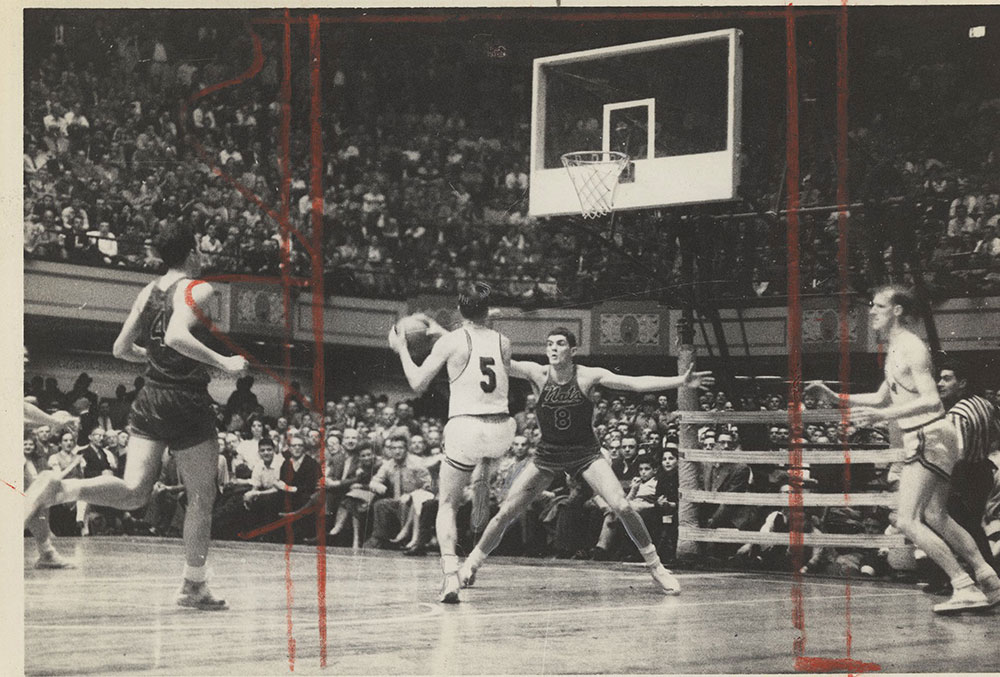 This game was played in West Philadelphia's then Covention Hall, at 3400 Civic Center Boulevard.  Convention Hall was closed in 1996 and demolished in 2005.  It had already been replaced by the Pennsylvania Convention Center at 1101 Arch Street, in 1993.