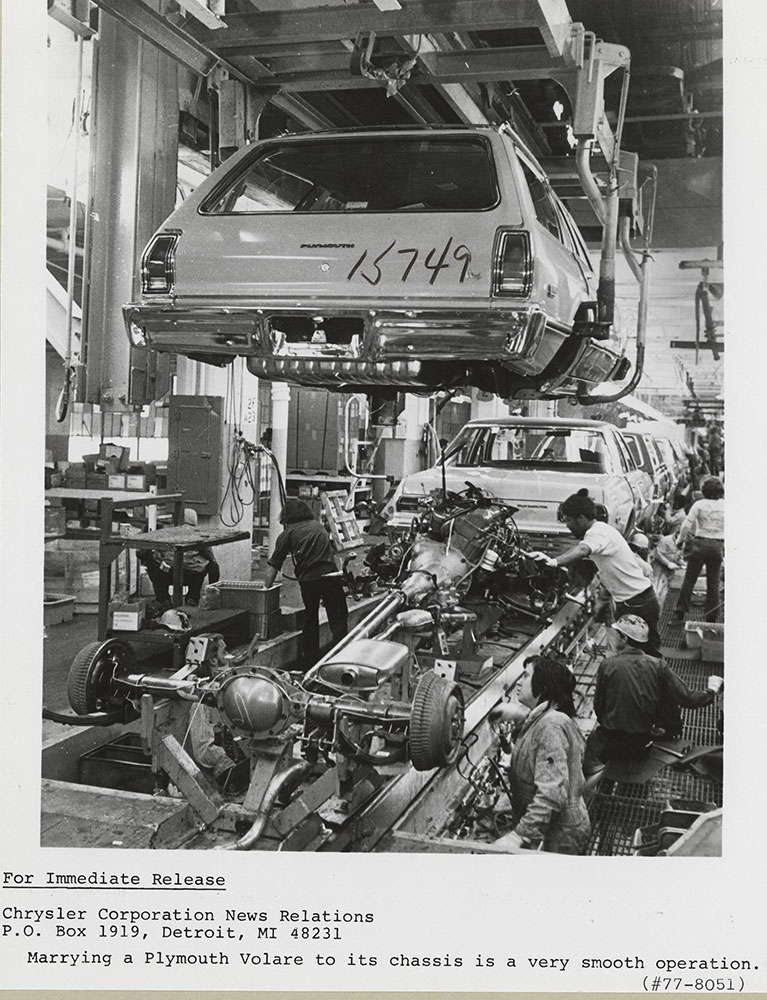 Marrying a Plymouth Volare to its chassis is a very smooth operation.

No picture better tells the story of automobile production than that

of bodies coming down the assembly line. Those above are shown on the polishing

and buffing line at a plant of the Fisher Body Division of General Motors.

Thomas P. Archer, vice president of General Motors and general manager of the

Fisher Body Division, has announced that bodies now are being built on a volume