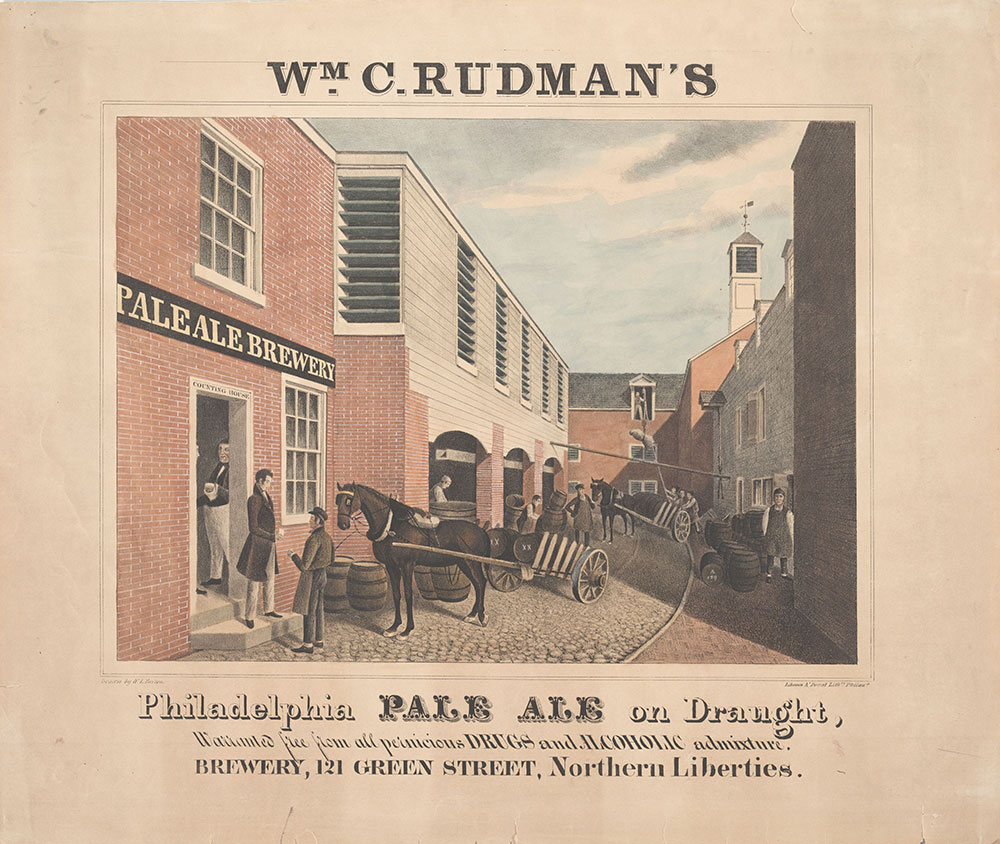 Advertisement looking down the alley way of the brewery, also known as Eagle Brewery, established in 1829. Includes the "Pale Ale Brewery Counting House" (left) and adjoining and adjacent processing buildings. In the foreground, within the doorway of the red brick counting house, a clerk interacts with a drayman. The brewery employee hands the driver a small piece of paper as the deliveryman also holds the reigns of his horse harnessed to a dray loaded with beer barrels. The horse wears blinders. Behind the clerk, a gentleman holding a mug of beer stands with another man in the doorway. In the alley, laborers, some in aprons, transport barrels out off a three-archway storage building, pause near a dray loaded with barrels, and stand by a row of barrels near a doorway of a building opposite the counting house. In the background, other workers hoist a sack to an upper receiving door of a building. Also shows a pipe extending between the storage house and the building lined with kegs. Brewery operated from 121, i.e., 309-311 Green Street 1829-1862. Brewery purchased by Robert Gray.