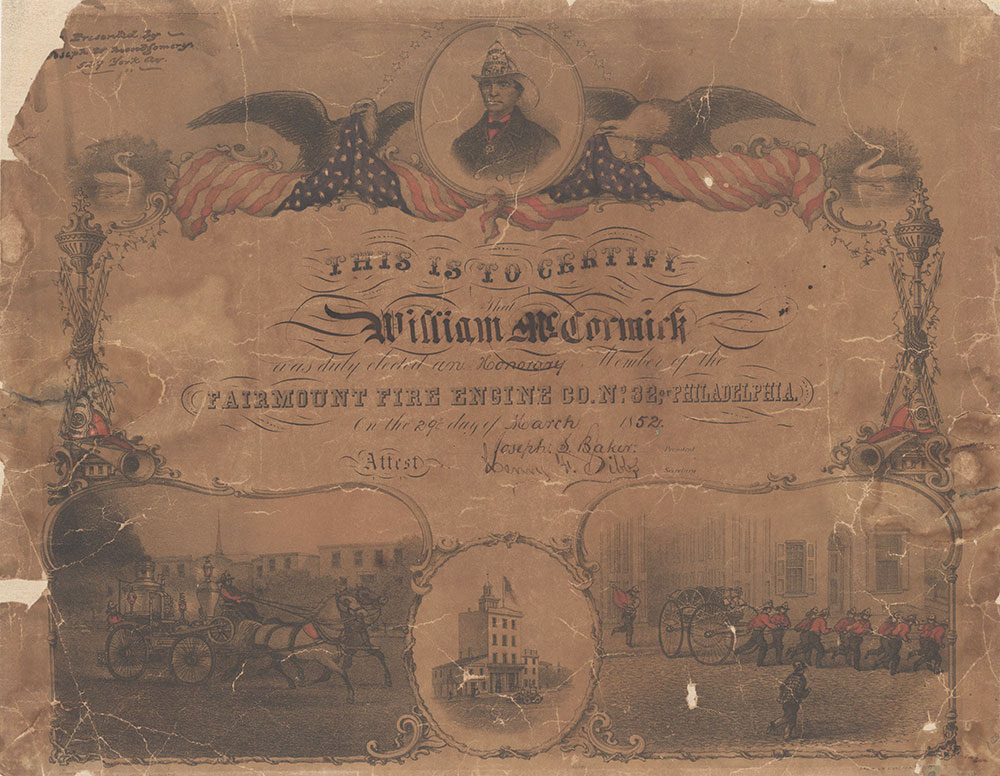 Honorary membership certificate containing firefighting vignettes, scenes, and pictorial elements. Shows the company horse-drawn steam engine, manned by two volunteers, racing down a street; several firefighters drawing the hose carriage while a man runs in the street beside them; and an exterior view of the station house at Ridge Avenue above Wood Street in Spring Garden. The company engine is parked in front. Also contains, at the top of the certificate, a bust portrait of the "Chief Engineer D.M.L" attired in his fire fighter's hat and coat. Pictorial elements depict bundles of fire fighting equipment, including hats, horns, ladders, and a rope designed as side borders; eagles holding the American flag in their beaks, and swans gliding on water. Fairmount Company, organized in 1823 and incorporated in 1850, was established after the dissolution of the Whale Fire Company. Butchers comprised much of the early membership.